Join Central City in celebrating the harvest of the season in their new Downtown Vancouver restaurant location on September 1st as they host The Great Pumpkin Party. This dinner event will be the official launch of Central City’s newest beer: Patrick O’ Pumpkin. This barrel-aged imperial pumpkin ale is a full-bodied, spiced pumpkin ale that’s been aged in bourbon barrels, producing a rich and flavourful beer. Back by popular demand, the Red Racer Spiced Pumpkin Ale will also return for the season on the same night. 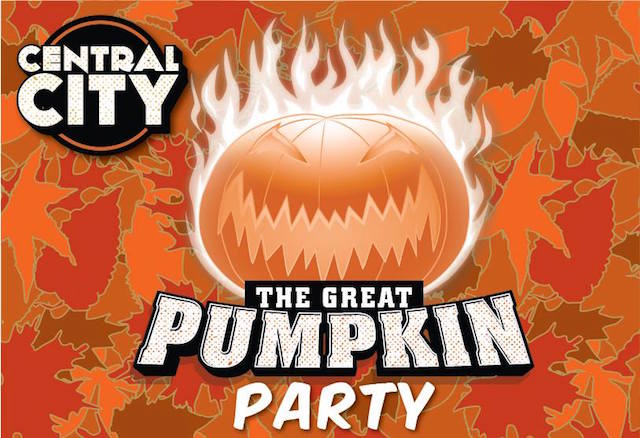 I have 4 pairs of tickets to give away to The Great Pumpkin Party at the new Central City location on Beatty Street. Here’s how you can enter to win:

Follow Central City on Twitter and Facebook for more information. Must be 19+. Please enjoy responsibly. I will draw four winners at random from all entries at 12:00pm on Wednesday, August 26, 2015.