Canada’s best-known improvisor, Colin Mochrie, will team up with Vancouver TheatreSports League (“VTSL”) for three special shows this month at the Improv Centre on Granville Island. Colin is an alumnus of both VTSL and Toronto’s Second City comedy troupes and he was a regular on both the British and American versions of Whose Line Is It Anyway. 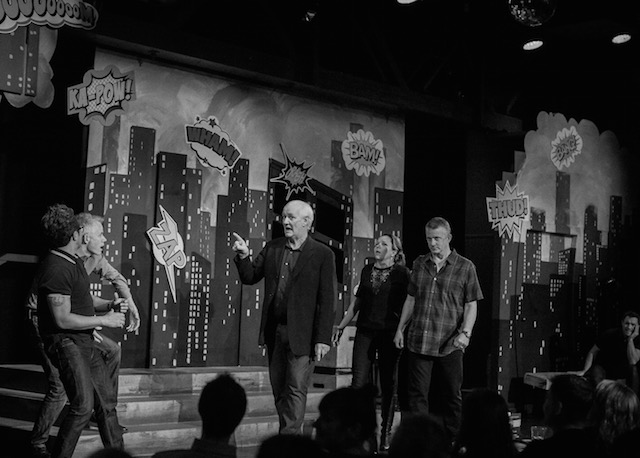 His time with VTSL starts Thursday, August 20th with An Intimate Evening with Colin, which includes a catered pre-show reception by the Lazy Gourmet, a complimentary glass of bubbly, along with a post-performance Q&A with Mochrie.

An Intimate Evening with Colin
The Improv Centre on Granville Island (1502 Duranleau Street)
Thursday, August 20, 2015 at 7:30pm
$125 per person (plus fees and taxes)
Buy tickets online

VTSL has offered up a pair of tickets to the 10:00pm Colin Mochrie & Friends show on August 22nd. Here’s how you can enter to win:

Follow Vancouver TheatreSports League on Facebook and Twitter for more information. I will draw one winner at random from all entries at 9:00pm on Thursday, August 13, 2015.

Update The winner is @RobHodkinson!