School’s out, summer’s here, and The Arts Club Theatre Company’s production of Les Misérables is on stage this July and August. Too hot out? Rainy (let’s hope)? Escape to the lovely neoclassical Stanley Theatre to enjoy Victor Hugo’s tale again, or for the first time. 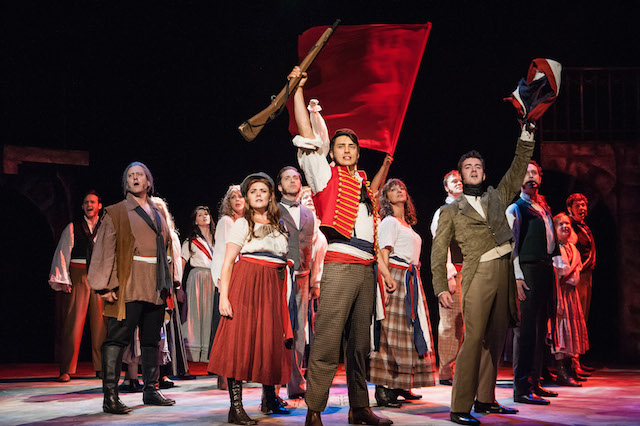 I have seen Les Misérables four times on stage now and I, along with my niece who came with me to a matinée this week and had only seen the recent film version, thoroughly enjoyed The Arts Club’s production.

For those that know the story, you’ll be able to follow along quite well and if you’re unfamiliar with the theatrical adaptation (music by Claude-Michel Schönberg, original lyrics by Alain Boublil, based on the novel by Victor Hugo) then you can pick up “Bill’s Notes” in the lobby. A play on Cliff’s Notes/Coles Notes, this comprehensive guide (with spoiler alerts) is penned by Artistic Managing Director Bill Millerd and contains insights about the story, the production, and a hearty history lesson about 19th century France. 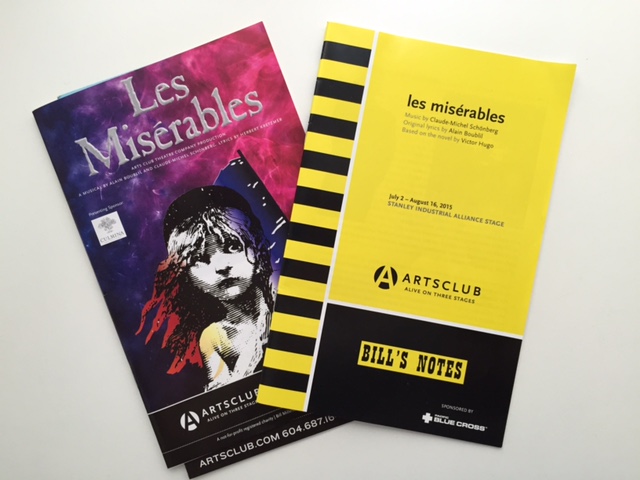 Once the lights go out, prepare to be captivated. The ensemble was one of the strongest I’ve ever heard from The Arts Club, and performances by Keiran Martin Murphy (Jean Valjean), Warren Kimmel (Javert), and Jennie Neumann (Eponine) were standouts for me, the best portrayals of those characters I have seen to date.

The Thénardiers, thieving, scheming and absurdly amusing pair played by Nicola Lipman and Andrew Wheeler, relax the audience of this heavy historical drama with their raunchy comic relief. The costumes, from rags to stain ballgowns, bows and bonnets were impeccable, along with the set these creative elements were both of the quality and calibre you would expect from the professional and award-winning teams at The Arts Club. But it was those voices that stole the show. 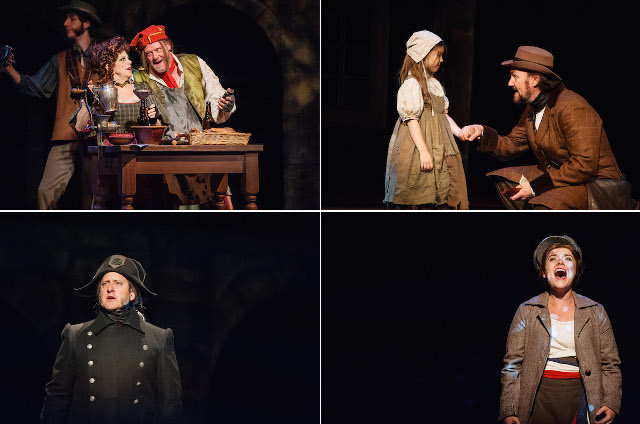 The children, Jaime Olivia MacLean as Young Cossette and Cameron Andres as Gavroche, both with years of performing arts experience proved that they are already bright shining stars in the Vancouver theatre community. This production is captivating, enthralling, and I got goosebumps several times — and it wasn’t from the cool stream of air flowing from the temperature-controlled theatre.

Les Misérables will be live at The Stanley Industrial Alliance Stage, for 2:00pm, 7:30pm or 8:00pm shows on select days through to August 16, 2015. Tickets are available online from $39 including same-day student rush tickets (sponsored by TD) available online as well.

I have a pair of tickets to give away to Les Misérables this summer, courtesy of The Arts Club. Here’s how you can enter to win:

I will draw one winner at random from all entries at 12:00pm on Friday, July 24, 2015. Saturday performances excluded. Follow The Arts Club on Facebook and Twitter for more information about their productions.

Update The winner is Julia!

Share57
Tweet
Share
Pin
Email
Reddit
WhatsApp
57 Shares
Current Contests on Miss604
*All contests are open to residents of Canada only, unless otherwise stated. Contest timelines are published on each individual post along with entry methods. Some contests may only be open to those 19 years of age and older. Winners are announced on the contest blog posts. Contest policy »