Theatre Under the Stars (“TUTS”) is ramping up for another season of entertainment at Malkin Bowl in Stanley Park. Tickets are now on sale for this summer’s shows: Oliver! The Musical and Hairspray – The Broadway Musical running on alternating evenings, July 10 to August 22, 2015. 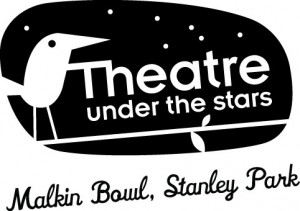 Celebrating 75 years of song-and-dance filled productions, TUTS shines the spotlight on two of Broadway’s adored underdogs – one, a loveable orphan, the other an unexpected teenage heroine with big heart and big dreams.

From Director Shel Piercy, Oliver! – based on Dickens’ iconic novel – follows a young orphan on a harrowing adventure through the streets of Victorian London, starring Stephen Aberle (Fagin/Mr. Brownlow), Damon Calderwood (Bill Sykes/Mr. Bumble), E. Marie West (Nancy), and Carly Ronning in her TUTS debut as Oliver. As a thrilling addition prior to performances, the Malkin Bowl will be fully transformed into an 1840s Village Country Fair, treating audiences to authentic food stalls, foot races, sing-a-longs, and more.

Enjoy an evening in Stanley Park, Vancouver’s crown jewel, grab a grilled salmon dinner at Malkin Bowl’s Garden Cafe, and be entertained in the open air on a warm summer night.

Win Tickets to Theatre Under the Stars

If you would like to attend one of this season’s exciting shows at Theatre Under the Stars, I have a Family Four Pack of tickets to give away. Here’s how you can enter to win:

I will draw one winner who will be able to select their performance date of choice this season. Contest closes at 12:00pm on Thursday, July 2, 2015.

Connect with TUTS Vancouver on Twitter and Facebook for the latest news, ticket offers, and special event information.

Update The winner is Claire!

Also on Miss604.com
« Archive Photo of the Day: Bayshore Pool
Where to Take Photos of Northern Lights in Metro Vancouver »