For the 15th year, Heritage Vancouver has release its annual list of the Top 10 Endangered Heritage Sites in Vancouver. From schools and churches to houses to hospitals, these sites are noted for the critical threats facing their existence and their significance to their communities. 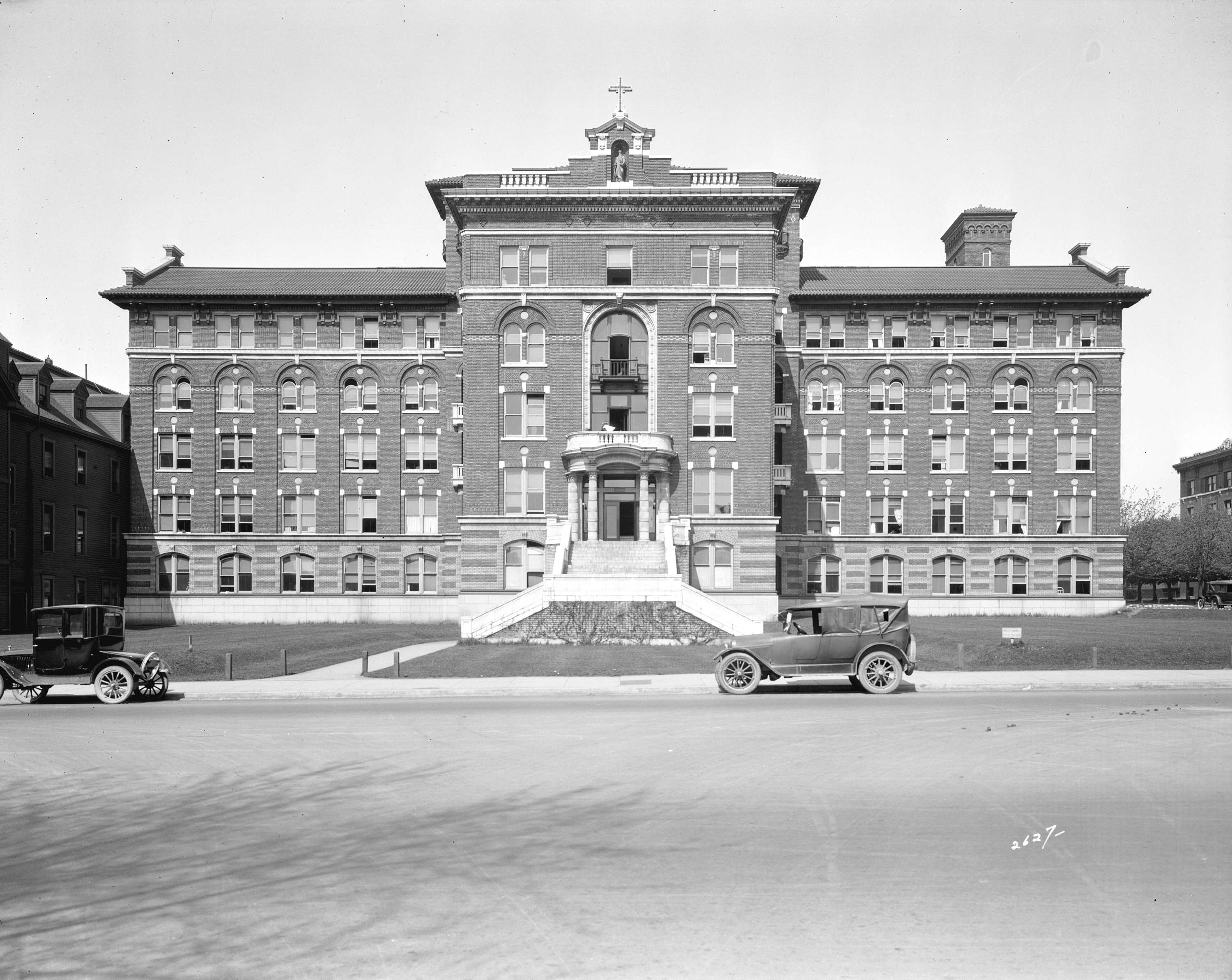 #1 Point Grey Secondary School (1929)
Point Grey Secondary School is an important and impressive historical landmark in the Kerrisdale community. Built in 1929, it is one of Vancouver’s oldest, prominent and significant high schools. It is currently threatened by the Vancouver School Board’s approach to the seismic mitigation program. Many other heritage schools in Vancouver have already been lost, and it is time to stem the tide.

#2 St. Paul’s Hospital – Burrard Building (1912-13, 1930)
On April 13, 2015 the Province of BC and Providence Health Care announced plans to move St. Paul’s Hospital from its historic Burrard Street location to a new health care campus on Station Street. The existing site would be sold for residential and commercial development in order to generate a major part of the $1 billion-plus budget for the new facilities. This jeopardizes the future of the historic Burrard Building.

#3 Oakridge United Church (1949)
This is the second year in a row that heritage churches are featured on our Top10 Watch List. At 305 West 41st Avenue, the distinctive Oakridge United Church is threatened with demolition. There is declining attendance at the two congregations that share the church and only the St. Giles Community Preschool, which occupies the lower level, is thriving. There is a proposal to build a 6-storey residential building as allowed under the new Cambie Corridor Plan. This would accommodate a small church facility, but would displace the Preschool.

#4 Marine Garden’s Townhouses: Mid-century Housing Innovation
Featured during the Habitat ’76 UN-sponsored convference, was the Marine Gardens townhouse complex at SW Marine Drive and Cambie Street. Designed in 1974 by architect Michael Katz and landscape maven Cornelia Oberlander, the complex was a utopian example of how to provide dense living (45 units/acre) while maintaining a caring community and generous tree-filled public spaces for families to play in. Since then, this model has demonstrated how livable this community is; 70 family-sized units available at an affordable price have provided space for many families to grow. This fragment of a more visionary time will soon be demolished in favour of two anonymous glass towers. 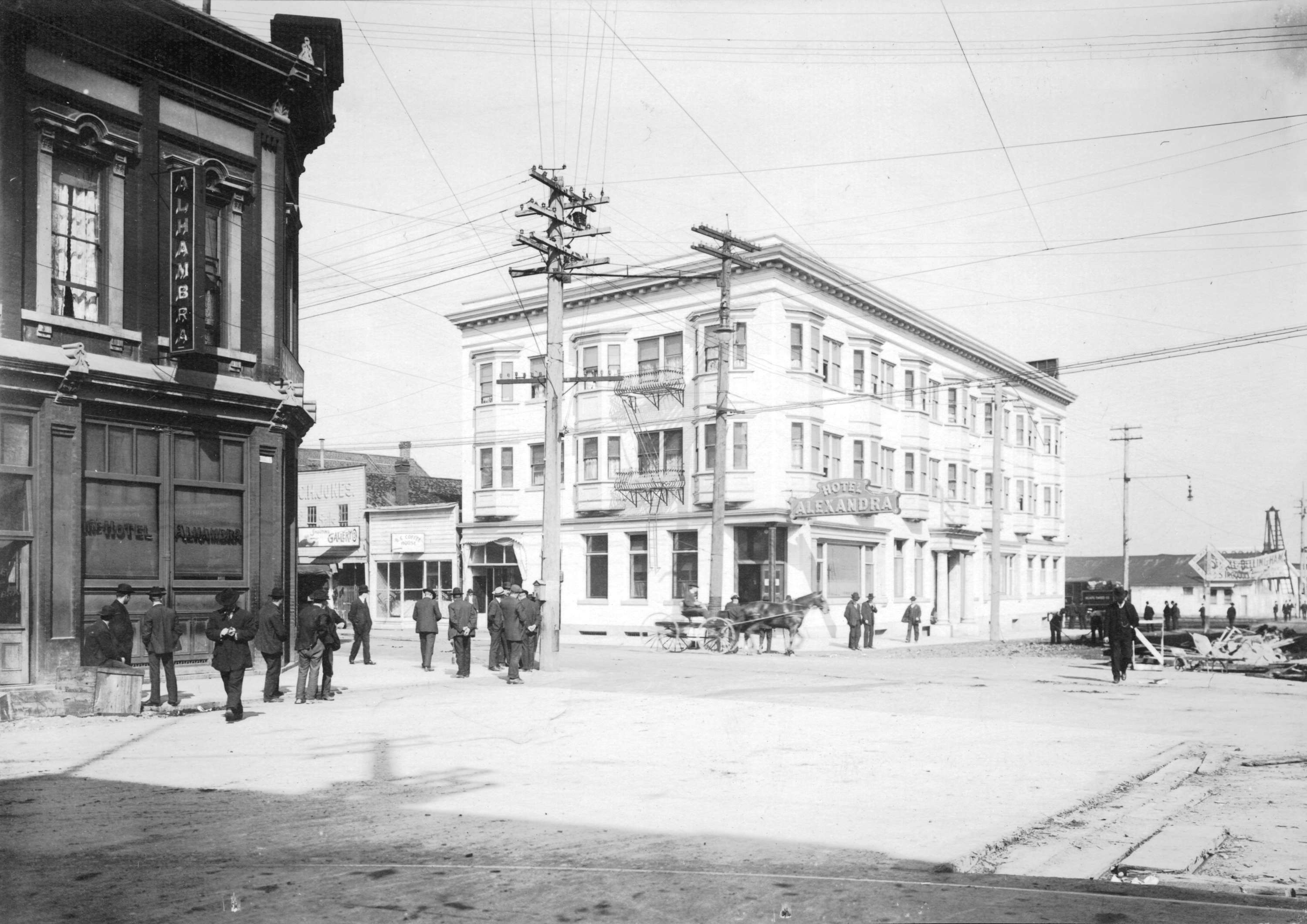 #5 Gastown
In the late 1960s freeway construction threatened to demolish the historic heart of Vancouver: Gastown, Chinatown and Strathcona. A committed group of citizens and local politicians were able to stop the destruction, and in 1971 Gastown and Chinatown were designated as “Historic Areas” by the Provincial Government.

Today this area is once more threatened by a number of development proposals unsympathetic to the height, profile and rhythm of the streetscape due to the suspension of a number of these critical incentive programs. Multiple proposals of this nature are now coming forward. Some are proposing demolition of designated heritage-designated buildings without even the retention of their historic facades.

#6 The Disappearing Design Legacy of C.B.K. Van Normans
With the demolition of Dunbar’s favorite “castle”, or French Norman storybook house, at 3815 West 39th Avenue, the pressure has increased for insensitive developers, realtors and architects to finally acknowledge that there is a higher value – other than just monetary – in the character of our historic the inherent value of neighbourhoods and their unique period houses. Of over two hundred houses designed by prominent local architect C.B.K. Van Norman, only about 25-29 remain, the rest fallen to development. Despite his facile use of any period style, he was known as “the father of modern architecture in Vancouver.”

#7 First block of East Hastings, South Side
In recent years, the Downtown Eastside has weathered ever-increasing pressures for both residential and commercial developments, with mixed results, both socially and architecturally. This pressure affects two of the first four buildings in this block, that together present an undisturbed heritage streetscape that merits preservation.

#8 Terminal Avenue
Industrial Buildings/Vancouver’s Disappearing Industrial Heritage
This handsome group of industrial buildings fronting Terminal and Western on False Creek Flats are some of the last original industrial heritage buildings remaining in the Eastern Core. The group facing Terminal Avenue was purpose-built for Massey Harris farm implements, the BC Valve Company, and Vancouver Neon Products, all in the early to mid 1920s. Other buildings located on Western Street between Northern, Central and Southern Streets were constructed for lighter industrial uses like canning, meatpacking, lumber services and machinist shops. Altogether this industrial group represents a wonderful microcosm of Vancouver’s industrial growth after eastern False Creek was filled, with a corresponding change in industry to reflect the times.

#9 East Hastings Street – Heatley to Campbell
In 1996, Vancouver City Council approved a policy to “let go” of the industrial frontages along East Hastings from Heatley Avenue to Victoria Drive. The draft Local Area Plan proposes the creation of a ‘high-street’ along East Hastings from Heatley to Clark as a part of the renewal of the area. Ill-considered development along this corridor could impact critical heritage and cultural landmarks at an accelerating rate. Unrecognized but important heritage assets remain unprotected and could be lost, or could alternatively be retained and rehabilitated to serve as a basis for a renewed local shopping area.

#10 Commercial Drive – Grandview’s main street
Commercial Drive has evolved over the years into a street that is an interesting mixture of textures, tastes, cultures and activities. It is outstanding not only for its significant heritage buildings but also for its sense of place, experience and uniqueness. As Vancouver continues to grow eastward, the pressures to develop this site to its allowable four-storey height limit could create a dreary blandness that would destroy what is important about ‘The Drive.’ 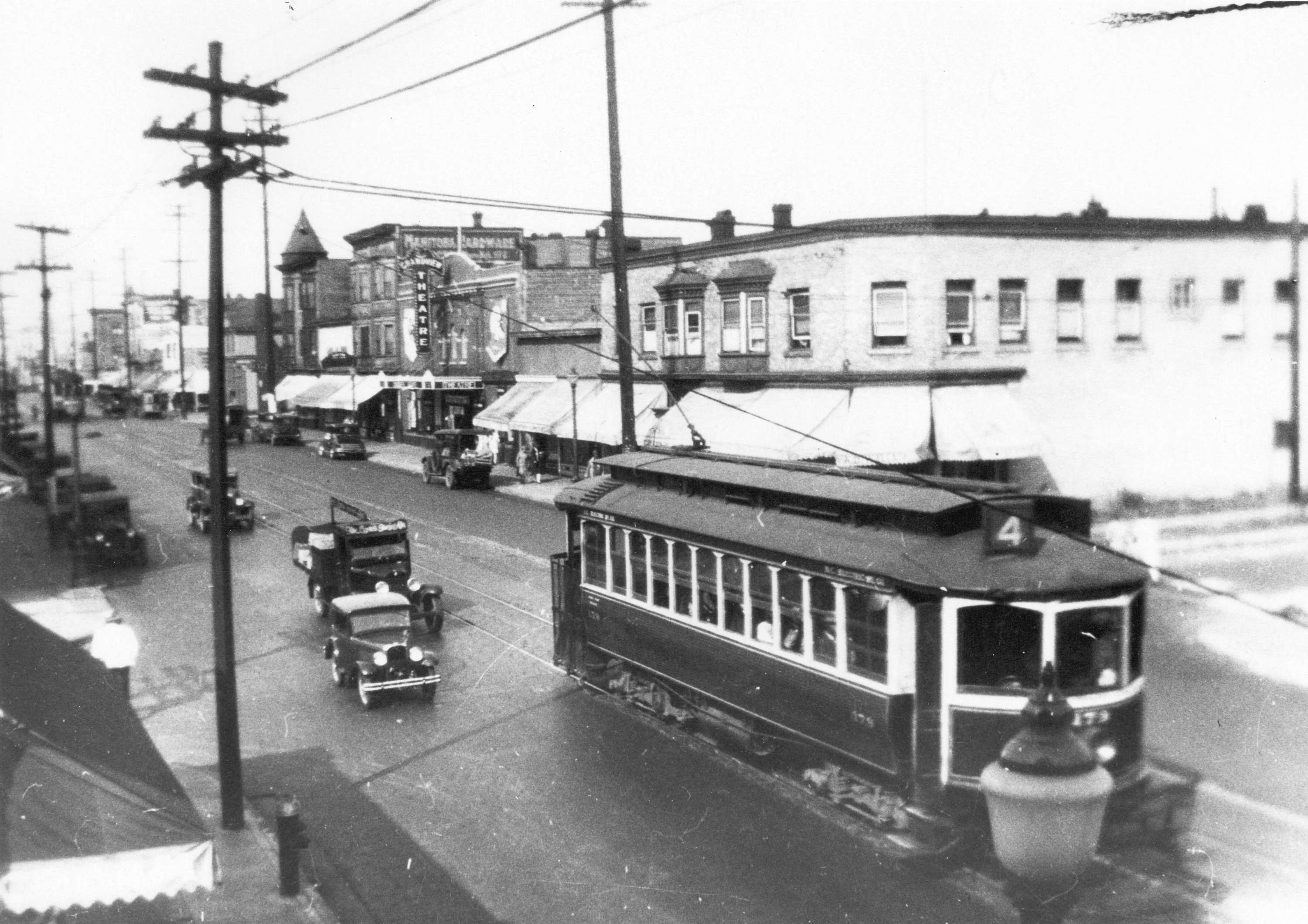 Past lists have included the First Shaughnessy area (currently protected by a moratorium on demolition by the City of Vancouver), the Waldorf Hotel, Legg House, and numerous historic schools and war memorials.

On Saturday, May 9th, you can join Heritage Vancouver for a tour of these sites, departing the Museum of Vancouver at 1:00pm. Click here for more details. A Transit Museum Society (TRAMS) historic bus will be used for the tour and heritage expert, author, and consultant Donald Luxton will act as guide, sharing stories and historical facts about each of the sites. The bus will stop at two of the most intriguing sites for brief tours and a talk with a guest speaker representing the area.