“It is a once in a lifetime opportunity we are so excited,” says Emily Zurrer, Canadian Women’s National Team member who will play in the 2015 FIFA Women’s World Cup hosted by Canada this summer. 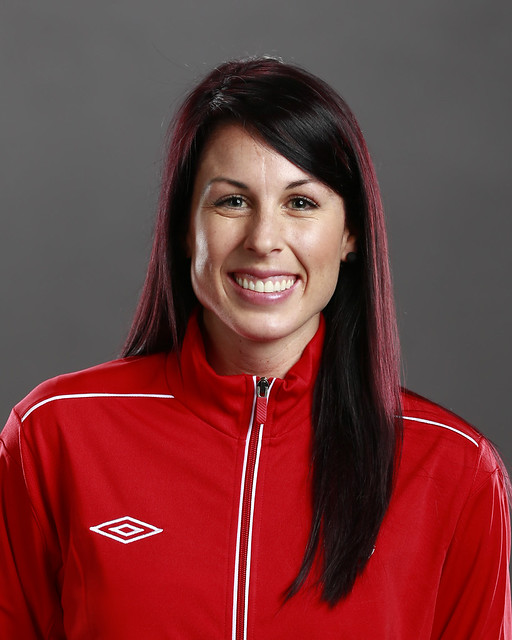 ©CanadaSoccer / by Jeff Vinnick
Photo via Canada Soccer on Flickr

Emily has enjoyed a stellar soccer career around the world and is once again representing Canada as a part of the 23 person national team roster.

This morning she was out with the Killarney Youth Soccer Association, one of the local community soccer clubs that has qualified for a donation of up to $5,000 as part of the Mondelez Pride and Joy campaign. I caught up with her on the phone afterwards.

“The sport is growing and women’s soccer is growing in general, and to be able to be a young player and to see your national team and your idols play is pivotal. I certainly remember being that age and looking up to the national team players when I was young so to be able to do it actually physically in Canada and to give them the opportunity to see us first hand I think is an amazing opportunity for soccer and for Canadian soccer especially.”

Youth soccer was important to Emily her development as a player and as a person. “We were all one of those players, we are those players at one point in our careers and being able to see that it’s possible to play for your country and to represent Canada on a world stage is incredible.” She adds that being able to interact with youth players first hand, as a national team member, shows the promising young athletes that they can also rise to that level in their soccer careers.

“We have been playing together for a very long time, some of us 10 years, some of us even longer than that. We’re pretty much like family now. We are family. I think that connection is one of our strongest assets heading into this tournament.”

Emily has played for teams in Sweden, Germany, and the USA, but she’s a born and raised BC girl at heart — her food truck Sweet Ride Froyo n’ Waffles even won “Best New Food Product” at the PNE last year. She and teammate/co-owner Selenia Iacchelli won’t be serving up cups of froyo this summer though, their eyes are on another type of cup, made of gold.

“Every year each of us will go and play for our respective professional team and clubs, then we meet back for camps and games throughout the year. But for major tournaments, before London we did this as well, we usually go into residency so we’ve been in Vancouver for the past 7 months just living together and training on a daily basis in Vancouver.”

While Emily and her teammates are the current stars of soccer in this country, there are many future players who will be inspired by this summer’s tournament.

Soccer is the #1 participatory sport in Canada and is considered the fastest growing sport in the country with 44% of Canadian youth participate in the sport of soccer. These numbers are from Canada Soccer in 2011 and after 2012, Emily says the numbers skyrocketed when she and the Women’s National Team won the bronze medal. “I think after this summer there will be the same increase. Just being able to see players like us on TV and playing in front of crowds, and representing the maple leaf I think will inspire a lot of young players to want to do the same one day.”

There are 850,000 registered soccer players in Canada (2011) and over 40% of them are female. From empowering youth and building an even higher profile for women in sport, the FIFA Women’s World Cup is set to inspire our entire nation, even more. “It’s a once in a lifetime opportunity to play in a World Cup but to do it at home, not very many athletes get to do that so we could not be more exited to have it here and host in Canada.”

Starting this month, Canadian soccer fans can download the Pride and Joy Cheer App and cheer on Canada’s Women’s National Team to help raise up-to $100,000 for select Canadian youth soccer clubs. Emily says: “It’s a really cool way to follow the team, cheer for us, and be interactive while supporting clubs across the country.” 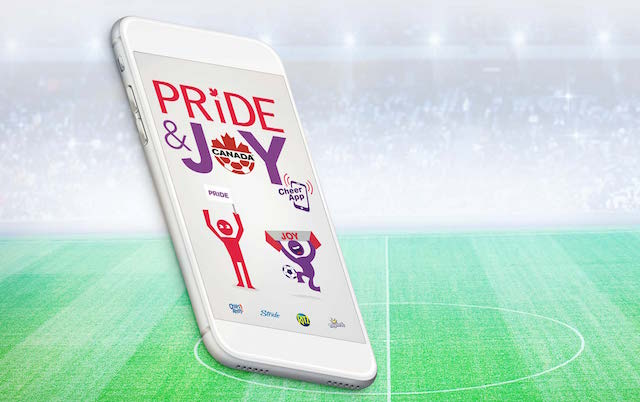 Simply by shaking the Pride and Joy Cheer App when Canada’s Women’s National Team play, funds will be raised for selected clubs across Canada. The more you cheer, the more funds are raised, up-to $5,000 per club. 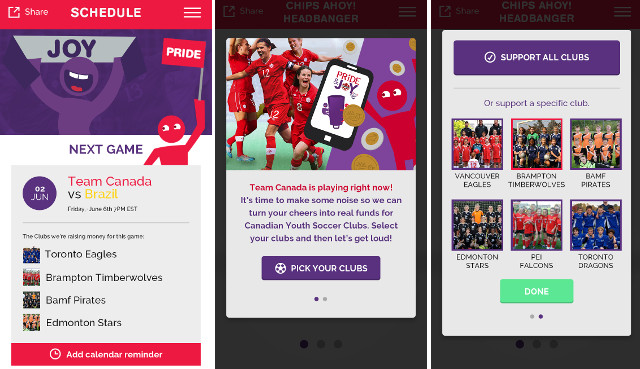 In the group round, the Canadian team starts off at Commonwealth Stadium in Edmonton, the home of the opening ceremonies. Round of 16 matches will be played at BC Place in Vancouver on June 21st and June 23rd, quarterfinals on June 27th, and the final will be at BC Place on July 5th.