Tonight at the Vancouver Convention Centre (West), this year’s impressive roster of BC Sports Hall of Fame inductees will be honoured, recognized, and celebrated for their contributions to sport in our province. 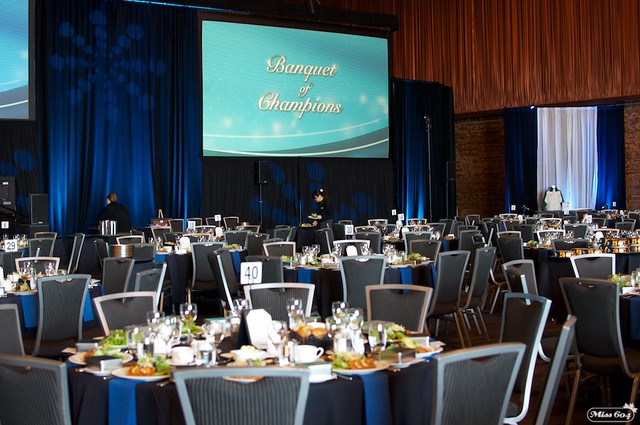 Inductees that will be recognized at the Banquet of Champions:

As the social media sponsor of the Banquet of Champions, I will be on site providing updates on Twitter using the tag #2015BOC. Stay tuned for photos, quotes, and more from this inspiring celebration.

Update from the Banquet of Champions 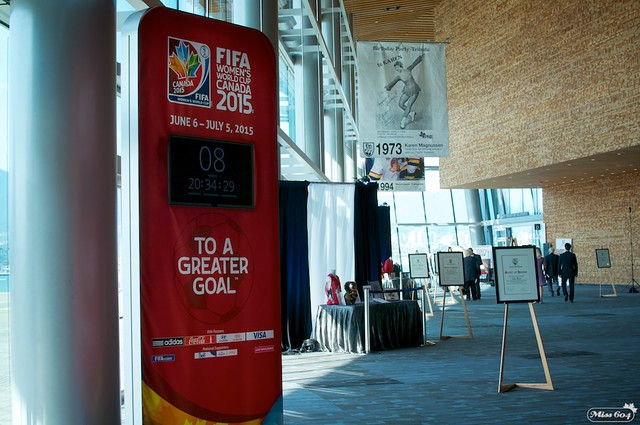 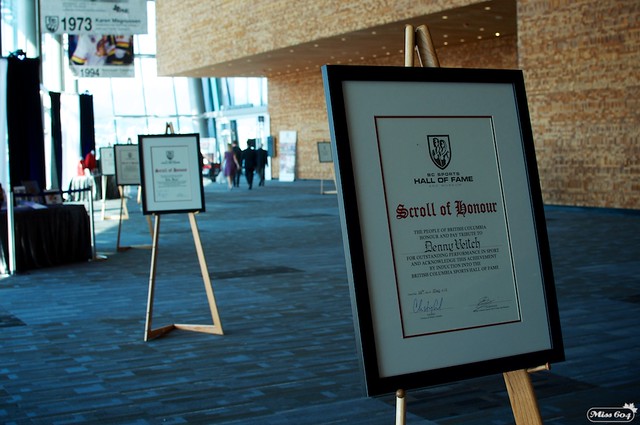 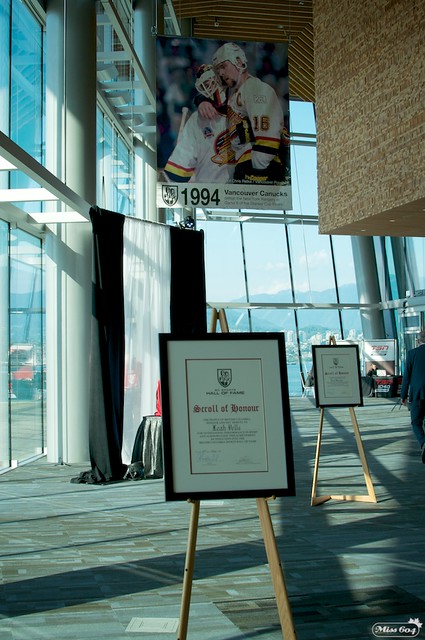 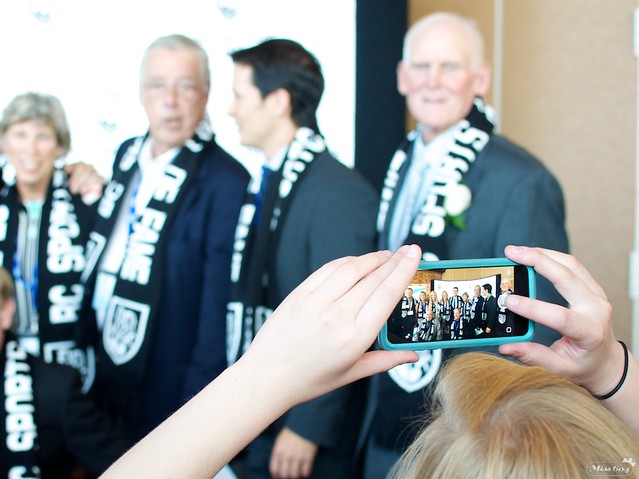 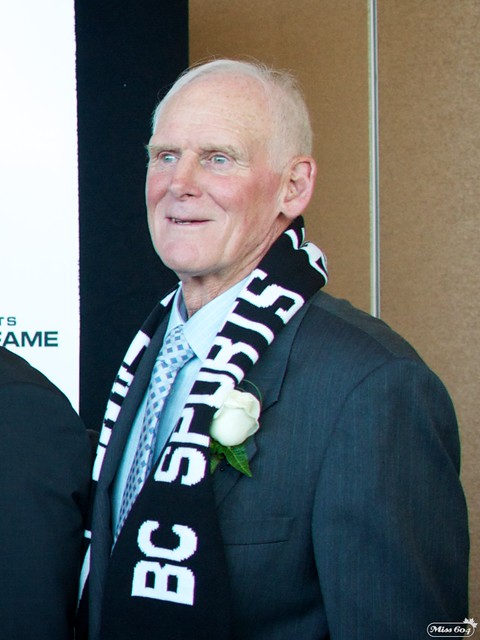 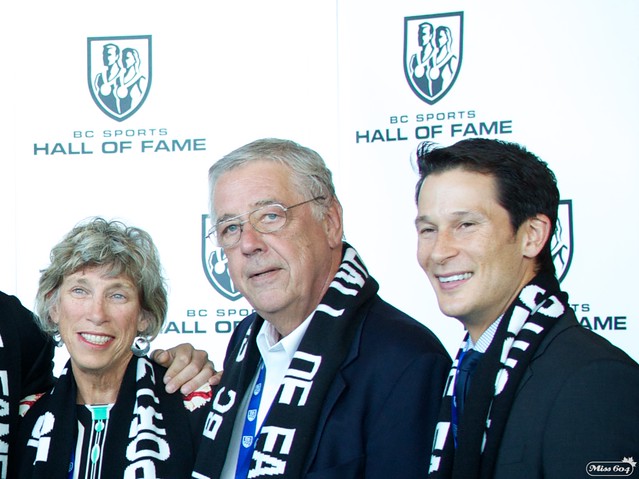 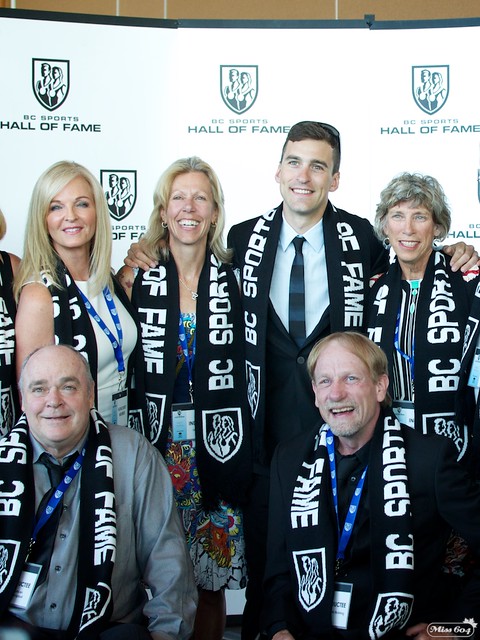 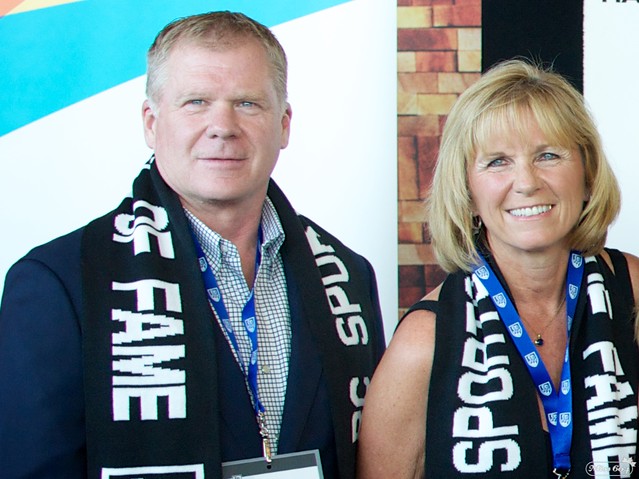 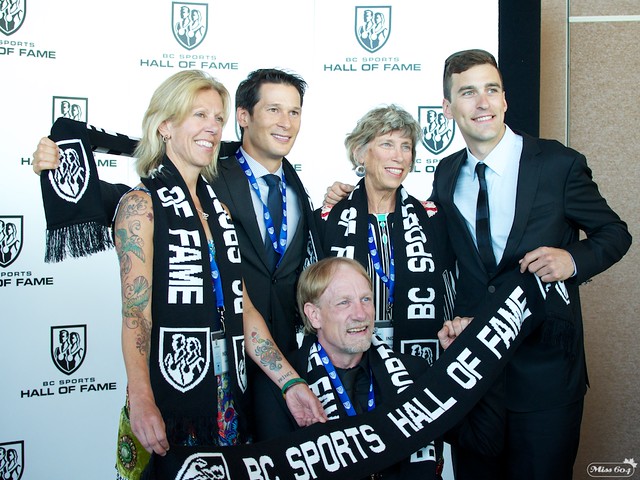 Packed shoulder-to-shoulder in the convention centre, with memorabilia and silent auction items lining the reception area, the BC Sports Hall of Fame induction ceremony began with a procession led by the Vancouver Police Department’s pipe band. Honoured members and the 2015 inductees paraded into the banquet hall and took to the stage. Athletes, media, builders, and pioneers all donned the Hall’s signature scarf as the room stood to applaud them. 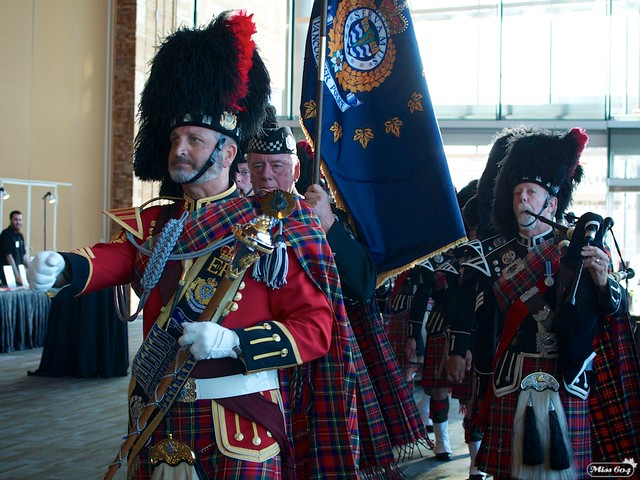 The first inductees of the evening were introduced and honoured, including two wheelchair rugby athletes which made John turn to me and say, “that looks tough!” To which I replied, “there’s a reason it was first called murderball.”

John Haar told a story of walking over to the ballpark on Renfrew 62 years ago to play little league. Decades later he is one of the most respected builders in the history of Canadian baseball.

Shelley Winters Andrews became the first the field-hockey player to be enshrined in the BC Sports Hall of Fame and Denny Veitch’s family, including Deanne Lenarduzzi who spoke on behalf of her father Denny, took to the stage as the patriarch of Vancouver’s first family of soccer was honoured.

"Volunteers don't get paid, not because they're worthless, but because they are priceless." Al Tynan, Chair @BCSportsHall #2015BOC

A live auction, with seven items available, raised tens of thousands of dollars for the Hall with a prize suite at the Canada Sevens Rugby World Series going for $10,000 alone. All of this support helps the non-profit BC Sports Hall of Fame operate and also run programs like Hero in You, a free lesson plan for schools that aims to motivate children to find the champions within themselves.

After a three course meal, the final inductees of the night had their moments. Leah Pells said that what really resonated for her is the saying that it takes a village, and it does take a village to raise an athlete. She said her “village” was here tonight, between family, friends, childhood and adult coaches who taught her to have fun and focus on herself, not what her competition was doing.

Paul Kariya, who retired after 989 NHL games with 989 points in said games, thanked his family, friends, the North Shore Winter Club and his Vancouver support system.

Speed skater Denny Morrison said that while this event, and the Hall in general, is about inspiring the next generation of athletes, he himself is inspired to do more, to build more, and contribute more to his sport and sport in BC.

Next year the BC Sports Hall of Fame will be celebrating 50 years and as such they’ll have a special “50 Most Important Artifacts” exhibit, more school programs, and a reception for those who made the first 50 years possible. Here’s to the next 50!

The BC Sports Hall of Fame is open daily at Gate A of BC Place from 10:00am-5:00pm. Go there. Experience. Be proud. Be inspired.

Also on Miss604.com
« FestivalSeekers Is Your Ultimate Festival Guide
Things to do in Vancouver This Weekend »