Barry Manilow has hit the road one last time for a North American tour and Vancouver is on his list. The pop superstar, who performed more than 400 concerts at the Las Vegas Hilton and Paris Las Vegas from 2005-2011, will play Pepsi Live at Rogers Arena on May 26th as a part of the ONE LAST TIME tour that started out in February. 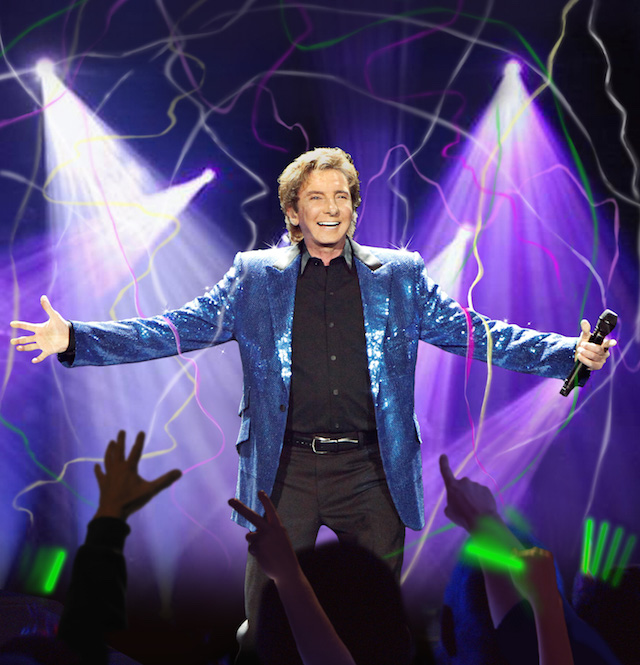 The GRAMMY®, TONY®, and EMMY® Award-winning musician’s career skyrocketed to superstardom when his mega hit song, “Mandy,” topped the charts in 1975. In the spirit of that special year, tickets will be priced to tie into that year and will start at $19.75. According to concert promoter AEG Live, Manilow insisted that the average ticket price remain low and that a greater range of ticket prices be available.

Tickets and exclusive VIP packages are available and in addition to great seats, VIP packages include limited edition memorabilia, VIP parking, and much more.

Manilow released his latest album, MY DREAM DUETS last October and the album debuted at #4, making it Manilow’s 15th Top 10 album. Modern technology has given him the opportunity to record his “dream” duets with his own musical heroes on his latest album. From cherished idols like Judy Garland and Louis Armstrong to contemporary icons like Whitney Houston and John Denver, they have all joined Barry in his “virtual recording studio.” MY DREAM DUETS is in stores now.

Barry Manilow’s unparalleled career encompasses virtually every area of music, including performing, composing, arranging and producing. A Songwriters Hall of Fame inductee, Manilow has triumphed in every medium of entertainment. With worldwide record sales exceeding 80 million, Barry Manilow is ranked as the top Adult Contemporary chart artist of all time with over 50 Top 40 hits.

I have 3 pairs of tickets to give away for Barry Manilow‘s concert in Vancouver, here’s how you can enter to win:

RT to enter to win tickets to @BarryManilow in Vancouver from @Miss604 http://ow.ly/LpFMf

I will draw all 3 winners, who will each receive a pair of tickets to the May 26th show, on Friday, April 17, 2015 at 12:00pm. For more information about Barry Manilow‘s tour and performance in Vancouver follow him on Facebook and Twitter.

Update The winners are Sandy, Wally Mag, and Meredith!