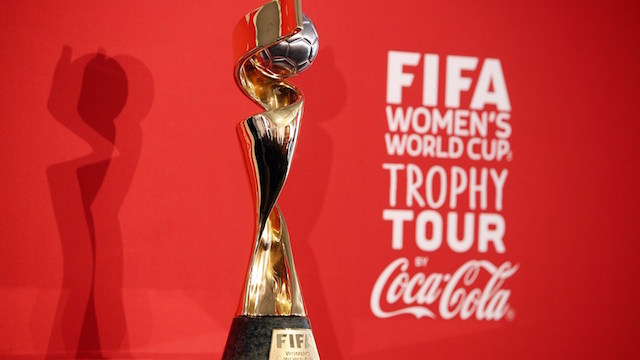 The FIFA Women’s World Cup™ Trophy Tour by Coca-Cola launched its two-month, 12-city tour earlier this month in Ottawa. Travelling from coast-to-coast in celebration of soccer and women in sport, the tour will include several interactive and engaging elements, as well as surprises along the way – all in the spirit of setting the stage for the biggest FIFA Women’s World Cup to-date.

Fans will get a taste of the tournament at the custom-designed Fan Experience where they can go head-to-head with the Coca-Cola Robot Goalie, record a cheer for their favourite team, hang out in the FIFA locker room, play 16-person foosball or learn a trick or two from expert freestylers. The experience takes guests through the winner’s tunnel, which leads the way to the trophy display where fans will get their photo with the real FIFA Women’s World Cup™ Trophy. Afterwards, guests will cap off their experience with a perfectly served, limited edition aluminum bottle of ice-cold Coca-Cola.

The FIFA Women’s World Cup is the first major sporting event in Canada to be hosted from coast to coast, with matches to be played in Vancouver, Edmonton, Winnipeg, Ottawa, Montréal, Québec and Moncton. Follow FIFA Women’s World Cup on Facebook and Twitter and follow Canada Women’s National Team soccer updates on Facebook and Twitter with tag #CANWNT.