It was no problem at all for me to find Burnaby’s tallest building the other day, when I set out on foot to visit Element Vancouver Metrotown. The recently opened LEED certified Sovereign building is balanced on the corner of Kingsway and Willingdon, overlooking the activity of Metrotown, the tranquility of Central Park, with a panoramic view of the North Shore mountains and Deer Lake Park. Within it you’ll find Element, a fresh, re-imagined perspective on the extended stay experience with 169 stylish, sustainable rooms and suites with an atmosphere designed to fuel a life in balance and on the move. 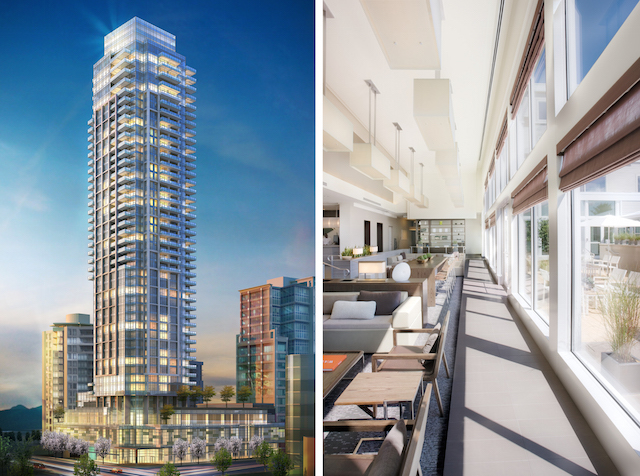 The signature Westin white tea aroma welcomed me in the lobby area before I set out for my tour with VP Ken Boyd who introduced me to the Element brand.

What impressed me was that for a hotel with fewer than 170 rooms, it had multiple spacious common areas, both inside and outside, with large patios and lots of comfy couches.

The food options were great as well. On top of the grab-n-go pantry in the lobby there’s also Nosh at street level and Trattoria by The Glowbal Collection which will be able to fulfill in-room dining orders, although the circular bar around the pizza oven provides great atmosphere. 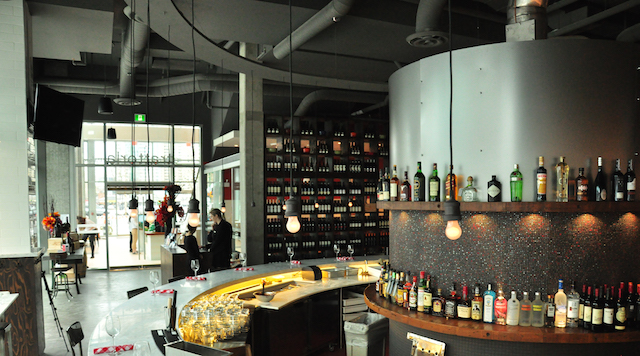 If you would like to check out this brand new sustainable and modern hotel, I have a gift certificate to give away for a one night stay (for two) as well as a gift certificate for dinner at Trattoria (value $100). Here’s how you can enter to win:

RT to enter to win a staycation at @ElementBurnaby + dinner at Trattoria @Glowbal_Group from @Miss604 http://bit.ly/18a849r

Follow Element Vancouver Metrotown on Twitter and Facebook for more information. I will draw one winner at random from all entries at 12:00pm on Tuesday, March 17, 2015.

Fine Print: For guest room reservations please call 604-568-3696. Reservations for this gift certificate cannot be made through Starwood.com, or through the toll-free reservations phone number. Please present original gift certificate upon check-in. Guest responsible for all incidental charges. Includes RISE breakfast buffet for two people per room, per day. Does not include alcoholic beverages or gratuities. Applicable guest room taxes included. Acceptance of this certificate is subject to hotel availability. Valid only at the Element Vancouver Metrotown. No cash value. Not for re-sale. One time use. No extension of expiry date or replacement of certificate if lost. Not valid with any other promotions, certificates, or discounts. Black-out dates may apply.

Update The winner is Christine W!

Share29
Tweet
Share
Pin1
Email
Reddit
WhatsApp
30 Shares
Current Contests on Miss604
*All contests are open to residents of Canada only, unless otherwise stated. Contest timelines are published on each individual post along with entry methods. Some contests may only be open to those 19 years of age and older. Winners are announced on the contest blog posts. Contest policy »