It’s only March but everyone’s been talking about summer in Vancouver, since we’ve been having such spectacular weather lately, and summer in Vancouver means fireworks nights. The Honda Celebration of Light announced its dates this morning along with a renewed partnership with Honda and even more entertainment options this season. 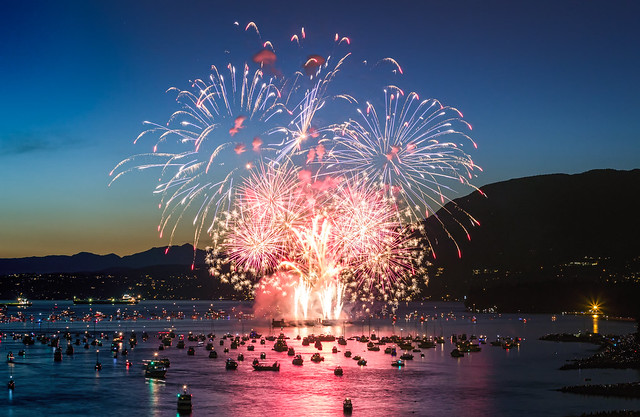 Celebrating its 25th anniversary, the Honda Celebration of Light will take place July 25th, July 29th, and August 1st in 2015. In this morning’s press release, it was announced that on top of one of the greatest fireworks displays on earth, fans will also be able to enjoy three days of cultural programming, sponsor activities and Canadian music at English Bay and Sunset Beach.

In addition to The Keg Lounge and licensed seating at the YVR Observation deck, another VIP Lounge is being offered on the Inukshuk Peninsula and families are invited to enjoy food trucks and a licensed area in Sunset Beach this year. 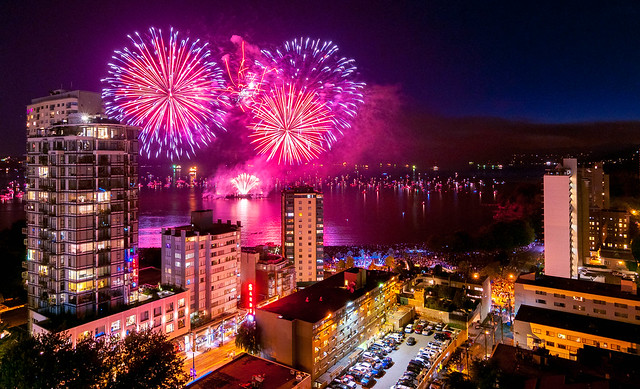 Competing countries for the 2015 event will be announced at the end of March and tickets will go on sale for all VIP viewing areas on April 1st. Follow the Honda Celebration of Light on Twitter and Facebook for more information.