The 42nd annual Vancouver Chinese New Year Parade takes place on Sunday morning, as a part of the Vancouver Chinatown Spring Festival, celebrating the Year of the Ram.

There will be a pre-parade photo opportunity at the Millennium Gate on East Pender on Sunday, February 22nd, 2015 at 10:45am, with the parade starting out at 11:00am. Over 80 parade teams from various multicultural groups will start at the historic Chinatown gate and cover a 1.3 kilometre route along East Pender Street, Gore Avenue, and Keefer Street. 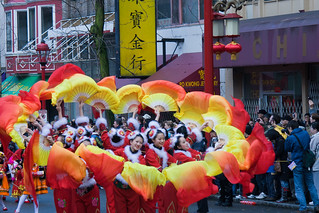 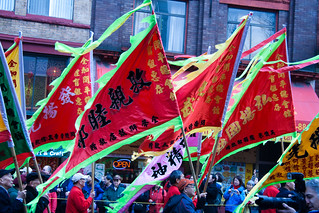 This annual parade is a non-commercial event, bringing in over 3,000 participants from various community and cultural groups. It will feature the largest assembly of traditional lion dance teams in Canada with dozens of colourful and energetic lions from various local fraternal and martial arts organizations. From dance troupes to the Vancouver Police Department Motorcycle Drill Team, marching bands and various community groups, the parade is expected to draw close to 100,000 spectators.

Throughout the weekend there will be multicultural performances, a special lion dance, martial arts and military demos, and more at the Sun Yat-Sen Plaza (50 East Pender Street). Stop by anytime between 2:00pm and 4:00pm on Saturday, February 21st or Sunday, February 22nd.