After our heavily caffeinated drive from Vancouver to Seattle, and after quickly taking in our room’s stunning 10th floor ocean-front view as the light change across the Pacific Northwest sky, Rebecca and I were quickly whisked downstairs to the hotel spa for some much needed rest and relaxation. 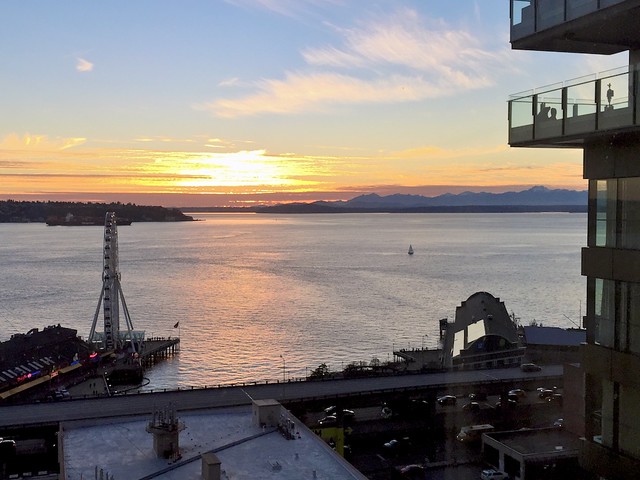 A girls getaway isn’t complete and without a decadent spa treatment and the Spa the Four Seasons Seattle definitely delivered, being truly an oasis within the oasis that is the Pacific Northwest.

Bathrobed and barefooted, Rebecca and I walked along the pristine white tiles, admired the purple orchids, and sat in an eucalyptus-scented steam room while we waited for our treatments. 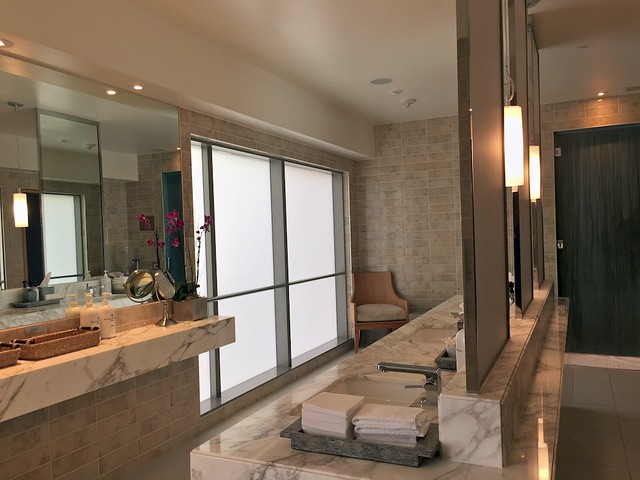 I have extremely dry skin and have tried so many types of moisturizers and treatments only to have little success. Facials, for the most part, have only ended in more dryness and a rash. So when I made the appointment to get an oxygen facial and peptide eye treatment at the Spa, I was a little nervous, because, after all, what exactly is an Oxygen Facial?

My esthetician was Christine who proceeded to explain what the Oxygen Facial was developed by Intraceuticals, and Australian company, and involves a machine that sprays atomized moisturizers, antioxidants, and vitamins onto the skin by using a stream of pressurized oxygen. The treatment is suppose to hydrate skin immediately, with the oxygen pushing the treatment deep into the skin, making the face appear smoother and plumper. It’s a favourite among celebrities like Madonna, Victoria Beckham, and Kim Kardashian.

With a metal wand, Christine started with the eye and lip treatment on the right side of my face. The pressure of the oxygen stream wasn’t intense and all, even around the eye, and just felt like someone lightly blowing on me. After that was complete, she then proceeded on the same side, with the Oxygen Facial for the rest of the skin. Then Christine handed me a mirror; it looked as though I had a facelift, botox, and fillers on the treated side of my face. The lines around my eyes smoothed out, my cheekbones were higher, my lips were slightly fuller, and my skin was so hydrated it had a dewy glow.

After she completed the entire face, and after we went upstairs, and in the ensuing hours, at dinner and at a show, I couldn’t stop touching my face. It was so soft and moist. Even the next day, and the day after, my face was so hydrated.

Needless to say, it was a pretty miraculous treatment and I even purchased a product from the Intraceuticals line at the Spa (the Atoxelene Line Wand) before we drove back to Vancouver. I plan to return to Spa at Four Seasons Seattle for another treatment as soon as I can and to purchase more products, which seem to be cheaper to buy there than here in Canada, even with the exchange rate. Along with the long chats with Rebecca, catching up on life and love, the treatment at the Spa at Four Seasons Seattle was for me a highlight of the trip and definitely life-changing, for my skin at least.

Also on Miss604.com
« A Night Out for Music Heals at The Rickshaw
Okanagan Spring Break Skiing at Sun Peaks, Silver Star, Big White »