Disney’s The Lion King returns to Vancouver for an exclusive 4 week engagement at the Queen Elizabeth theatre this summer. Back by popular demand, The Lion King will run from June 18th to July 12th, 2015 with tickets going on sale Monday, February 23rd at 10:00am — and a pre-sale starting today! 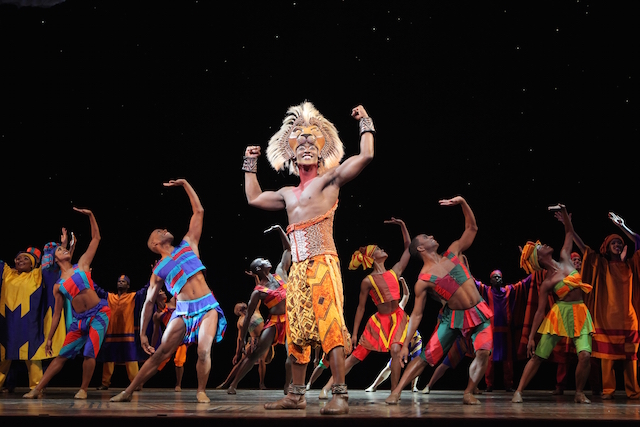 Jelani Remy as “Simba” and the ensemble in “He Lives in You” from THE LION KING National Tour. ©Disney. Photo Credit: Joan Marcus.

Since its Broadway premiere on November 13, 1997, 22 global productions have been seen by more than 75 million people and, cumulatively, run a staggering 112 years. Produced by Disney Theatrical Productions (under the direction of Thomas Schumacher), The Lion King is only the second show in history to generate five productions worldwide running 10 or more years. Having played 19 countries on every continent except Antarctica, The Lion King’s worldwide gross exceeds that of any film, Broadway show or other entertainment title in box office history.

The show’s director, costume designer and mask co-designer Julie Taymor continues to play an integral part in the show’s ongoing success. The first woman to win a Tony Award for Direction of a Musical, Taymor has in recent years supervised new productions of the show around the world.

The Broadway score features Elton John and Tim Rice’s music from The Lion King animated film along with three new songs by John and Rice; additional musical material by South African Lebo M, Mark Mancina, Jay Rifkin, Julie Taymor and Hans Zimmer; and music from “Rhythm of the Pride Lands,” an album inspired by the original music in the film, written by Lebo M, Mark Mancina and Hans Zimmer. The resulting sound of THE LION KING is a fusion of Western popular music and the distinctive sounds and rhythms of Africa, ranging from the Academy Award®-winning song “Can You Feel the Love Tonight” to the haunting ballad “Shadowland.”

Tickets will go on sale to the general public on Monday, February 23, 2015 online or by calling 1-855-985-5000. Tickets start at $35.00 (plus applicable service charges). Reservations for groups of ten (10) or more are now being accepted by calling 1-800-889-8457. Additionally, Premium Ticket Packages are available which include a prime seat location, a commemorative souvenir program and an exclusive merchandise item.

Beat the box office this weekend and book your tickets in advance of the general sale on Monday by using this pre-sale link and the code MUFASA starting at 10:00am today and ending on Sunday, February 22nd.