Vancouver-based Cobra Ramone, a blues and rock vixen who raised over $17,000 through an Indiegogo campaign, is releasing her album Bang Bang on Friday, February 13th ahead of a Western Canadian tour.

New Jersey-born, Vancouver-based Cobra Ramone is a rock ‘n’ roll vixen jacked up on a blend of grit, gunpowder and Jack Daniels. An up-and-comer in the music industry, Cobra has already made an impression with her 2009 EP release, The Flood, and her 2012 self-titled album that spawned three singles – “Wrath Like a City”, a song that landed a spot on the Canadian Active Rock Charts for five consecutive weeks; “I’m The One”, which was featured on the Canadian drama series The L.A. Complex; and “Guns Blazing”, which received placement on the Canadian comedy-drama film All the Wrong Reasons starring Cory Monteith in one of his final feature film roles.

Recorded in Vancouver at Greenhouse Studios with up-and-coming producer Samuel Hewson Woywitka (Chin Injeti), Bang Bang is a five-song EP written by Cobra (axe, vocals) and Trevor Snakedust (organs, guitar, vocals) with additional assistance on arrangements by their drummer Pat Steward (Odds, Bryan Adams). The result is a blend of bluesy grit and greasy rock that will leave you lusting for more.

Ticket prices for each show vary and will be available at the door. 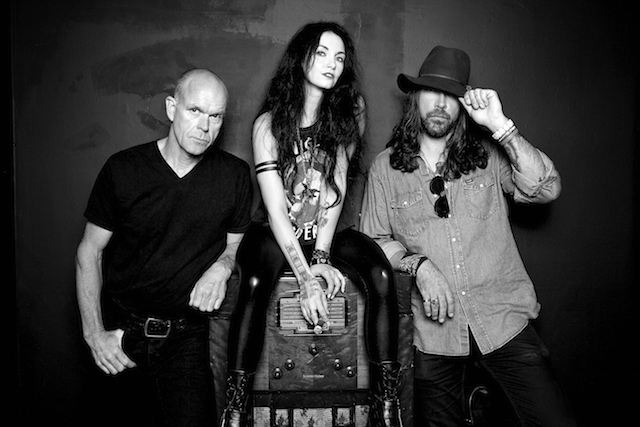 Win Your Way in to the Cobra Ramone Album Release Party

Enter to win a copy of Bang Bang ahead of its release on Friday and win a spot for you and a friend on the guest list at Cobra Ramone‘s album release party at the ANZA CLUB on April 3rd. Here’s how you can enter to win:

RT to enter to win #BangBang by @cobraramone and tix to the album release party from @Miss604 http://ow.ly/ILjD3

Follow Cobra Ramone on Facebook, Twitter, and YouTube for more information. On Friday, February 13, 2015 at 12:00pm I will draw two winners who will each receive a copy of the EP and a pair of tickets to the album release party on April 3rd.

Update The winner is Michael h!

Share121
Tweet
Share1
Pin
Email
Reddit
WhatsApp
122 Shares
Current Contests on Miss604
*All contests are open to residents of Canada only, unless otherwise stated. Contest timelines are published on each individual post along with entry methods. Some contests may only be open to those 19 years of age and older. Winners are announced on the contest blog posts. Contest policy »