Celebrating the 125th anniversary of the City of Vancouver a few years ago was very fun but for anyone who is truly into local history and the roots of the place which we call home, we know that our town sits on the unceded traditional territory of the Musqueam, Squamish and Tsleil-Waututh First Nations. With that knowledge, we have thousands of years of local history to explore and three new landmark First Nations exhibits are opening simultaneously across Vancouver this month showcasing c̓əsnaʔəm, the city before the city. 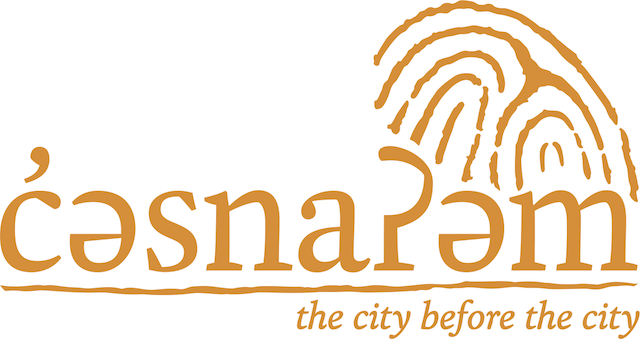 The Musqueam First Nation, in partnership with the Museum of Vancouver and the Museum of Anthropology (“MOA”), have unveiled plans for c̓əsnaʔəm, the city before the city – a comprehensive exploration of the Musequeam’s early history and living culture.

Each exhibit will delve into the 5,000-year history of the c̓əsnaʔəm, an ancient village and burial site on which Vancouver was built. This groundbreaking project challenges the notion that Vancouver is exclusively a “new” city, instead revealing ancient sites that have been compared to societies as prolific as ancient Egypt and Rome. c̓əsnaʔəm, the city before the city will be shown at the Musqueam Cultural Education Resource Centre and Gallery, the Museum of Vancouver and the Museum of Anthropology, and accompanied by an assortment of curated tours, exchanges with Musqueam artists, cultural explorations and more.

At the Museum of Anthropology (6393 NW Marine Drive)
January 25, 2015 through December 2015
Focusing on Musqueam identity and worldview, this exhibition highlights oral history, language and Musqueam’s recent actions to protect c̓əsnaʔəm. It demonstrates Musqueam’s continuous connection to their territory, despite many changes to the land.

At the Musqueam Cultural Education Resource Centre and Gallery (4000 Musqueam Ave)
January 23, 2015 through January 28, 2016
At Musqueam, visitors witness the sophistication of Musqueam culture — past and present. It makes connections through a continuum of knowledge and expertise over time and features oral histories and artefact recreation.

Also on Miss604.com
« Win Glasses from ClearlyContacts.ca
Dine Out Vancouver 2015 »