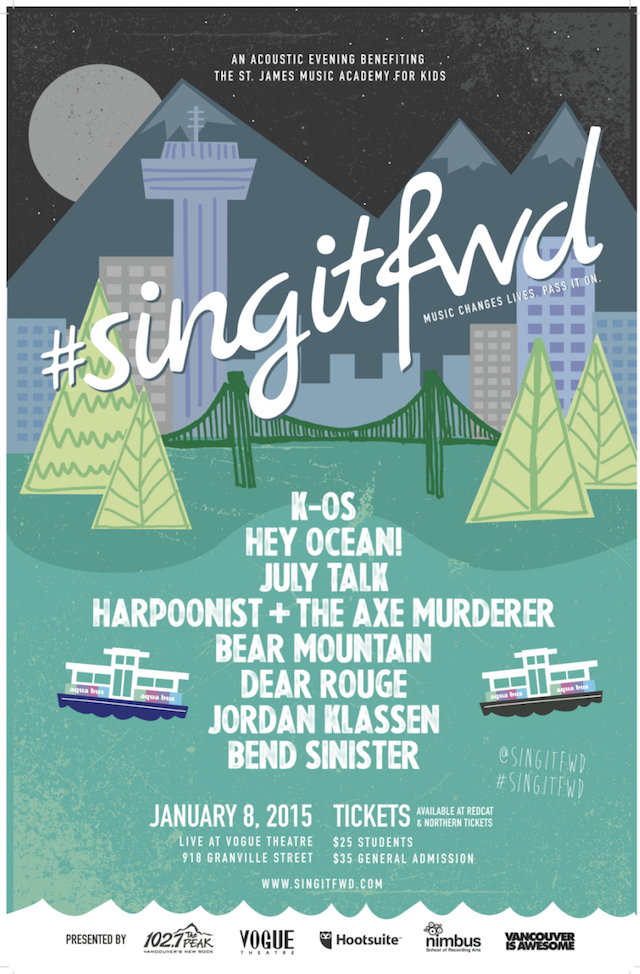 Over the past three years these showcases have contributed over $100,000 to Saint James, which offers high quality music instruction in Strings, Woodwinds, Brass, Percussion, Choir and Orchestra to children living on Vancouver’s Downtown Eastside at no cost to students’ families.

This year #SingItFwd aims to raise an additional $40,000 to not only help fund and support the programs at the SJMA, but also to help the school work towards its goal of securing their own facility for the 2016 school year.

Co-founded in 2011 by David Vertesi (Hey Ocean!) and Ambrosia Humphrey (VP Talent for HootSuite Media Inc.), #SingItFwd was born from a shared desire to take action and build a stronger local musical environment by connecting with, and mobilizing, their own communities.

Where: The Vogue Theatre (918 Granville Street)
When: Thursday January 8th, 2015. Doors at 6:00pm, show at 7:00pm.
Tickets: All ages. $25 students or $35 general admission. Tickets available via Northern Tickets or at RedCat Records.