There is more to the Penthouse Night Club on Seymour Street than a neon sign and a boxy marquee encouraging you to book your stag party. This unassuming “after-hours watering hole for the famous and infamous” was the place to be seen in the 1950s and 1960s and the upcoming Secrets of the Penthouse tour will reveal its storied past.

Secrets of the Penthouse Tour

The Penthouse was opened in 1947 by brothers Joe, Ross, Mickey, and Jimmy Filippone and soon became the place to see and be seen in Vancouver in the 1950s and ’60s. Acts like Sammy Davis Jr, Nat King Cole, and Duke Ellington regularly performed on the Penthouse stage, and the venue was one of the few in town not only to welcome African American entertainers, but to house them as well, at a time when Vancouver hotels refused to.

Audiences often included visiting stars such as Frank Sinatra, Errol Flynn, Gary Cooper, and many others. In the 1970s, the Penthouse became infamous for its exotic dancers, resulting in a colourful, lurid history involving vice squads, politicians, judges, and con men, and culminating in the murder of Joe Philliponi, known as the “Godfather of Seymour Street,” in 1983. However, through decades of evolving social mores and changing cultural styles in a city constantly trying to reinvent itself, the Penthouse has somehow survived, a testament to its storied history and the fortitude of the Filippone family that still owns it. [Source: Liquor, Lust, and the Law]

Forbidden Vancouver Tours and Heritage Vancouver Society present, Secrets of the Penthouse on Thursday, January 22, 2015. This will be a unique guided tour inside the Penthouse nightclub by owner Danny Filippone, author Aaron Chapman and ex-VPD Grant McDonald. Hear first hand from Grant McDonald, the retired VPD cop who raided the Penthouse in the 60s and 70s. Grant even worked undercover in the club to infiltrate crime bosses. 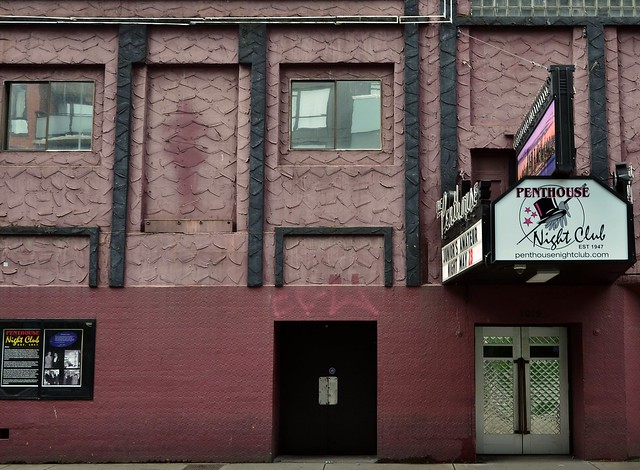 The backstage guided tour is held twice in the evening – an early tour at 6:00pm and a late tour at 7:15pm. After your tour ends, enjoy an Italian buffet dinner served up with Mama Filippone’s original spaghetti and meatballs recipe from the old country. During dinner award-winning performers Cabaret Torlage – an electric mix of burlesque, cabaret and dance, will provide live entertainment.

The club opens for regular business at 9:00pm and tour guests are welcome to stay in the club after that at no extra charge. This is a one-of-a-kind event for anyone with a love of Vancouver’s history.

Share22
Tweet
Share
Pin1
Email
Reddit
WhatsApp
23 Shares
Current Contests on Miss604
*All contests are open to residents of Canada only, unless otherwise stated. Contest timelines are published on each individual post along with entry methods. Some contests may only be open to those 19 years of age and older. Winners are announced on the contest blog posts. Contest policy »
Comments are closed on this post
Advertisement