Yesterday I wrote about some of Vancouver’s murals and there was one I purposely left off the list so that I could feature it today in its own post. The image on the side of the Randall Building, at 535 West Georgia, was installed in 1993 and is one of the city’s most photographed. 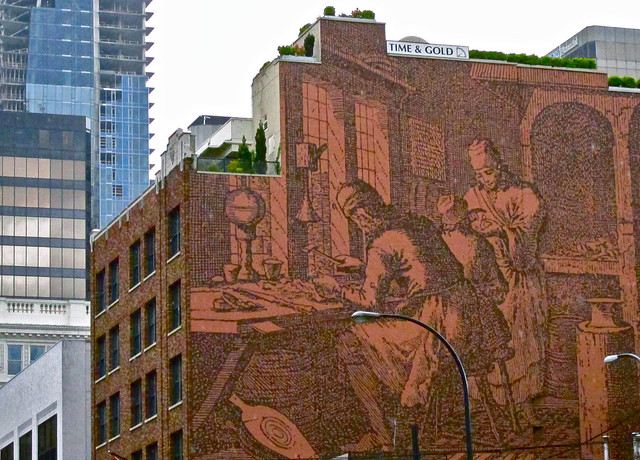 The Changing Vancouver then and now blog recently featured the Randall Building:

“In 1929 the brokerage firm of S W Randall Co saw their new office building completed on West Georgia. The design is attributed to R T Perry; it had elements of gothic and some art deco, and a somewhat unusual arrangement of two double bays of windows to the west and a single, slightly offset bay to the east. It bears some resemblance to Townley and Matheson’s Stock Exchange Building, completed a year later, but there are several other buildings by other architects, all taking the same gothic theme, and built around this time.

In 1991 jeweller Toni Cavelti gave the building a comprehensive but completely sensitive upgrade, adding a penthouse floor (set back from the parapet) in the process. The project, designed by Blewett Dodd Ching Lee, gave the building an almost identical appearance to our 1929 image. Only the recently restored mural of medieval goldsmiths on the east side of the building (by Kitty Mykka) in 1993 made the building look any different. In 1999 Cavelti sold his company to Henry Birks who still sell Cavelti designed jewelry, and now Time and Gold operate in the store location.”

The mural is based on a copper engraving from 1698 by German Christopher Weigel (1654-1725). It shows a master goldsmith instructing apprentices. It was created by Stephen Hinton and Nicola Kozakiewicz, of Streetworks Design. Nicola wrote to me:

“We had done a dozen murals around Vancouver […] Stephen Hinton was project architect of the Randall Building renovation for BDCL and it was he who originally proposed the mural to Tony Cavelti. Tony came up with the image (3″ x 4″ in size) and the two of us worked out colours, how to scale it up, add the 3 dimensional foam shoulder, etc.” Kitty Mykka helped Nicola paint and the two of them signed the work together as: “The Misfits”. 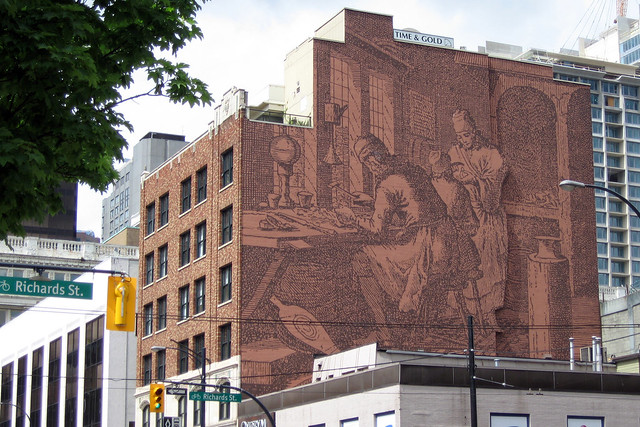 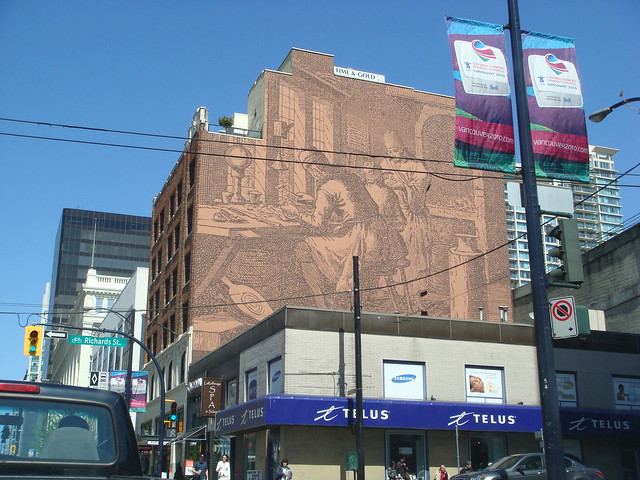 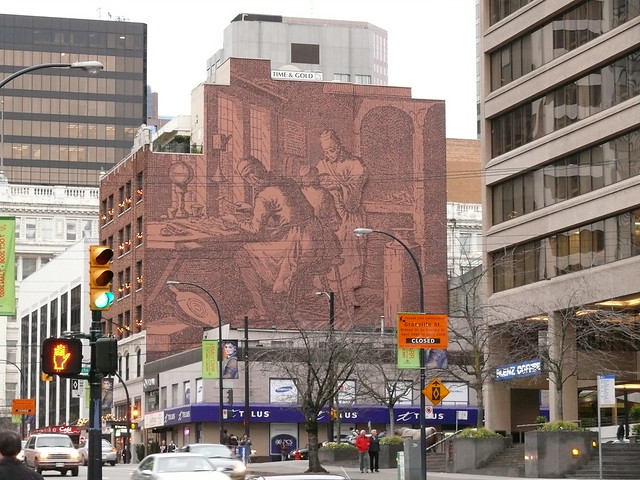 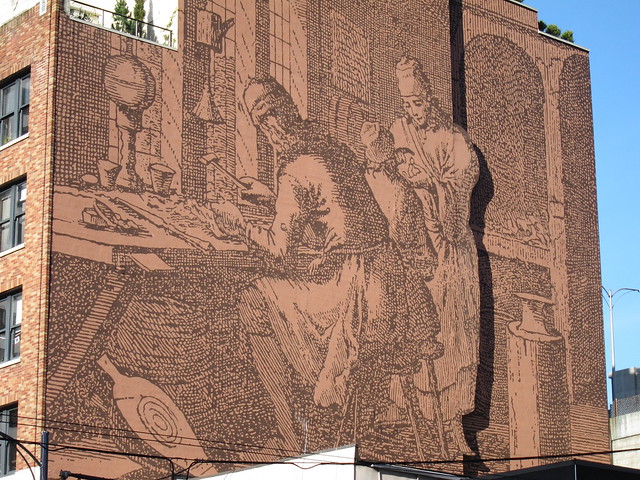 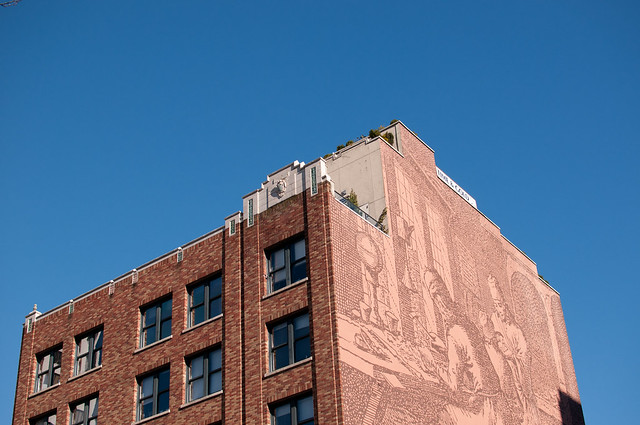 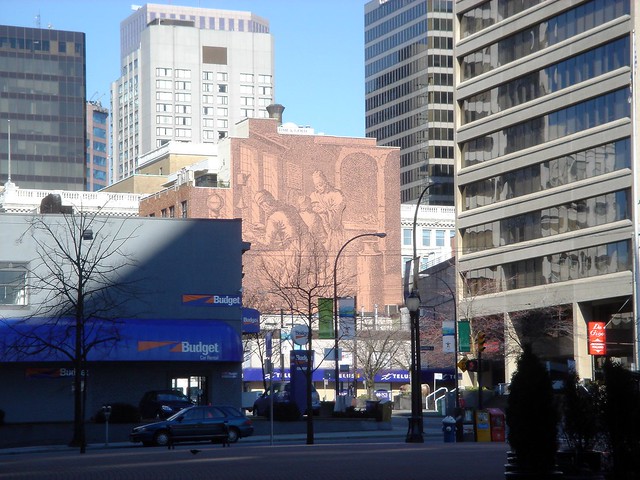 Share27
Tweet
Share
Pin12
Email
Reddit
WhatsApp
39 Shares
Current Contests on Miss604
*All contests are open to residents of Canada only, unless otherwise stated. Contest timelines are published on each individual post along with entry methods. Some contests may only be open to those 19 years of age and older. Winners are announced on the contest blog posts. Contest policy »

Also on Miss604.com
« CandyGrams for a Cause
Win a Grouse Mountain Alpine Experience »