If I was Miss Sheilds from the beloved holiday film A Christmas Story I would legitimately give Aaron Chapman’s new book Live at the Commodore an “A Plus-Plus-Plus-Plus…!” It arrived by courier last week and I immediately sat down to read it.

I didn’t budge as the sun crossed through the sky and the hours passed. I pulled out my sticky notes and began marking off my favourite lines and references so I could bring them up later when gushing to John about the book. I would read a passage, close the book, and hold it to my chest — just like the fictional teacher who read Ralphie’s theme — then open it again to read more. 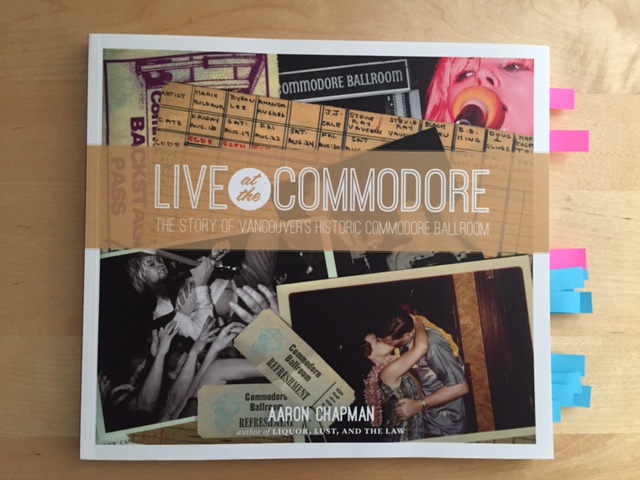 What made the book so brilliant? I felt as though I was reading what could easily be turned into a moving and captivating Ken Burns documentary about Vancouver’s entertainment history.

Live at the Commodore starts out “Once Upon a Saturday Night”, telling the tale of Granville Street, then moves into a chronological history of how the Commodore Ballroom came to be, how it thrived, how it almost died, how its doors were shut and opened again as chapters of music history in Vancouver were written.

I went from imagining my Oma and Opa out dancing on a Saturday night (which they did in the 1950s) to looking at legendary rock photographer Bev Davies’ photos of D.O.A., some of the founders of hardcore punk. I learned about Drew Burns and the place where a who’s-who of music greats — like The Police, The Clash, Blondie, Talking Heads, Nirvana, New York Dolls, U2, Tom Waits, and the White Stripes — took the stage. 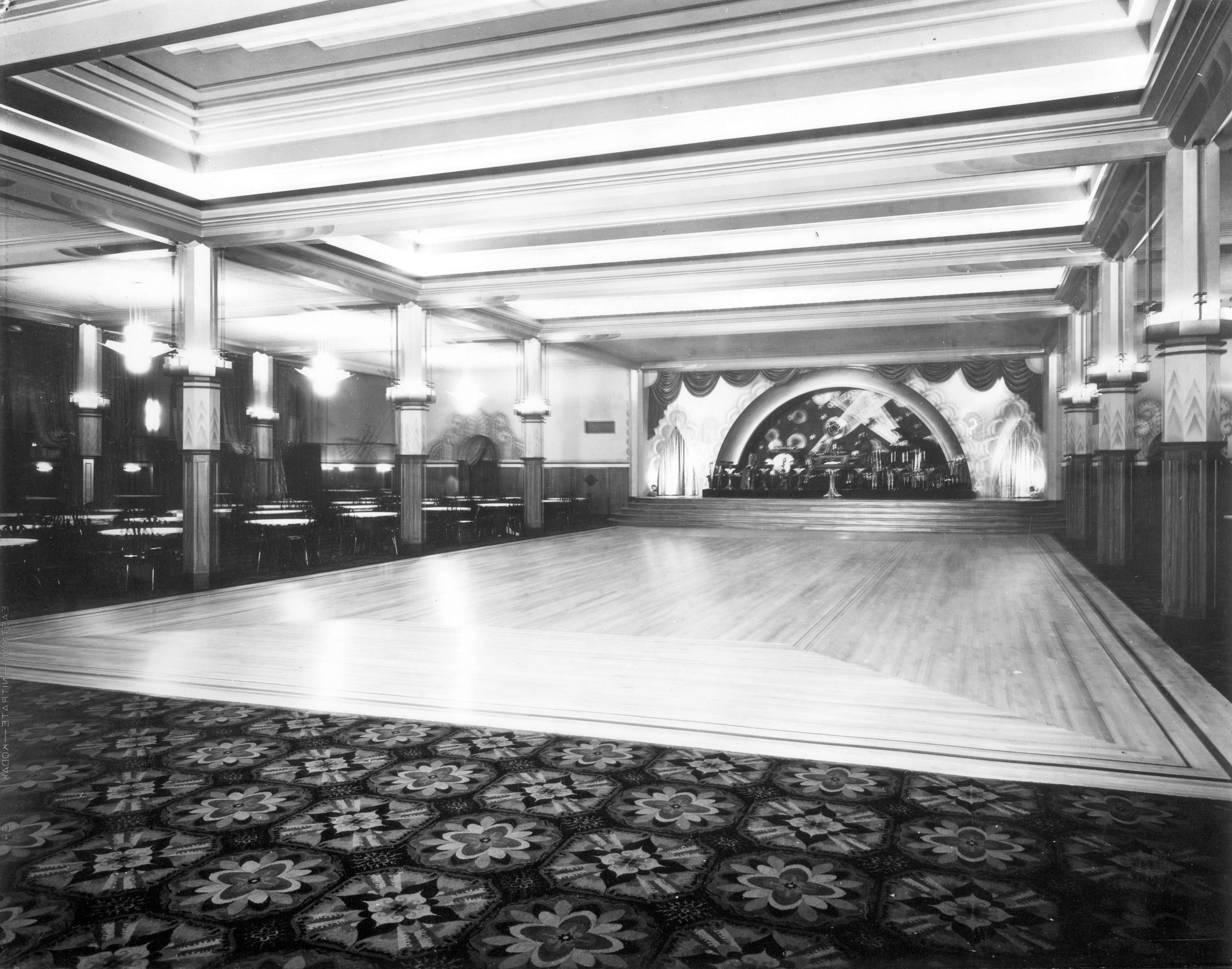 In Live at the Commodore, Aaron Chapman (author of Liquor, Lust, and the Law, a bestselling history of Vancouver’s Penthouse Nightclub) delves into the Commodore’s archives to reveal stories about the constellation of characters surrounding the club over the last 80-plus years, as well as startling, funny, and outrageous anecdotes about the legendary acts that have graced its stage. Filled with never-before-published photographs, posters, and paraphernalia, Live at the Commodore is a visceral, energetic portrait of one of the world’s great rock venues.

If you enjoy reading about Vancouver, history, music, and can appreciate some pretty rocking photography, pick up your copy of this untold story of Vancouver’s rock ‘n’ roll landmark for $28.95 online or look for it in your local book store.

Win a Copy of Live at the Commodore

I received my review copy of the book from the publisher Arsenal Pulp Press and I have another to give away to a lucky Miss604 reader to enjoy. Here’s how you can enter to win:

Share56
Tweet
Share
Pin1
Email
Reddit
WhatsApp
57 Shares
Current Contests on Miss604
*All contests are open to residents of Canada only, unless otherwise stated. Contest timelines are published on each individual post along with entry methods. Some contests may only be open to those 19 years of age and older. Winners are announced on the contest blog posts. Contest policy »

Also on Miss604.com
« Vancouver Christmas Cats of Instagram
Things to do in Vancouver This Weekend »