The City of Vancouver Archives will present their fifth annual screening of “Vancouver – A Progressive City!” at the Vancity Theatre this November. This popular screening, complete with a wide range of newsreel footage, home movies, industrial and promotional films, will focus on Vancouver from the 1930s-1960s. 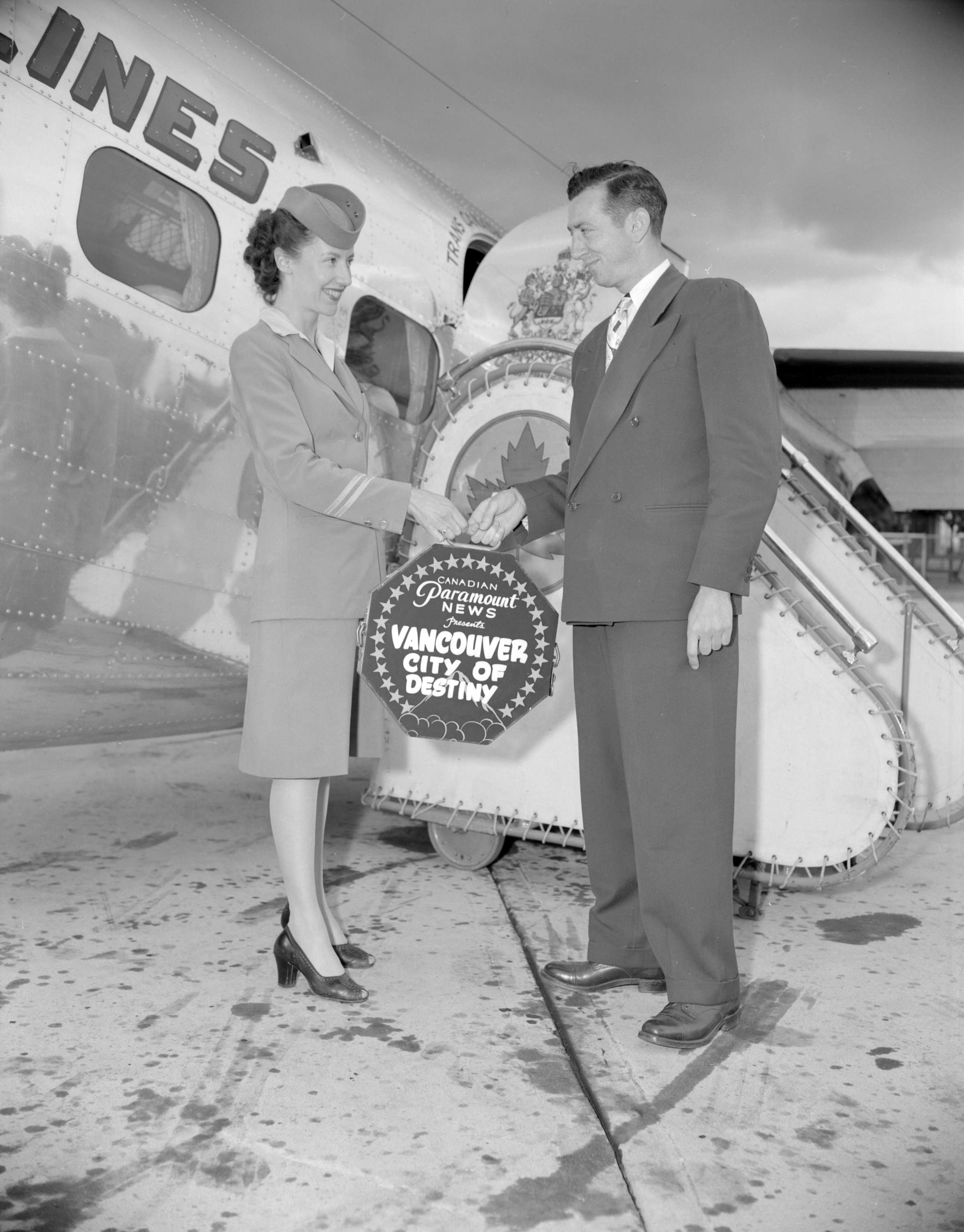 1946. Airline stewardess passing the “Vancouver, City of Destiny” film to a man at the airport. Archives# CVA 1184-2349. Photographer: Jack Lindsay

Some of this year’s archival highlights will include the construction of the Lions Gate Bridge, early milk delivery service, the Grey Cup and Shriners parades, and television spots reporting on the community. The screening will also feature a special cameo appearance of Vancouver’s first city archivist, Major J.S. Matthews.

Another screening, “Vintage Vancouver“, will be hosted by Michael Kluckner on November 2nd. Kluckner will guide the audience on a moving image journey into Vancouver’s past with musical accompaniment by jazz pianist Wayne Stewart. Highlights include home movies, park board films, experimental films, and on-the-fly documentaries.

To accommodate the demand for these screenings, three showtimes are available:

I have a pair of tickets to each of the three screenings available thanks to the City of Vancouver Archives. Here’s how you can enter to win:

RT to enter to win tix to a @VanArchives film screening from @Miss604 http://ow.ly/DqJ5Z

I will draw one winner at random for each screening. Each winner will receive two tickets to that screening. The draw will take place on Friday, October 31, 2014 at 4:00pm. Follow the City of Vancouver Archives on Twitter and Facebook for more information about this event and many others.