It’s not every day that a friend and I leave a musical, covered in stage blood, and singing along to an upbeat tune about a cabin in the woods. This jolly good time, complete with guts, gore, and entertaining musical numbers, was Evil Dead The Musical and it’s coming back to Vancouver this Halloween. 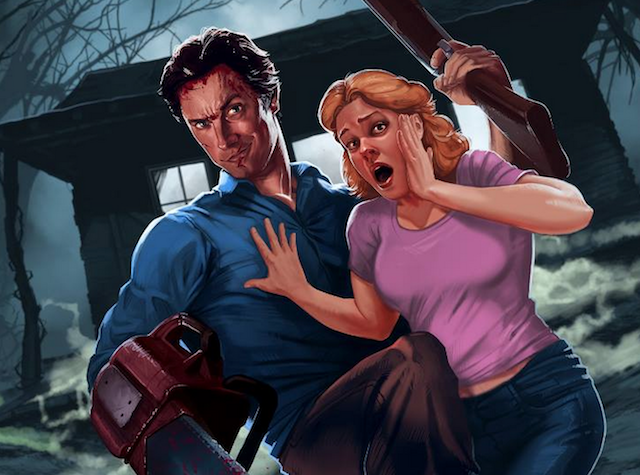 Evil Dead The Musical is based on the Sam Raimi 80s cult classic which tells the age old tale: 5 college kids travel to an abandoned cabin in the woods, boy meets girl, boy expects to get lucky, boy unleashes evil spirit, girl meets the big bad and boy meets chainsaw instead. Friends into lovers, lovers into friends, and friends into Candarian Demons. Mayhem ensues, and don’t forget the spectacular singing and dancing. Evil Dead includes hilarious numbers like, “All the Men in my Life Keep Getting Killed by Candarian Demons,” “Look Who’s Evil Now” and “Do the Necronomicon.”

What is the splatter zone, you ask? It is exactly what it sounds like! The front row of the theatre is designated “The Splatter Zone.” Those who buy tickets for the front row understand they will come away splattered with blood and that is all a part of the fun.

If you would like to check out Evil Dead The Musical in Vancouver, I have a pair of tickets to give away for the performance on October 23rd thanks to Down Stage Right Productions. Here’s how you can enter to win:

#Contest RT to enter to win tickets to @EvilDeadYVR from @Miss604 http://ow.ly/COHCE

I will draw one winner at random from all entries at 5:00pm on Sunday, October 19, 2014. Follow the production on Facebook and Twitter for more information. *The show is intended for an adult audience and contains quite a helping of coarse language, violence, suggestive scenes, actors showing some skin, and spraying blood and guts.*

Update The winner is @Chloe_lala!

Also on Miss604.com
« #FitWhatever in the 2015 Honda Fit
5 Haunted Houses To Visit This Halloween »