The next civic election takes place Saturday, November 15, 2014 in Vancouver and with a voter turnout of just 35% last time, the City of Vancouver is hoping to spread the word about advanced voting, where you can vote, and voter awareness in general. Also, for the first time ever, you can vote at any of the 120 voting locations in the city!

You can help elect Mayor and 10 Council members for Vancouver City Council, 7 Board Commissioners for the Vancouver Board of Parks and Recreation, and 9 School Trustees for the Vancouver School Board. You can also vote on whether to authorize the City to borrow a specific amount of money for major projects such as building and transportation infrastructure, public safety projects, and parks. 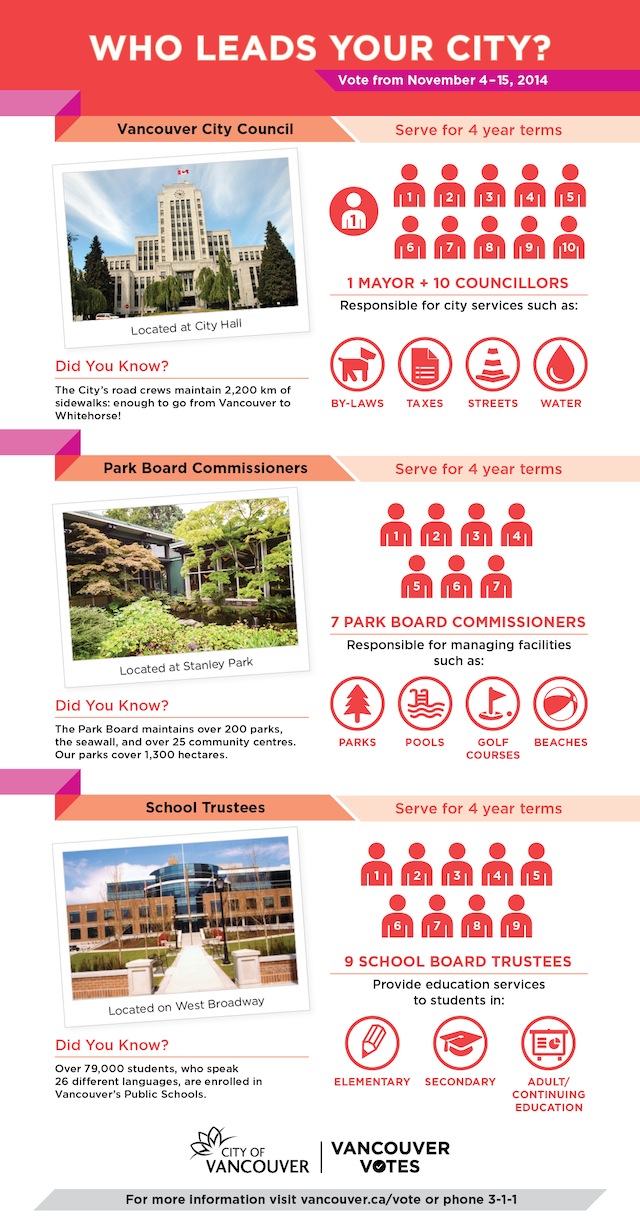 Have your say and be sure to vote either in advance or on November 15, 2014 to take part in your city’s future. Follow the City of Vancouver on Facebook and Twitter for more information.