104 years ago a philanthropic institution in Vancouver offered daycare for the children of working mothers for 10 cents a day. The Creche, first located at 752 Thurlow Street downtown, received children of women who have to go out to work “when their mothers are unable to give them personal care,”1 and it was Canada’s first such public institution. 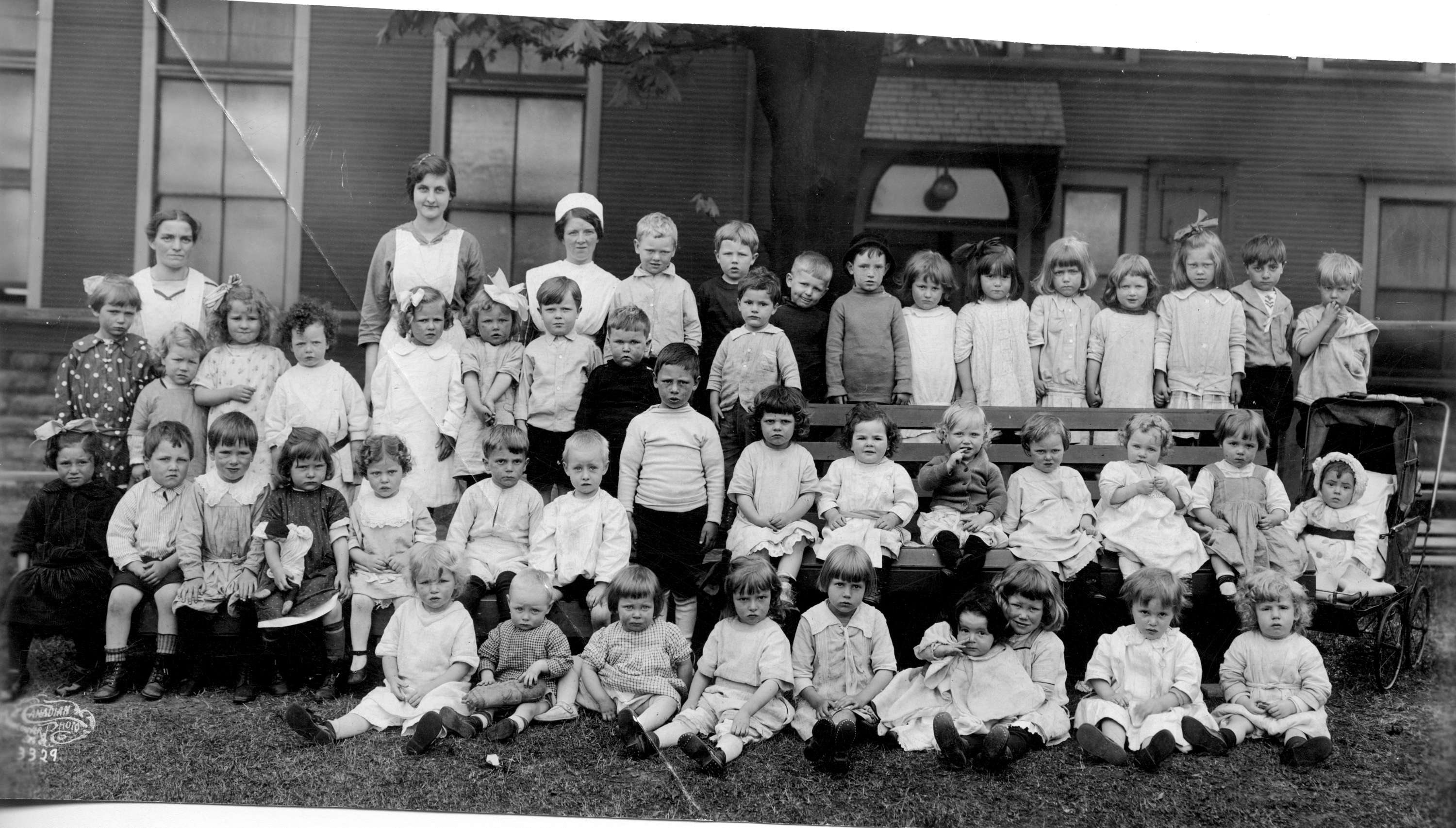 1916: Children and supervisors at The Creche at Pender and Cambie. Archives# Bu P48.

The Vancouver City Creche was established in 1910 by the Associated Charities to provide a daycare centre for the children of working women. In 1912 the Creche became a public institution under the Health Department and new quarters were provided.2

The crèche began as the private undertaking of women from Vancouver’s small but influential network of suffragists and social reform activists. Its “founding mothers” included Helen Gregory MacGill, Mary Ellen Smith, Mrs. T.E. Aikins, and Mrs J.O. Perry. MacGill, a member of the University Women’s Club, the Women’s Christian Temperance Union (wctu), and the Local Council of Women, was an outspoken advocate for women and children’s legal rights and the province’s first female juvenile court judge.3

According to The Progress Club, not only did The Creche care for children of working mothers, but it also had an employment bureau to find work for women.4 Eight months after it opened, 123 children from 95 families attended The Creche and 2,000 working positions were filled through the mediums of this bureau.

In 1917 the Creche building was transferred to the Infant’s Hospital and Creche was moved into the former Old Peoples’ Home on Cambie Street. In 1919, it stopped providing employment placement services and became solely a child care institution. And, throughout the 1920s, the public focus of the crèche was on the interests of neglected children. 5

The average daily attendance in January 1929 was 47 children per day. In 1932 the Creche was closed and the activities taken over by the foster home plan of the Vancouver Day Nursery Association which provided home-based child care for the city’s working mothers.