Stanley Park’s Creatures of the Night

Imagine living in a world of near-total darkness, where every night your dinner lies hidden in some strange corner of your home. Imaging having to chase that dinner at high speed, in the dark, before you can sit down and eat it. Now imagine doing all of that during the rainy, cold nights of winter… and you have some idea of what life looks like for the creatures of the night in Stanley Park.

While you and I make our way out of the Park at dusk, after our jogs and bike rides and nature walks, a strange and beautiful underworld is just coming to life. We catch glimpses of it, if we’re lucky, in the early morning or evening. But you and I, by virtue of just being human, are sadly unqualified to really see everything that’s going on in the dark of night. We just don’t have the equipment.

Over on Cathedral Trail, for example, among the giant western red cedars, a pair of barred owls is just beginning their nightly calling: “Who cooks for you? Who cooks for youuuu?” They have huge eyes to help them find one another—so large that they can’t turn their eyes easily within their sockets, as we can, and so must twist their necks an amazing degree, in that wonderfully owl-like way. (They can’t turn their heads completely around, as some might have you believe. But 270 degrees isn’t bad. Try it.) 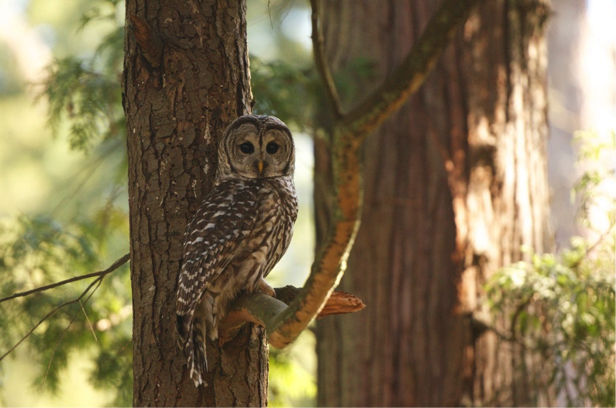 Barred owls also have sacrificed most of their colour vision, in order to pack their retinas with the crucial light-sensitive cells they need to make it through the night. It seems a small price to pay for night vision… and with their excellent hearing, they don’t really need to see in vivid colour as they find and dispatch the rodents and small birds they eat each night. Barred owls are so good at what they do, in fact, that they might be the reason we rarely hear western screech owls in Stanley Park anymore: they just can’t compete.

High over the owls’ head, at least during summer, little brown bats and their relatives are busy harvesting the mosquitoes and moths that fill the air. That too is hard work, and bats get the job done with sonar. As they fly, they emit a series of clicks that bounce back off their prey. While it seems hard to imagine that ricocheting clicks could mean anything at all while you’re flying at high speed, to the bats these sounds create a detailed image of where their prey is and in what direction it’s moving. All the bats need do is home in on the source of the echoes, and snap it up in the net-like membrane they have between their legs and tail. 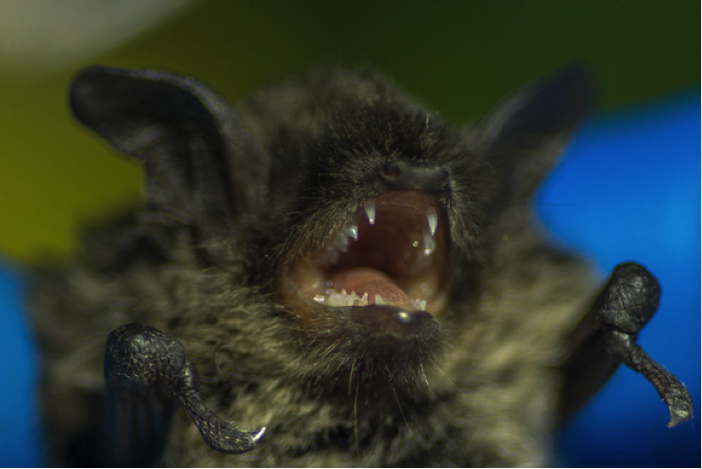 Coyotes are also hunters in the darkness, though they might be more at home in twilight rather than the deepest hours of night. To hear their yips and howls as they keep in touch with each other through the forest shadows is sure to send a chill down your spine.

If you’ve ever walked through Vancouver’s West End in the small hours of the morning, you might have had a close call with another of our night time denizens: the striped skunk. It can be truly alarming to spot them; it seems they’re nearly invisible until you’re just a couple of steps away. Fortunately our skunks are mild-mannered creatures, calmly going about their business of digging about for worms and grubs. Leave them in peace (and definitely keep your dogs away from them) and they’ll just keep minding their own skunky business.

Raccoons are another classic creature of the night, but ours in Stanley Park can be seen in broad daylight, too – a way of taking advantage of the free handouts they get while visitors are in the Park. Leaving them to find their own food is a good way of encouraging natural, healthy behaviour—in raccoons and all our wildlife. 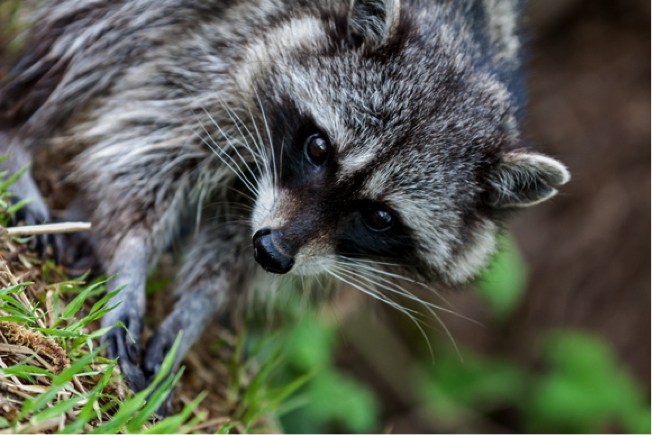 If you’d like to learn more about these amazing nocturnal goings-on, and would like to do so in a fun and family-friendly way, be sure to join us for Creatures of the Night, Thursdays to Sundays at the Halloween Ghost Train in Stanley Park, October 9th to November 1st, 2014.