As the teachers’ strike in BC continued this September I found the perfect activity to enjoy with my niece and nephews, whose ages range from 6 to 14 years old. With blue skies above and a crisp pre-autumn breeze at our backs, we piled in the car and headed out to the Meadows Maze in Pitt Meadows.

I first toured the Meadows Maze, operated by the Hopcott family (of Hopcott Premium Meats) on a grey and drizzly day back in June when the corn was just starting to pop up from the soil: 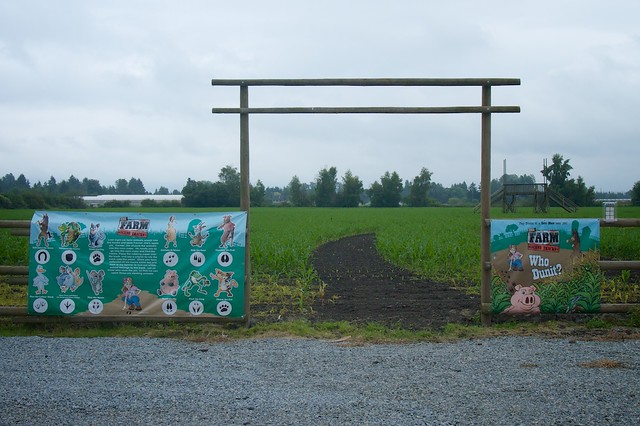 Returning last Friday, the corn was over 2 meters high and a perfect challenge for corn maze adventurers like us: 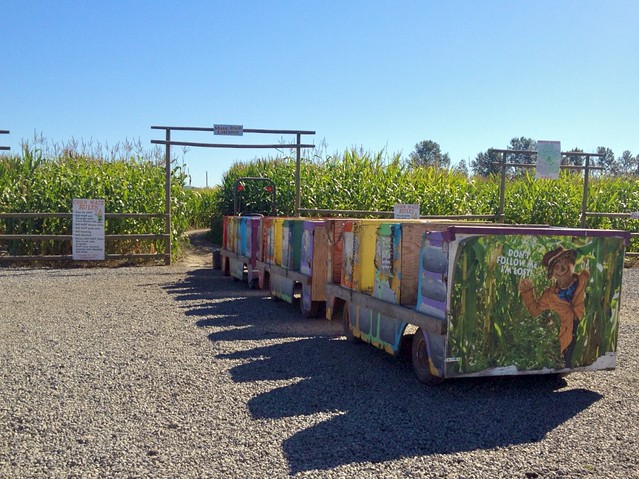 We arrived right at opening (11:00am on Fridays) and there was already a line-up in the gift shop where tickets are purchased. As we got our wristbands, corn maze maps, and clue cards for a fun mystery to solve within the maze, two school buses of young children also pulled up — Meadows Maze was the place to be!

There are three options for exploring the maze. The first, which is the smallest, is the Farm Tracks Maze for young explorers. In this mini-maze guests search for 6 hoof print stations. When found, trace the hoof print, exit the maze, and match the print to an animal to solve the mystery of “Who stole Farmer Joe’s pie?”.

Our group was a bit older so we went for the second maze option: Farm Scene. This is a medium size maze, within the larger Mega Maze, that also has a mystery to solve. Armed with clue booklets, we were to find stations on which farm scenes were depicted. By process of elimination, based on what we saw at the stations, we collected clues and eliminated suspects (weapons, suspects, and the crime scene) leaving us with only one possible scenario at the end and one suspect to lock up for the disappearance of Farmer Joe. 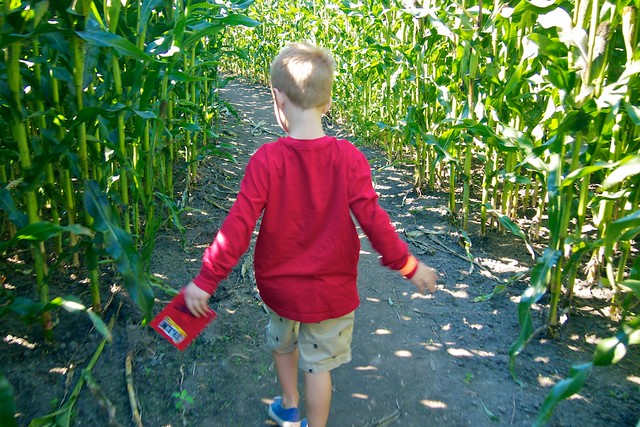 Two of my nephews fought to be at the front of our line and triumphantly rejoiced whenever they were the first to spot the clue stations. My youngest nephew simply enjoyed being in the corn and proclaimed himself “King of the Corn!”. He would walk ahead of us, turn down an adjoining route, and pop out to scare us when we passed. Lucky for me he was wearing an easy-to-spot red shirt so this auntie didn’t get too panicked when he would leave the pack.

My niece, the oldest of the crew, was in charge of photography. I handed her my camera and she took every one of the images used in this blog post. 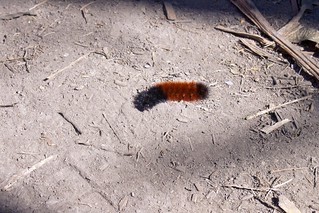 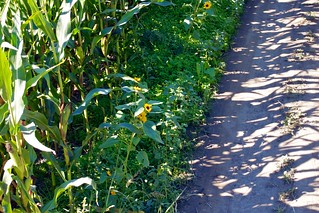 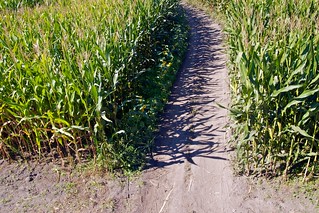 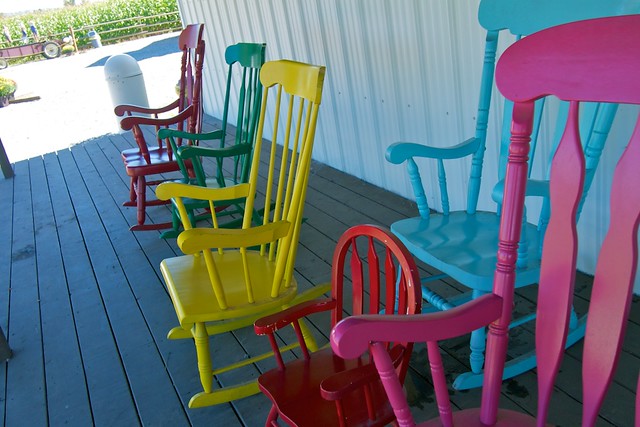 The kids enjoyed this activity although we should have brought some water with us as the “I’m thirsty” chorus began about 25 minutes in on that very warm morning. The snack station was nearby so we rehydrated once we solved the mystery, after about 45 minutes. Everyone was pretty excited to complete the exercise and call out the suspect who was depicted as a cartoon (with the other barnyard suspects) on a board at the exit.

My niece’s favourite part was finding the platform in the middle of the Mega Maze, which we learned wasn’t a part of our Farm Scene course so we must have taken a wrong turn. Regardless, it was a great place to look out at the entire property and enjoy the view of the 6km maze. 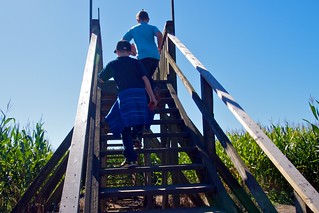 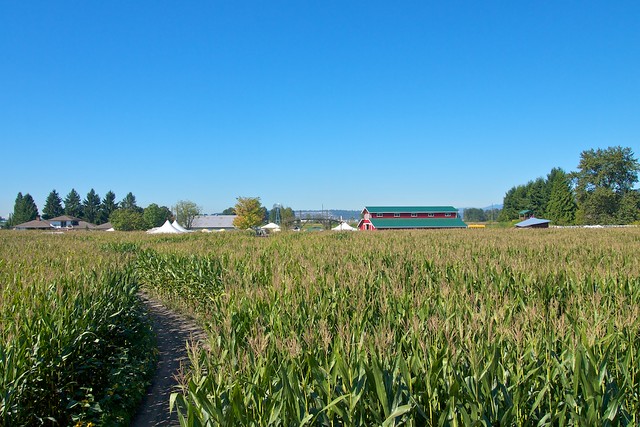 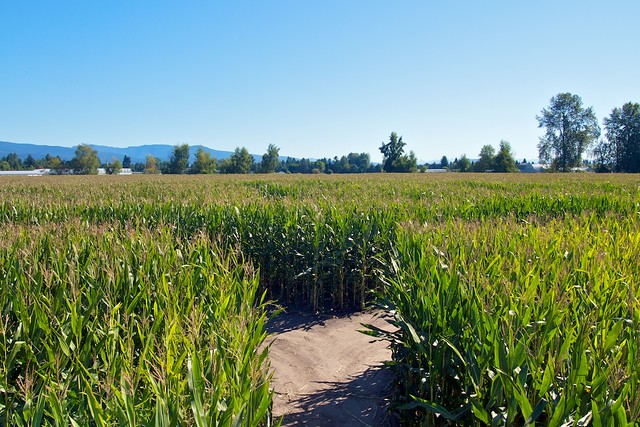 Since we did the medium size maze in 45 minutes, stopping to look for clues, I would anticipate about 90 minutes to complete the Mega Maze. We were done with the corn after our Farm Scene activity and we enjoyed the rest of the Meadows Maze fun for the rest of the afternoon. There’s a petting zoo, pig races, bee observatory, 40-foot slide, corn cannons, hay wagon ride, corn barrel train, picnic areas, and more all included with admission. 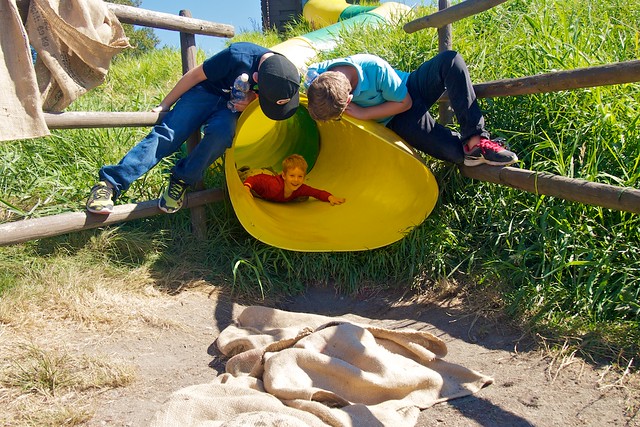 The kids weren’t hungry so we only had drinks at the snack bar but there were many other treats offered, like slushies, popcorn and fudge which was churning right behind the counter.

Also on Miss604.com
« Win Tickets to Up Close and Personal with Colin Mochrie and Guests
The Sonics at The Rickshaw in Vancouver »