When John and I have visitors arriving in Vancouver for the first time we try to accomplish two things: Get them out on the water, and get them up on the mountains. From both vantage points you can experience the wild nature of our region while looking out on our City of Glass.

The trip from the airport, down Granville Street or Cambie Street, gives a nice first impression of our iconic city with towers and neon in front of a green mountain backdrop. There are a few other places you can drive to that will offer sweeping views of Vancouver if you’re looking for a quick photo-op. Thanks to Honda Canada I have visited some great scenic Vancouver viewpoints, here are some of my favourites: 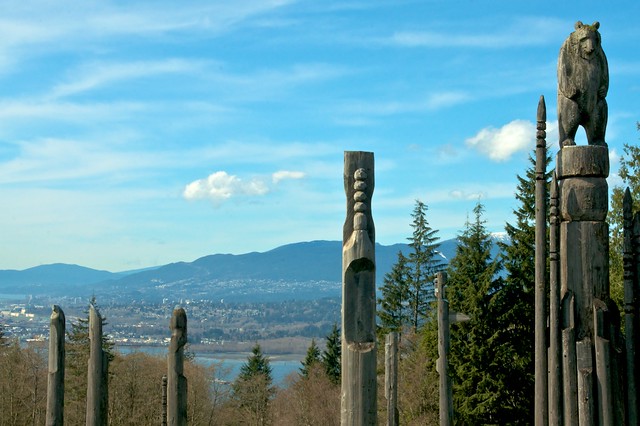 Notes: Walk over to the Playground of the Gods (Kamui Mintara) and do a quick loop of the lookout area that faces Indian Arm. It’s beautiful during the day but pretty epic in the evening when the light from the city and the setting sun shines through these wooden poles. 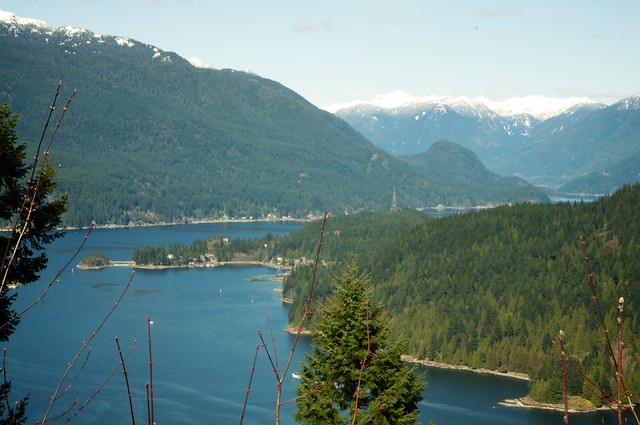 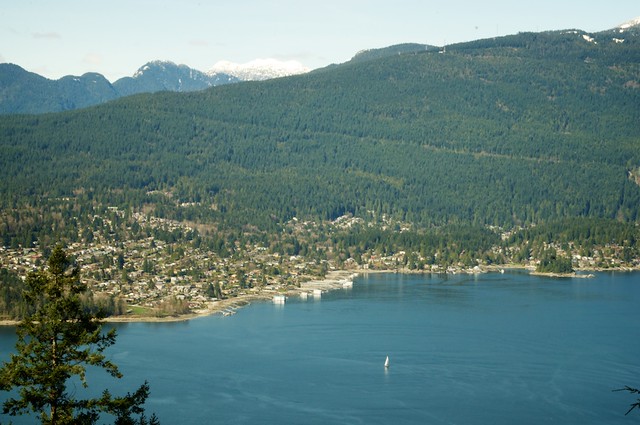 How to get there: Take Highway 1 through West Vancouver and use exit 8 for Cypress Bowl Road. Wind up the road until you see a pullout on your right. Free parking. Hop out and enjoy the panoramic views! 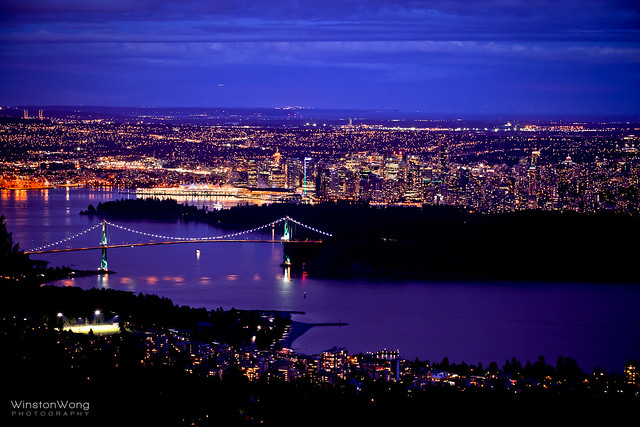 Notes: This spot is also called Barrett’s View, named after Dave Barrett who was the 26th Premier of British Columbia for three years between 1972 and 1975. As an MLA, he pressed the Minister of Forests to honour a commitment to preserve forest lands in Cypress Bowl. What followed was an eight year effort by Barrett to save Cypress Bowl from chainsaws and residential development. 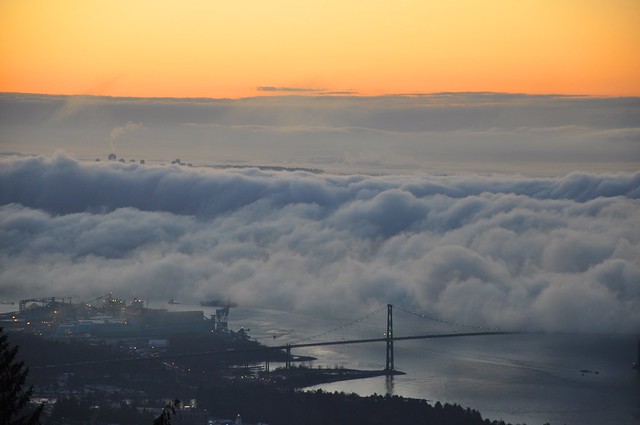 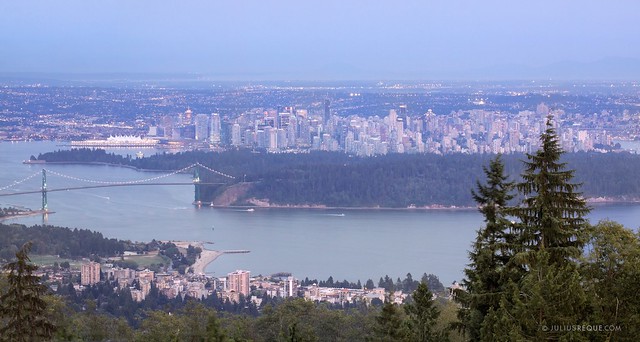 How to get there: Jericho Beach, followed by Locarno and Spanish Banks, is the first of the three beaches along a sandy stretch in Point Grey. West 4th is your best bet to get out there, following it west until it splits north into Marine Drive then north again into Discovery Street where you’ll arrive at the Jericho Sailing Centre and surrounding parking lots. 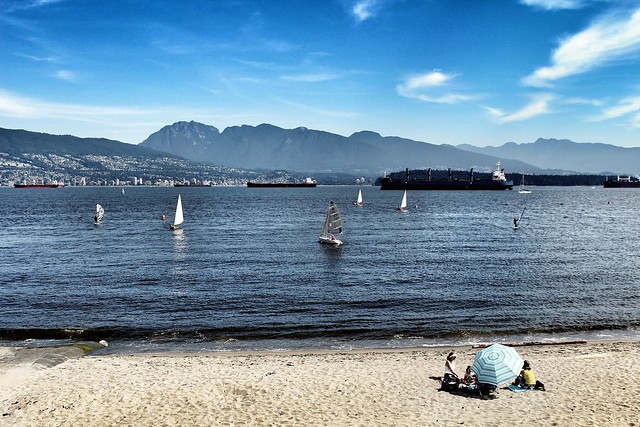 Notes: On top of the views of the city, looking east from the beach, Jericho Beach has tennis courts, picnic tables, a swimming raft, a lifeguard on duty, playing fields, and more. There is a fee to park. 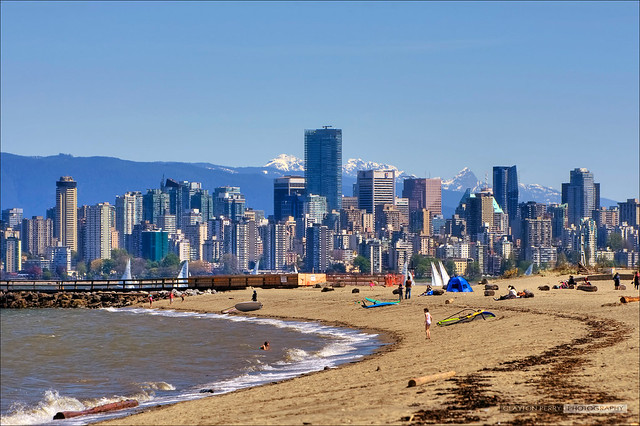 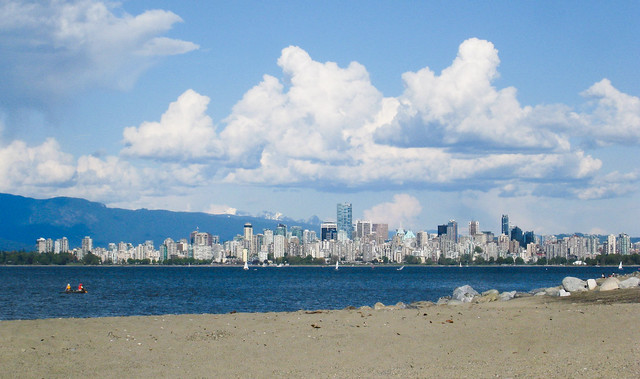 How to get there: Queen Elizabeth Park is located atop Vancouver’s highest point, boasting 52-hectares of green space and the stunning Bloedel Conservatory. Your best bet to get directly up to the viewpoint is to enter the park off Ontario where East 33rd becomes West 33rd, behind Nat Bailey Stadium. Then follow the signs for Seasons and the Conservatory, taking the road up to the top. Pay parking is in effect.

There are two viewpoints. The first is along the back side of the parking lot, looking out at Burnaby. The second is heading north, around the front of the Bloedel Conservatory. 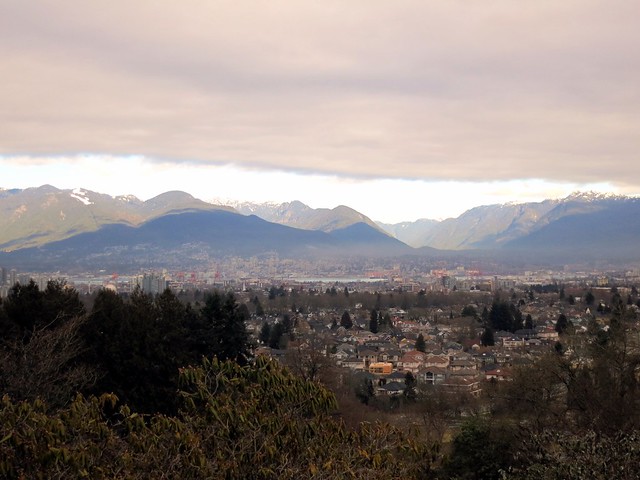 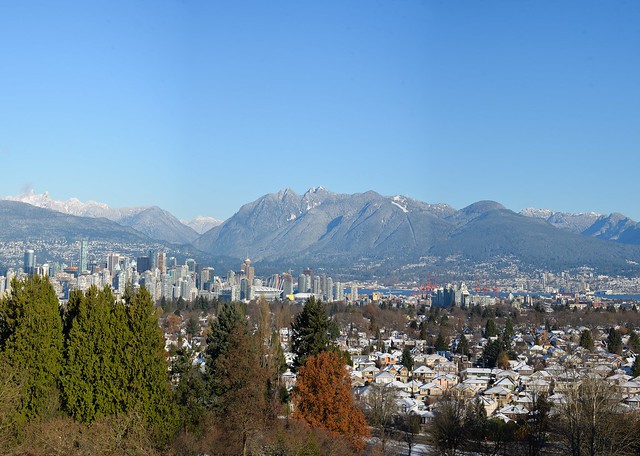 Notes: Would you believe the lush and floral Queen Elizabeth Park used to be a quarry? It’s worth taking a walk down from the viewpoint to explore its beautiful gardens, old quarry waterfall, and brightly blooming grounds. 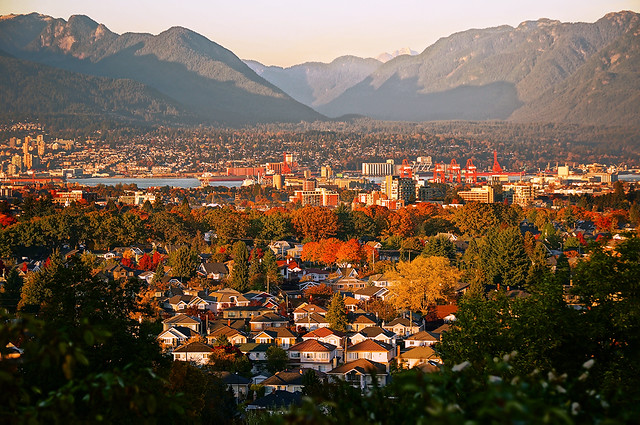 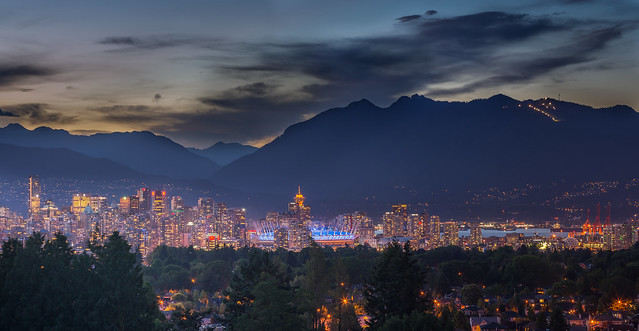 Driving a sweet #AcuraMDX this week. Had to take it to our favourite pit stop at the #Squamish Spit to grab a shot like this. The beautiful sunset and brilliant moon compliment this luxurious ride. #AcuraCanada #Acura #HondaCanada #Honda @acura #car #cars #suv #vehicle #drive #explorebc #explorecanada #bc #canada #sunset #instadrive #instacars #auto

This series is in partnership with Honda Canada. Follow Honda Canada on Twitter for more information about their fleet. Shown below are the Acura MDX and the Honda Accord Hybrid which have helped me get around this summer.

Share43
Tweet
Share
Pin
Email
Reddit
WhatsApp
43 Shares
Current Contests on Miss604
*All contests are open to residents of Canada only, unless otherwise stated. Contest timelines are published on each individual post along with entry methods. Some contests may only be open to those 19 years of age and older. Winners are announced on the contest blog posts. Contest policy »