The Honda Celebration of Light and YVR Airport present the YVR Observation Deck (bleacher seats) and new this year, the viewing area will be fully licensed so spectators can enjoy beer or wine during the July 26th (USA), July 30th (France), or August 2nd (Japan) fireworks nights. 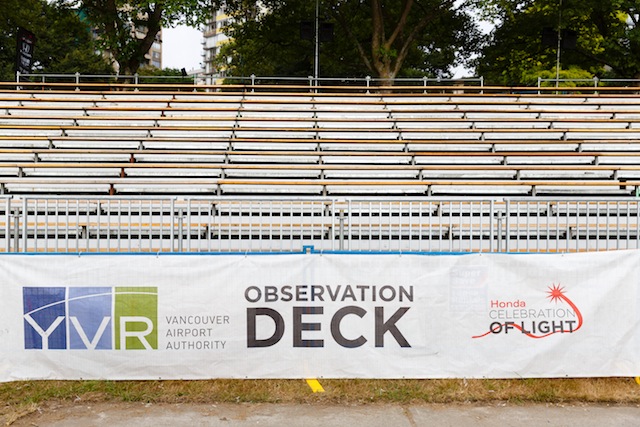 Photo courtesy of the Honda Celebration of Light Fireworks

YVR Observation Deck at the Honda Celebration of Light Fireworks

Tickets for the YVR Observation Deck can be purchased online in advance and include licensed as well as all-ages sections.

Right now you can enter to win prizes by uploading and tagging your Vancouver photos with #VanShinesBright. Share images that showcase our beautiful city and a winner will be awarded each Friday leading up to the events. Entries will be judged on their creativity, originality and pure awesomeness. Enter via Instagram by posting a photo and comment, enter via Facebook with a story about why Vancouver is the best place to be, or enter on Twitter by explaining in 140 characters why Vancouver is the best place to be. Be sure to tag each with #VanShinesBright. 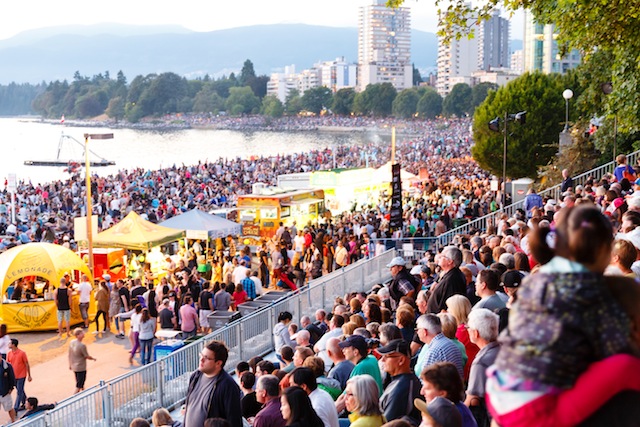 Photo courtesy of the Honda Celebration of Light Fireworks

I also have two tickets for the YVR Observation Deck to give away to one lucky Miss604. The winner will be able to select their date and enjoy the world’s largest offshore fireworks competition from the comfort of the stands in English Bay. Here’s how you can enter to win:

Also on Miss604.com
« Free Outdoor Movies at Canada Place
Things to do in Vancouver This Weekend »