Cirque du Soleil is celebrating its 30th anniversary and in Vancouver, they’ll host activities at the Pacific Centre Plaza from 8:00am until about 6:00pm today. Mayor Gregor Robertson will also be on hand for a special announcement, proclaiming June 16th Cirque du Soleil Day in Vancouver. 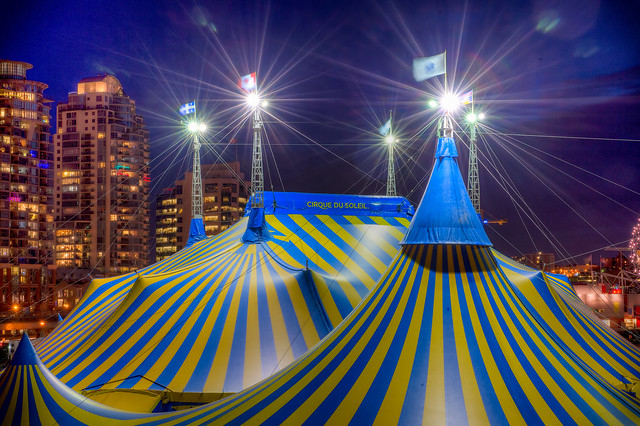 In honour of this festive occasion, Cirque has special (limited) pricing available for TOTEM in Vancouver and I also have a contest to host. 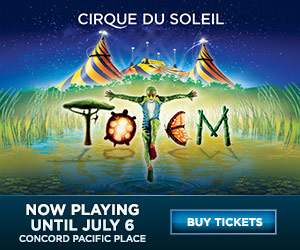 TOTEM – a fascinating journey into the evolution of mankind
Written and directed by Robert Lepage, TOTEM traces the fascinating journey of the human species from its original amphibian state to its ultimate desire to fly. The characters evolve on a stage evoking a giant turtle, the symbol of origin for many ancient civilizations. Inspired by many founding myths, TOTEM illustrates, through a visual and acrobatic language, the evolutionary progress of species. Somewhere between science and legend TOTEM explores the ties that bind Man to other species, his dreams and his infinite potential.

If you would like to win your way into TOTEM, I have a pair of tickets to give away to the performance on July 2nd. Here’s how you can enter to win:

RT to enter to win tickets to @Cirque #TOTEM from @LiveNationWest + @Miss604 http://ow.ly/y5CvY

Update The contest winner is Tim!

On top of today’s activities, there will be a free fireworks show at the Plaza of Nations on Saturday, June 21st, starting at approximately 10:30pm, after the performance of TOTEM that night.