Today’s collection of photographs from the City of Vancouver Archives is in honour of the quasquicentennial of one of our region’s most recognizable and popular tourist attractions. The Capilano Suspension Bridge, almost as old as the City of Vancouver itself, is celebrating its 125th anniversary this year. 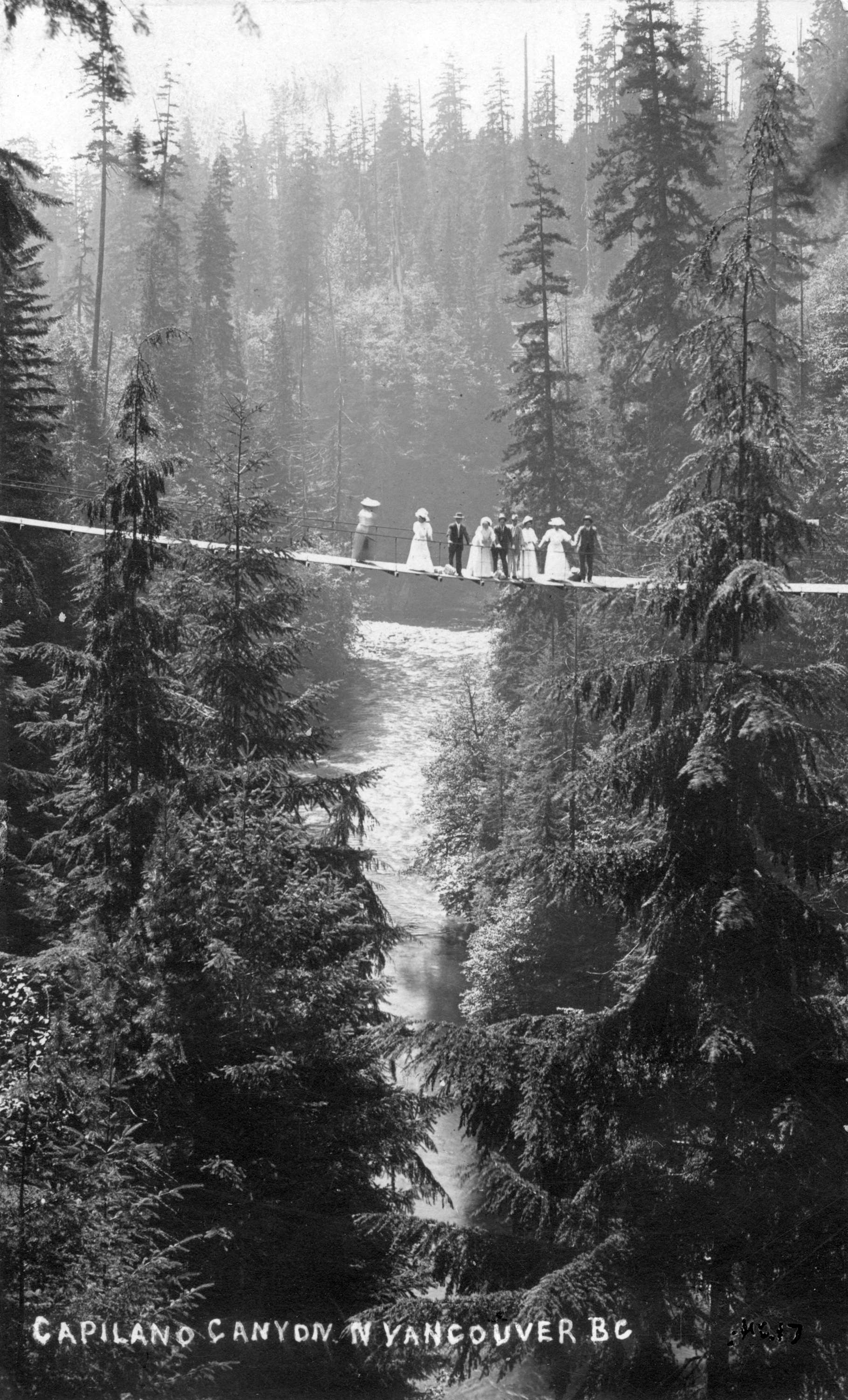 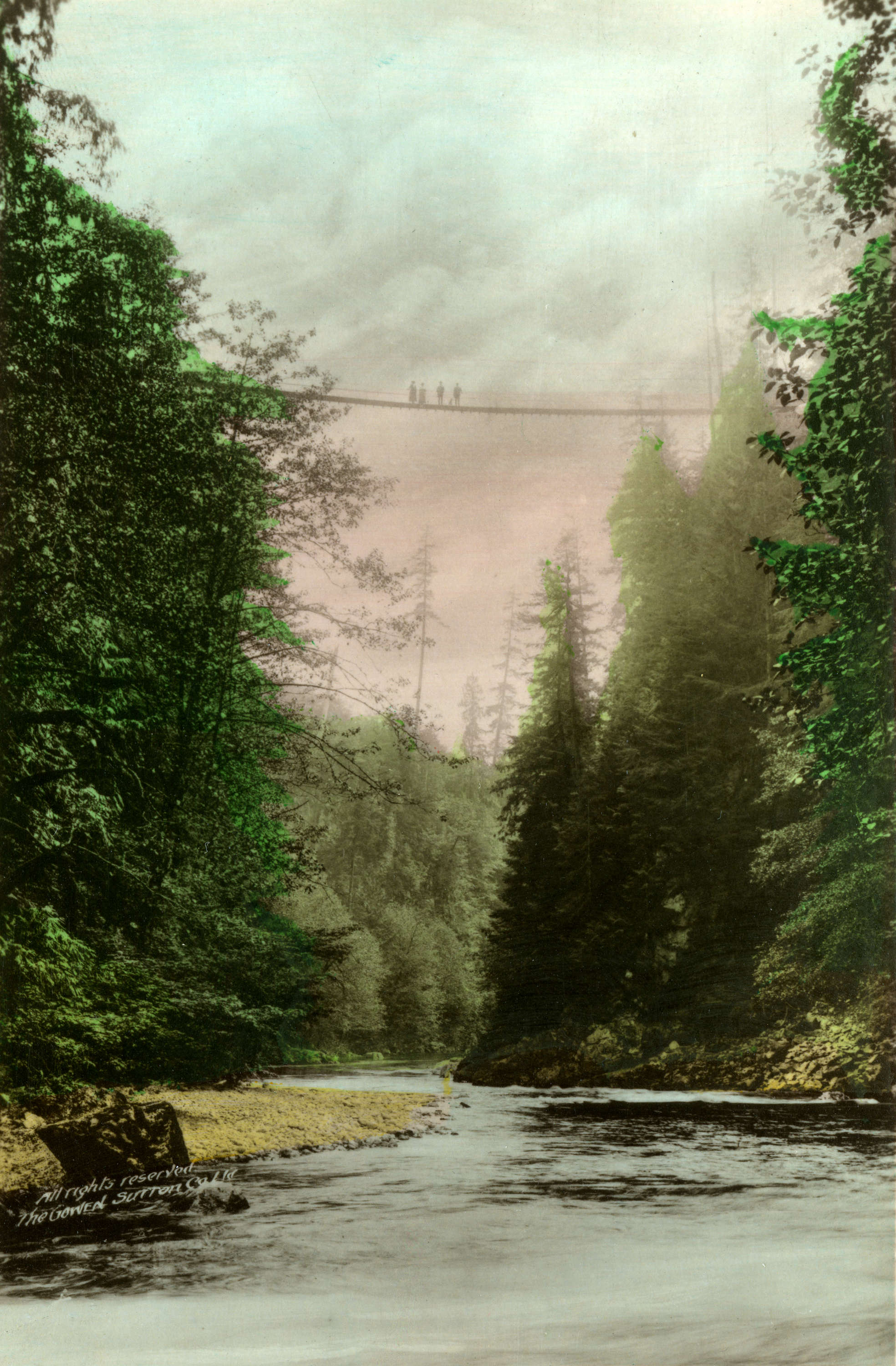 Engineer George Grant MacKay, builder of the original Capilano Suspension Bridge, came to Vancouver from Scotland in 1888 after learning about the city at the 1883 Glasgow Exposition. When he was 12 years old, August Jack Khatsahlano, namesake of the Kitsilano neighbourhood, helped MacKay build the very first Capilano Suspension Bridge. This first span was made with hemp ropes and were anchored to buried cedar logs, one of which is still visible in the park today. In 1903, Bruno Stelzer commissioned engineer Harry Burgess to draw plans for a new wire bridge to replace the rope bridge. Find more history online » 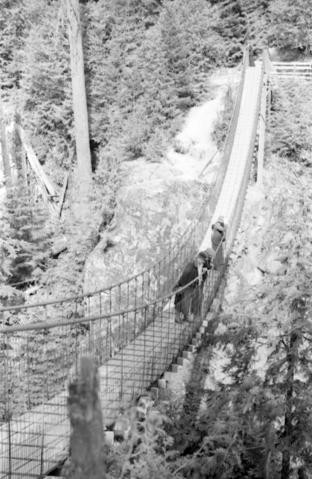 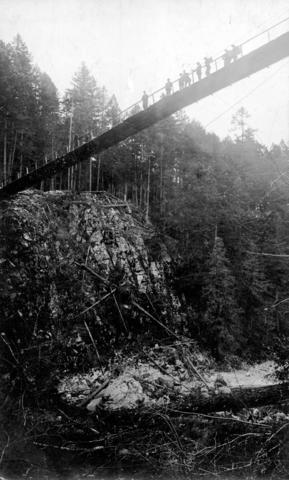 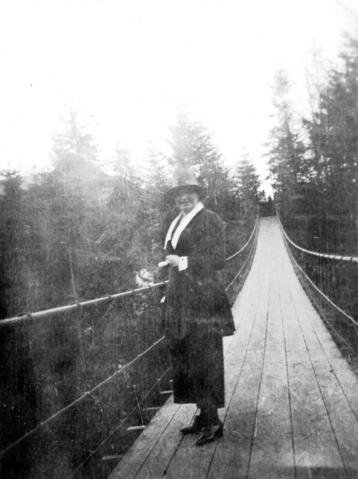 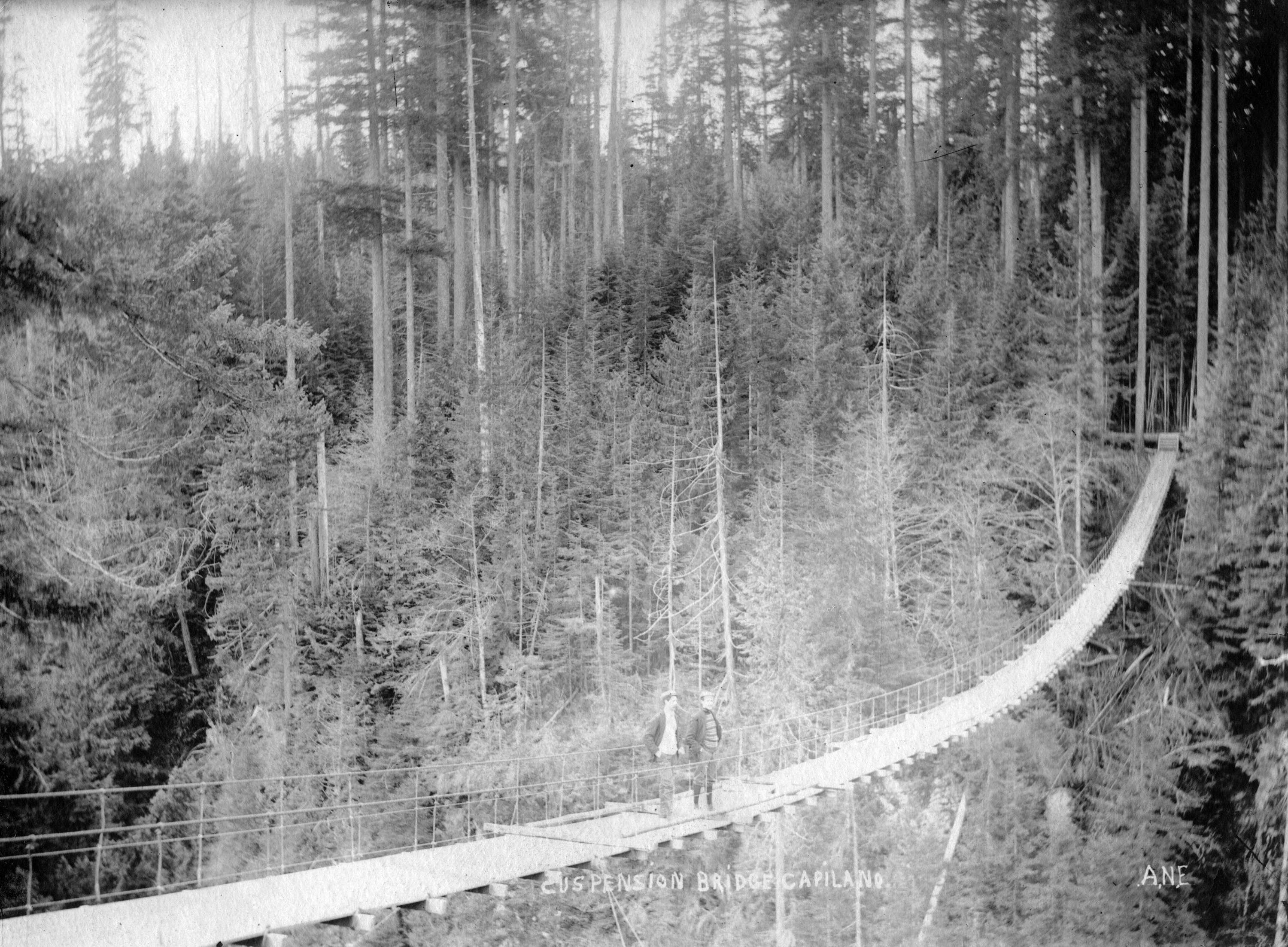 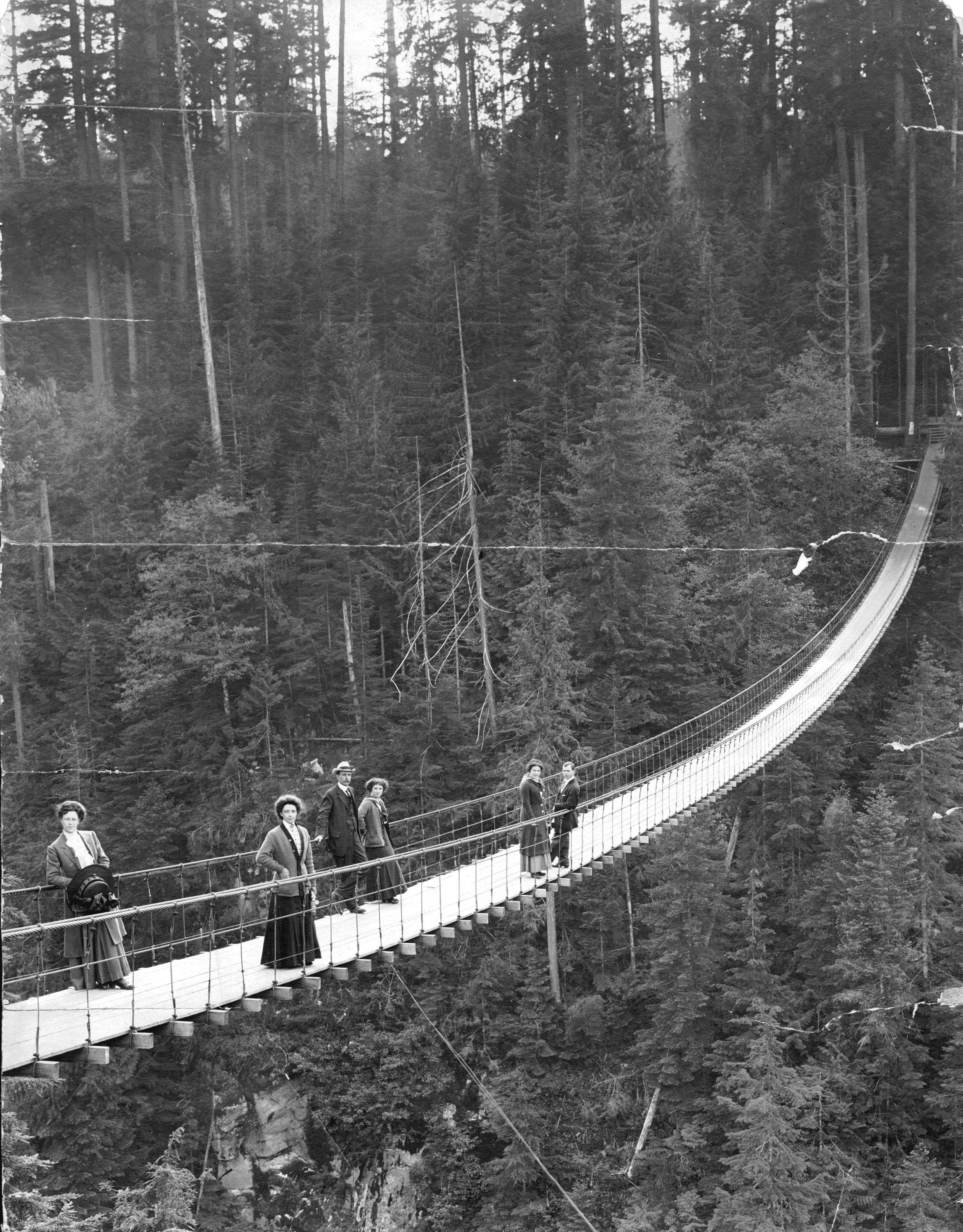 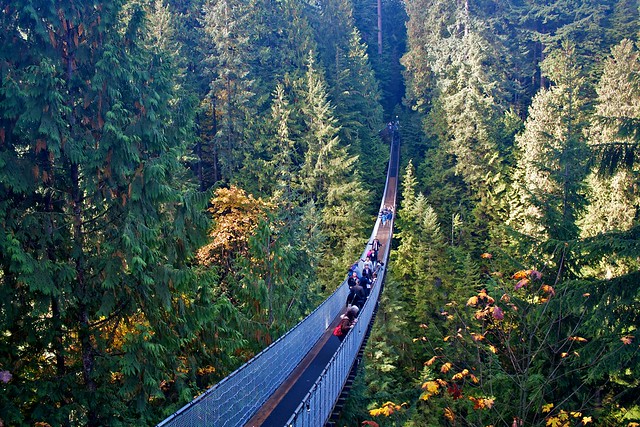 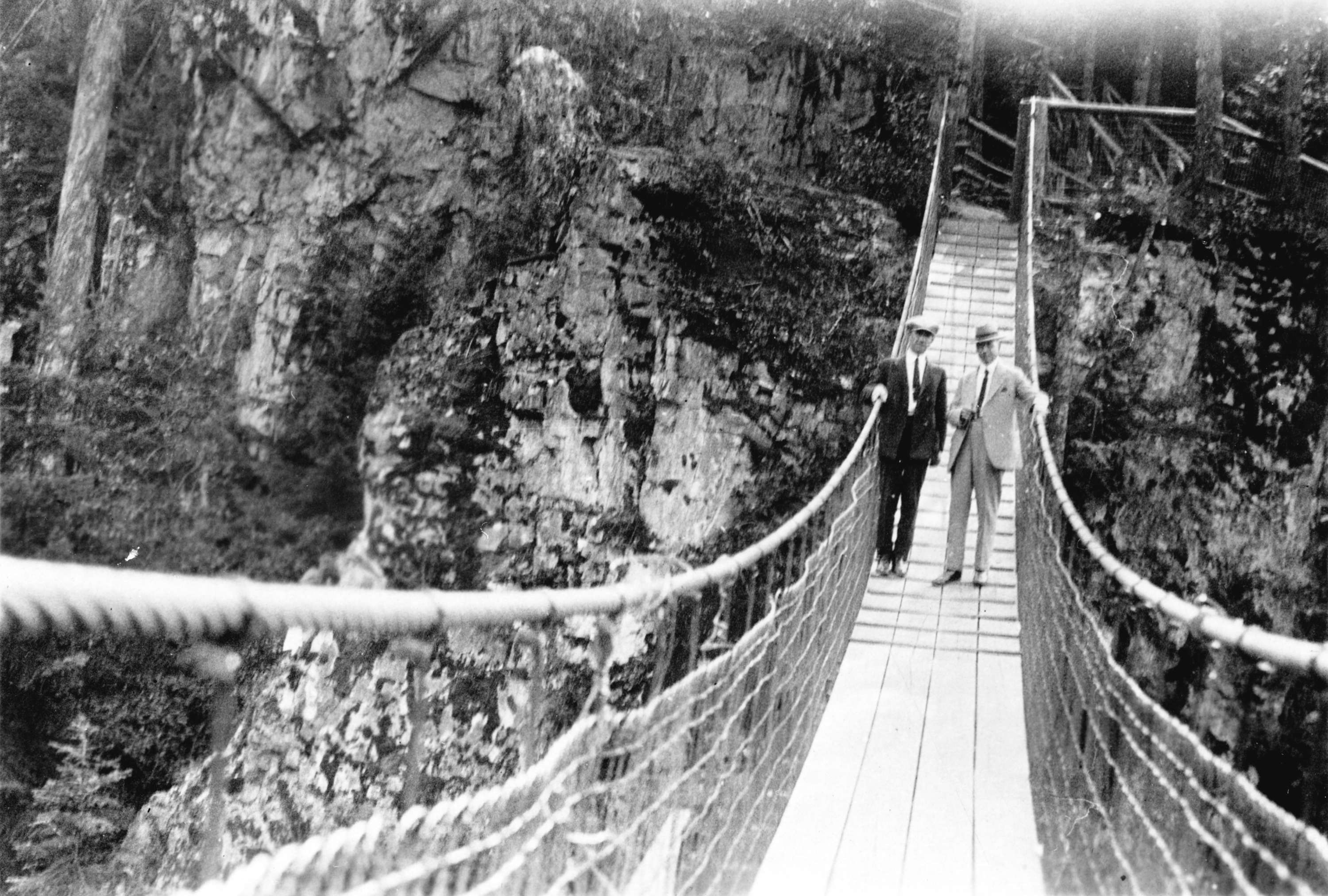 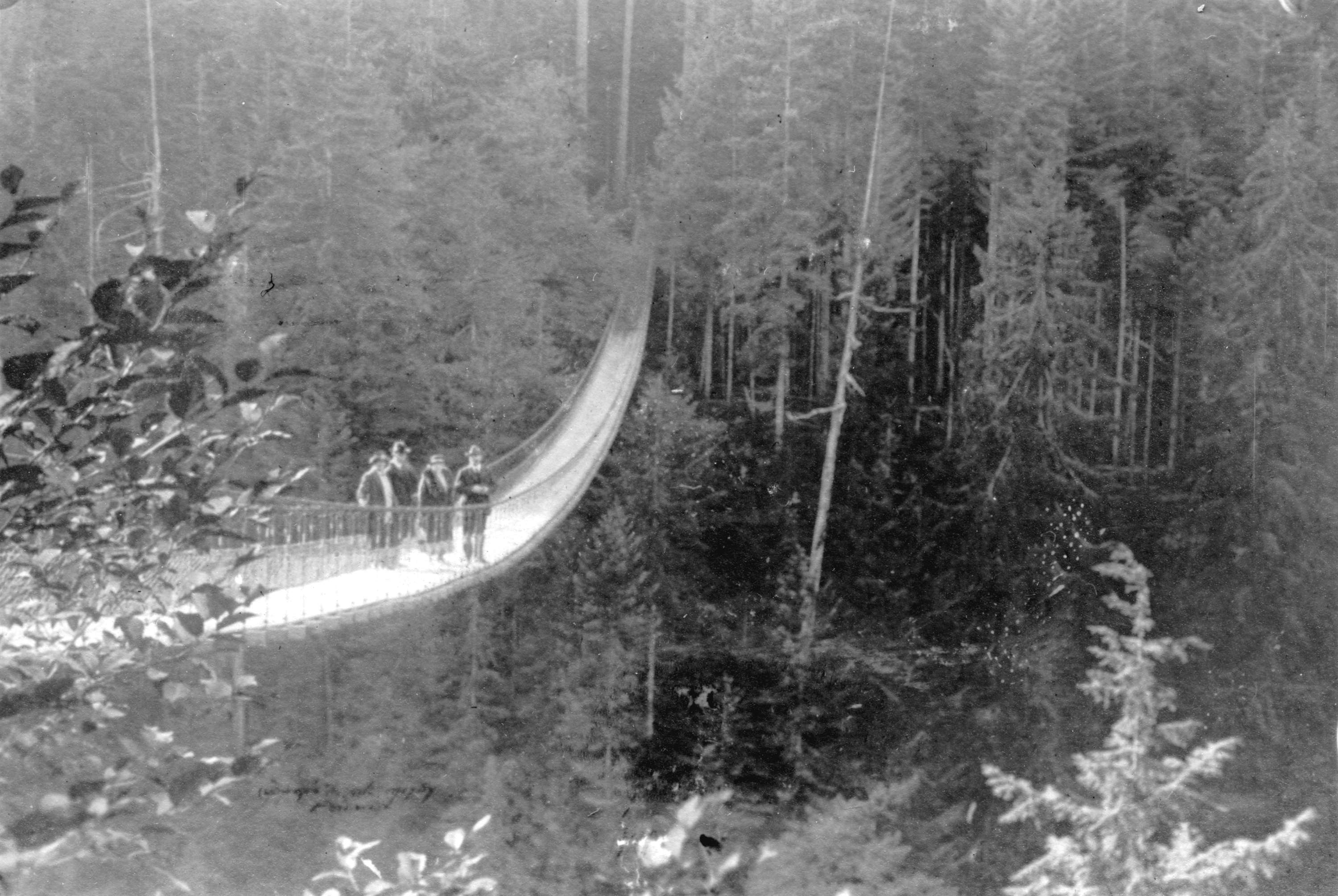 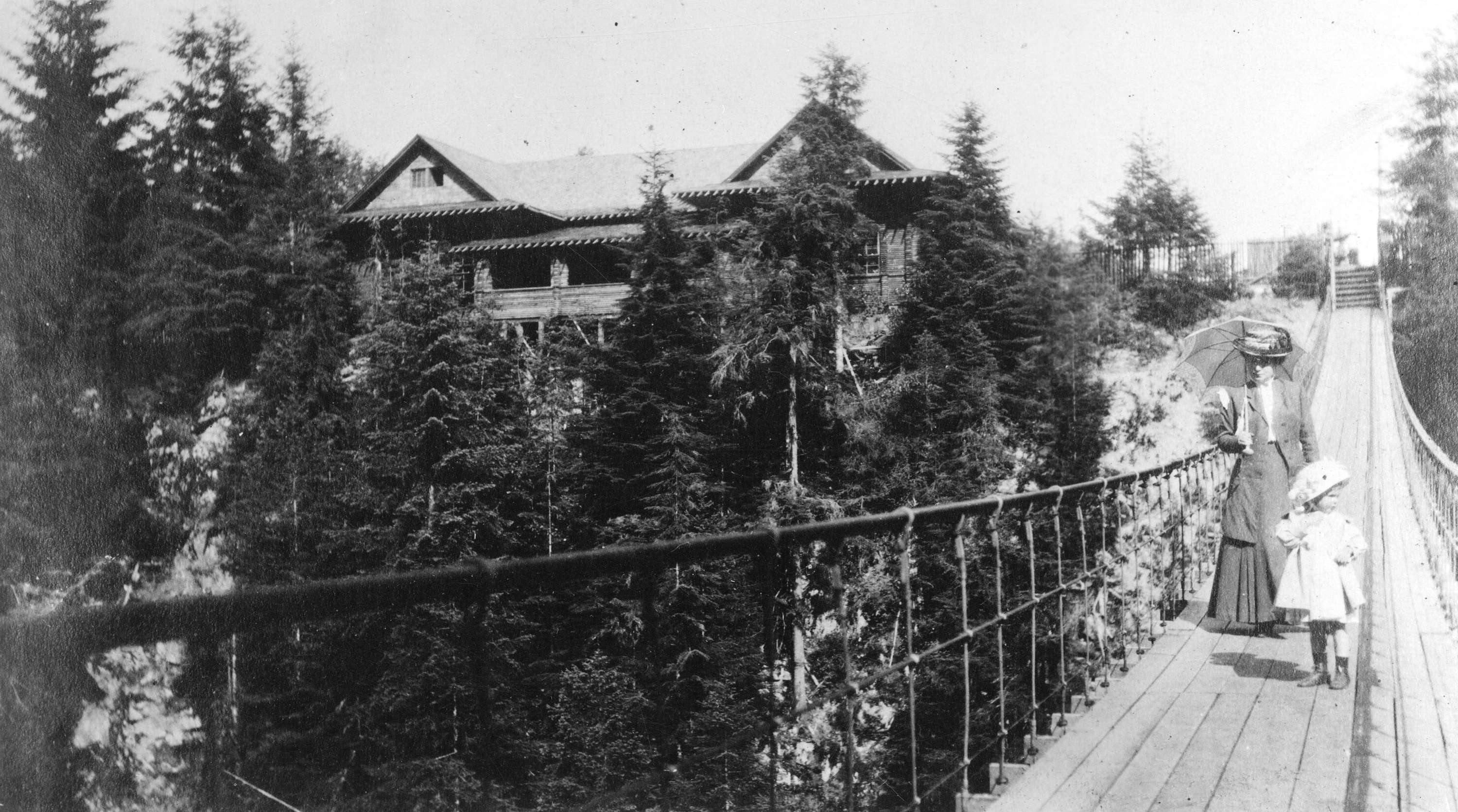 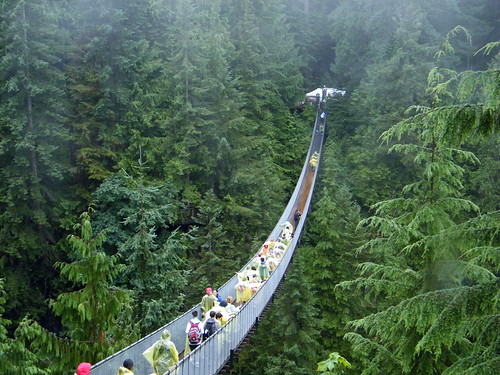 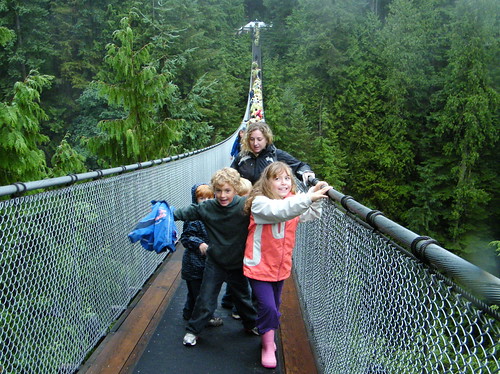 Throughout the next month or so, you can share your Capilano Suspension Bridge memories and stories by following and contributing to the tag #CapBridge125 on Facebook and Twitter.

Capilano Suspension Bridge Park, including the Treetops Adventure and Cliffwalk, is currently open 8:30am until 8:00pm for the summer. BC Residents get special perks and deals on admission and you can enter to win a $20,000 dream wedding at the park as well.

Also on Miss604.com
« Things to do in Vancouver This Weekend
Be Like Ada Coding Bootcamp for High School Girls »