Bard on the Beach Fireworks

Enjoy one of this season’s four plays followed by a delicious salmon barbecue and scrumptious desserts, complimentary tea and coffee; then enjoy a private view of the Honda Celebration of Light fireworks at Bard on the Beach.

New this year, the pre-fireworks Village activities will also include a swashbuckling sword fighting demonstration by Academie Duello and improv antics from the cast of Will Shakespeare’s ImprovMusical. A cash bar will be open all evening.

Also, Bard is pleased to announce a new format for the evening, based on a programming agreement with our friends at SHOREFest and BrandLive. The agreement specifies that music from SHOREFest, on the north shore of False Creek, will not be amplified during our play performances. Our 4:30pm start time will accommodate a full play performance followed by dinner, dessert, Village entertainment and a premium view of the fireworks. 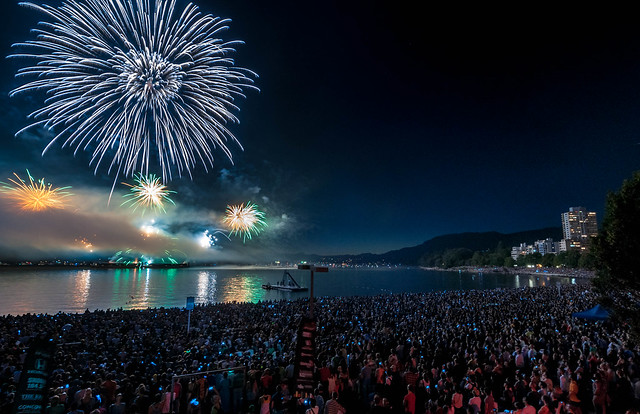 If you would like to win tickets to one of the Bard-B-Q & Fireworks nights, I have a pair of tickets to give away thanks to Bard on the Beach. Here’s how you can enter to win:

Must be 19+ to enter/win. I will draw one winner at random from all entries at 12:00pm on Wednesday, July 9, 2014. Winner can select their Bard-B-Q Fireworks night, based on availability.

Update The winner is Michelle W!