This summer you can catch The Fray in Vancouver at Malkin Bowl as a part of Live Nation’s Concerts in the Park series on June 18th. 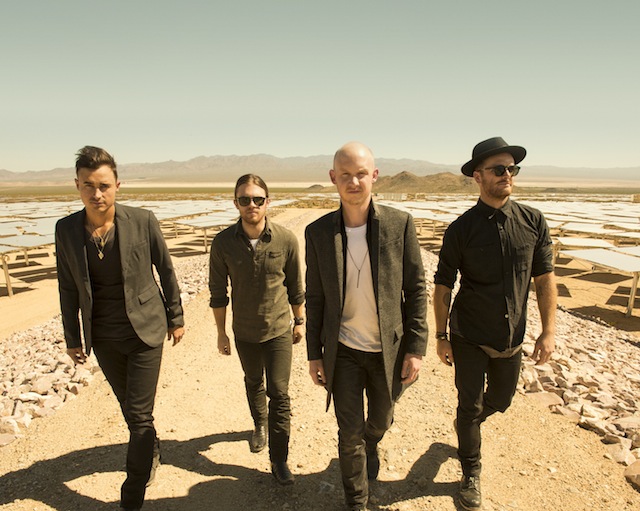 The Fray be playing with guests Barcelona and Oh Honey. Doors at 5:30pm and the show starting at 7:00pm — just as the sun starts to set in this beautiful outdoor venue in our city’s crown jewel. Rock out to your favourite tunes, then grab your sweetheart and slow dance under the canopy.

The Fray is Slade, Joe King (guitar, vocals), Dave Welsh (guitar), and Ben Wysocki (drums). The Denver-based foursome formed in 2002 after high school friends Slade and King bumped into each other at a local guitar shop. The group achieved national success with their 2005 debut, featuring the hit singles “Over My Head (Cable Car)” and “How to Save a Life,” which went double-platinum. The band also earned a 2010 Grammy nomination for their self-titled release.

The fourth album Helios from critically acclaimed Denver-based foursome The Fray was released February 25 on Epic Records. The band premiered the lead single “Love Don’t Die” on the “Today Show,” kicked off the first night of late night television sweeps performing on “The Tonight Show with Jay Leno,” rang in the New Year as part the global TV celebration “Dick Clark’s New Year’s Rockin’ Eve with Ryan Seacrest 2014,” and recently performance on the outdoor stage at Jimmy Kimmel Live! The new music has received early critical acclaim from Denver Post as well as Billboard hailing its “bare emotion bolstered by echoing backing vocals and unexpected twang.”

All ages/general admission tickets are currently on sale for $45.00 (plus FMF & service charges). Charge by phone 1-855-985-5000, book online, or visit you nearest Ticketmaster outlet.

Win Tickets to The Fray in Vancouver

I have a pair of tickets to give away to see The Fray in Vancouver at Malkin Bowl, here’s how you can enter to win:

I will draw one winner at random from all entries at 12:00pm on Tuesday, May 13, 2014. Follow Live Nation on Facebook and Twitter for more show information.

Update The winner is Scott Elliott!