Wine country, live music outdoors, and Canadian musical talent — what could be better? Tinhorn Creek Vineyards is gearing up for another season of their Canadian Concert Series in their Golden Mile vineyard amphitheatre. Tinhorn Creek Vineyards celebrates their 20th anniversary this year, so come and kick off your shoes and join in the party as they are bringing back some of their favourite bands from past Canadian Concert Series. The much-anticipated annual event is a rare opportunity to see some of Canada’s top musical talent while enjoying award-winning wines and taking in the spectacular views of the South Okanagan Tinhorn Creek’s outdoor amphitheatre sits atop the winery’s hillside overlooking the famed Golden Mile, and is a one-of-a-kind venue for dancing the night away under the stars.

Kicking off on May 24th, the 2014 Canadian Concert Series features Tinhorn’s favourite past performers every month and ends with legendary guitarist and singer-songwriter Colin James for the grand finale performance on September 6th.

The Town Pants are the first blast from the past and they will be starting the Canadian Concert Series with their rollicking Celtic rhythms on May 24th ($25) and the party continues with the funky grooves of The Boom Booms on June 28th ($30). On July 26th, Hey Ocean ($40) bring their mellow indie party-pop to the vineyard, followed by the alternative rock music of Odds on August 23rd ($45).

Colin James then returns to Tinhorn Creek on September 6th ($75 — SOLD OUT) to celebrate their 20th anniversary. It’s a special visit for the singer-songwriter as he helped the vineyards to celebrate their 10th anniversary a decade ago. He brings back his unique blend of musical styles that are the result of a long career that has seen him as rock guitar legend, platinum pop artist, blues baby and swing music band leader. Tickets to the Canadian Concert Series are now on sale and are some of the most sought-after in the South Okanagan and beyond. Seasons tickets are just $115 — see the first four concerts in the series for the price of three — and include a complimentary Go Vino stemless plastic wine glass. Tickets for the Grand Finale concert featuring Colin James are $75.

Tinhorn Creek and Watermark Beach Resort have teamed up this year to offer a spectacular giveaway for one lucky Miss604 reader so that they can enjoy the region with a guest and dance the night away at the Canadian Concert Series. The prize package includes two tickets to The Boom Booms at the Canadian Concert Series and a one night stay at Watermark Beach Resort on June 28, 2014, as well as two rides on the Tinhorn Creek shuttle to get you to the concert series and back. 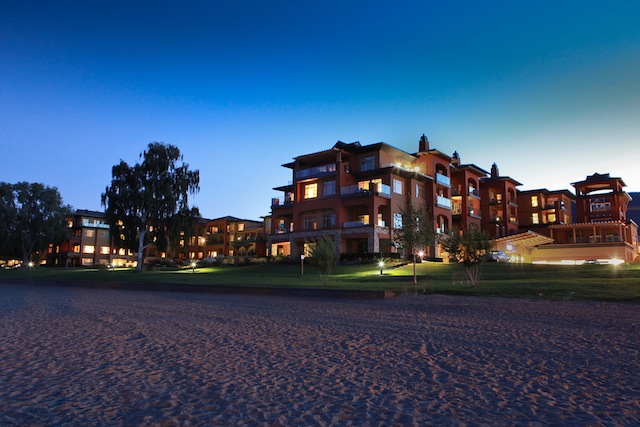 Getaway, runaway, escape at Watermark Beach Resort. Enjoy one night accommodation in a one bedroom Lakeview Suite. Discover the South Okanagan “good life” at the Okanagan resort that defines easy living, where attention to detail and personal service is as unmatched and unique as the experience and amenities available at Watermark.

Tinhorn Creek has a wineshop, barrel cellar, demonstration vineyard, tours, and Miradoro Restaurant which are complimented by sweeping views of the South Okanagan valley between Oliver and Osoyoos. It’s a one-of-a-kind venue for a concert series that celebrates so many great things about our beautiful province.

I will draw one winner at random from all entries on Thursday, May 1, 2014 at 12:00pm. You must be legal drinking age to enter this contest. Please enjoy responsibly. Watermark Beach Resort stay prize is valid only June 28, 2014. Prize does not include transportation to/from the Okanagan. Prize cannot be redeemed for cash or any other value.