Pauline Johnson documented and shared “Legends of Vancouver” over 100 years ago, telling famous tales of the Lions peaks and giving Lost Lagoon its name. Many of Pauline’s works are in the Public Domain and her book, “Legends of Vancouver” is available on iBooks, and for free on Kindle. In the last post I featured Lost Lagoon and this week’s theme is a tribute to our April showers.

From out the west, where darkling storm-clouds float,
The ‘waking wind pipes soft its rising note.

From out the west, o’erhung with fringes grey,
The wind preludes with sighs its roundelay,

Then blowing, singing, piping, laughing loud,
It scurries on before the grey storm-cloud;

Across the hollow and along the hill
It whips and whirls among the maples, till

With boughs upbent, and green of leaves blown wide,
The silver shines upon their underside.

A gusty freshening of humid air,
With showers laden, and with fragrance rare;

And now a little sprinkle, with a dash
Of great cool drops that fall with sudden splash;

Then over field and hollow, grass and grain,
The loud, crisp whiteness of the nearing rain. 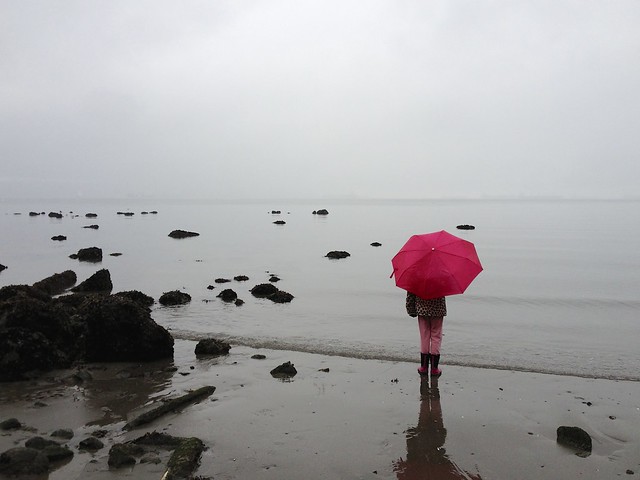