Bastille played a sold out show at the Commodore Ballroom in Vancouver last night although there was still plenty of room to dance around the venue when the winners of the 2014 British Breakthrough Award took to the stage.

Bastille at the Commodore in Vancouver Photos

Facing drummer Chris Wood, revealing the outline of a wolf on the back of his grey hoodie, Dan Smith jumped onto stage with “Bad Blood” as Bastille kicked off their Vancouver show. The single shares the name with the group’s first studio album, which was released in 2013. 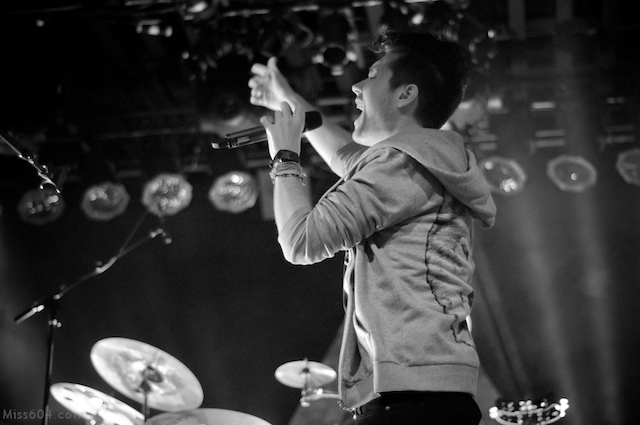 Since that time, Dan Smith, Chris Wood, William Farquarson and Kyle Simmons have had other hits in the UK, bursting onto the North American scene late last year with a reissue of their debut album called All This Bad Blood, and making their way through the late night talk show circuit along with being the SNL musical guest in January of 2014. 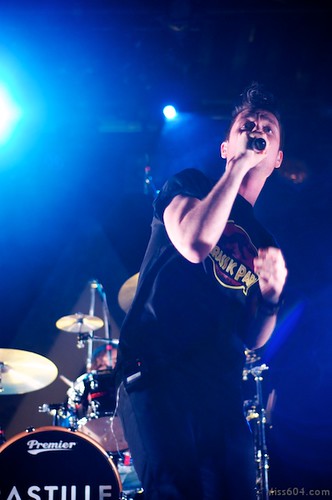 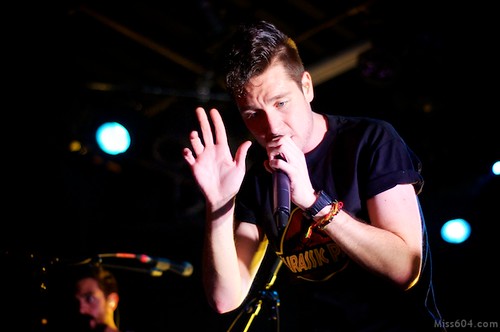 Expecting the crowd to mainly be familiar with the single “Pompeii”, currently in heavy rotation on radio stations of varying genres and on many an iPod playlist, the concert was one giant sing-along. Throngs of fresh-faced ladies pressed against the barricade at the front of the stage and each one knew just how to sing along to frontman Dan Smith’s spot-on vocals as they happily joined for a chorus, or ten. 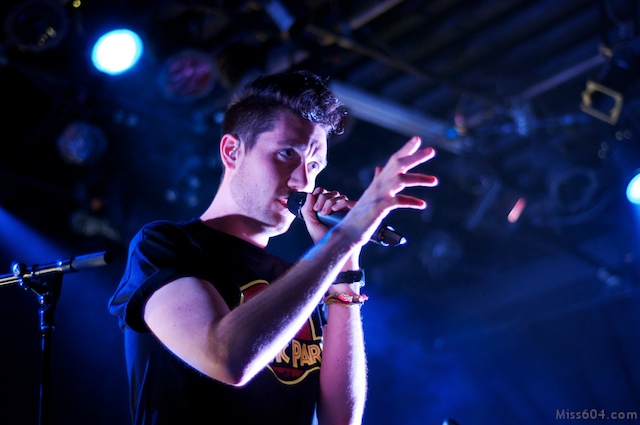 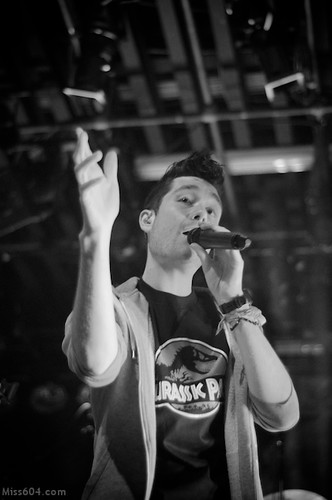 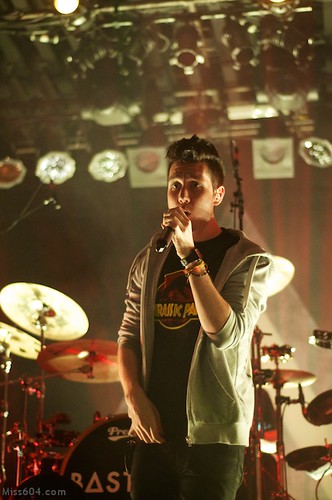 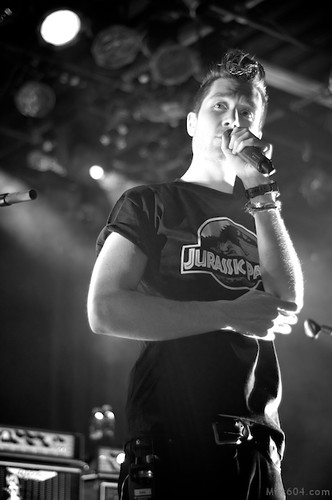 Smith sounded better vocally than any of the live performances I’ve seen on television, or many of Bastille’s acoustic videos on YouTube, and the band was solid as they cranked out “Weight of Living, Pt. II”, “Things We Lost in the Fire”, “Icarus”, “These Streets” (which Dan said was his favourite) and tracks recently added to their album like “Poet”, “Laughter Lines”, and “The Draw”. 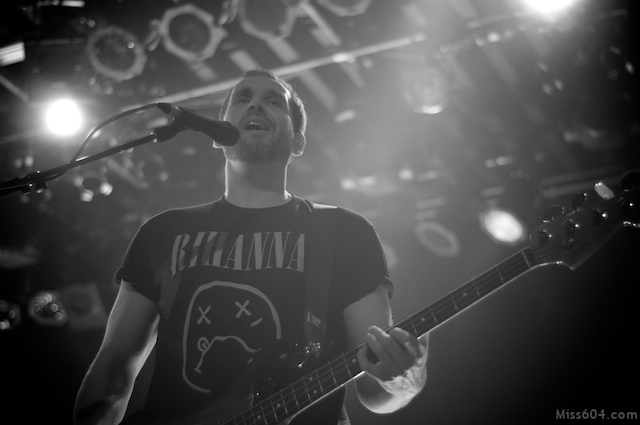 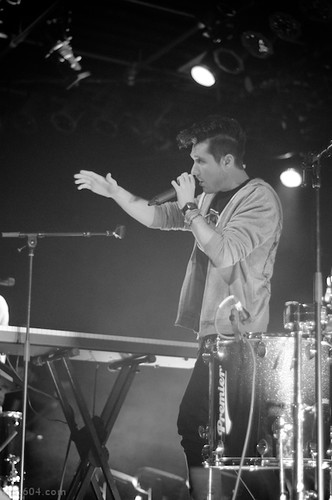 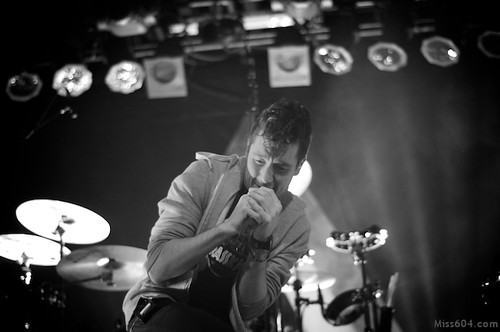 Finishing out the show, Dan put his wolf hoodie back on and tied it up nice and tight before being led into the crowd like a prize fighter. He did a full lap of the Commodore, with a multi-man escort, singing “Flaws” with the audience. 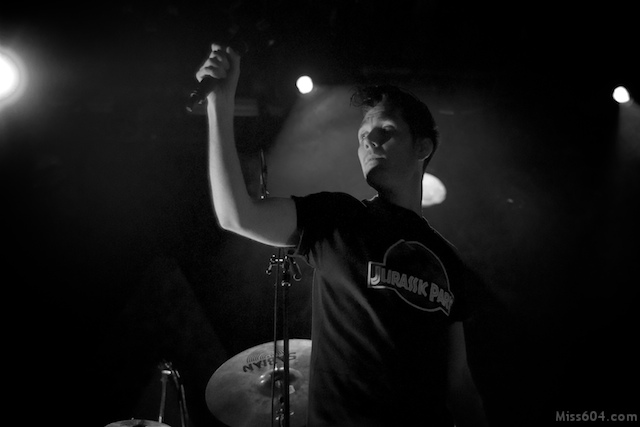 For their second encore song the group performed their mashup of “Of the Night”, a mix of “The Rhythm of the Night” by Corona and “Rhythm Is a Dancer” by Snap! This was followed by the much-anticipated Pompeii for which they asked their opening band, To Kill a King, to join them on stage. 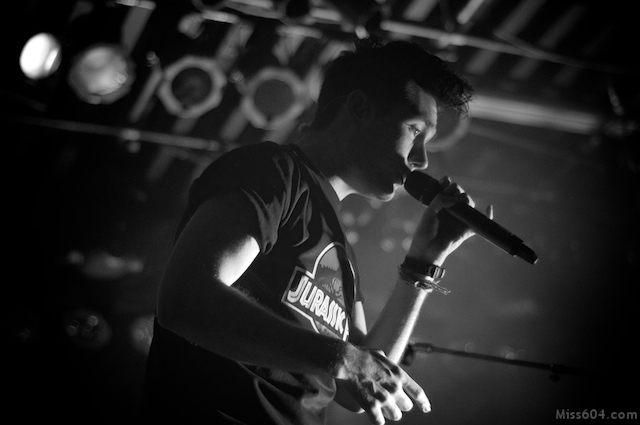 Bastille seemed to have a great time in Vancouver, stopping by Dude Chilling Park and doing a free concert with The Peak out at the Maritime Museum earlier in the day.

I think the fans at the Commodore may have just had a better time, as all were in good spirits, dancing like crazy, smiles on every face. It was an excellent vibe and probably one of the most positive atmospheres I’ve experience at a downtown Vancouver club show.

Catch Bastille in Seattle tonight, Coachella next week, and across North America the rest of the summer before they head to Australia and Europe.