On the Stanley Park Causewey overpass, which offers great views of the Lions Gate Bridge and two large lions by sculptor Charles Marega, there are four smaller lions — two of which had their faces smashed off this weekend in a senseless act of vandalism. 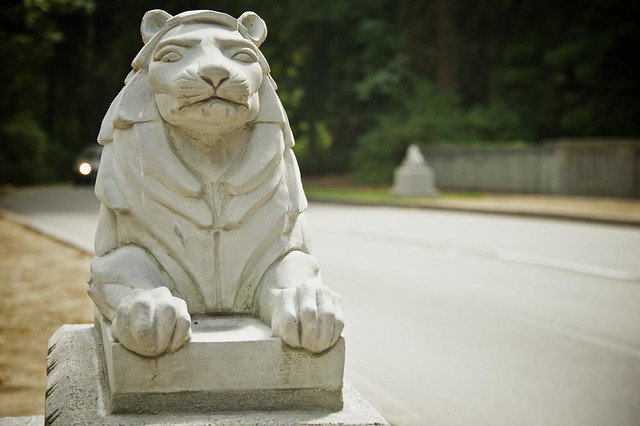 One lion’s face was destroyed and the second lion’s face and paws were removed. Park Board commissioner John Coupar said the situation is disappointing. “Well, it’s a random act and an unfortunate act, and it’s just one of those things that shouldn’t happen that does happen,” he told CBC News. “We’re all saddened by it, but we’ll do our best to make it right.”

@CityofVancouver two lions above the causeway have been vandalized. Not the lions by the bridge. pic.twitter.com/0GsJI6RhQf

Coupar said it isn’t yet clear how much the repairs will cost or how long they will take. Vancouver police Sgt. Randy Fincham said investigators are going to work with the park board to find those responsible “for taking the roar out of these two lions.” [Source: CBC]