It took several days for Vancouver to involve its Olympic cauldron in Sochi 2014 celebrations but since it fired back up again on February 12th, it’s been re-lit every evening at 6:00pm when Canada wins a gold medal in competition that day. Tonight it will be lit thanks to our gold medals in Ski Cross (Marielle Thompson) and Men’s Curling (Brad Jacobs and his rink), and it will burn for about 2 hours.

Bring the family, sing O Canada and get a healthy dose of camaraderie, sportsmanship, and patriotism as we near the end of the Games. 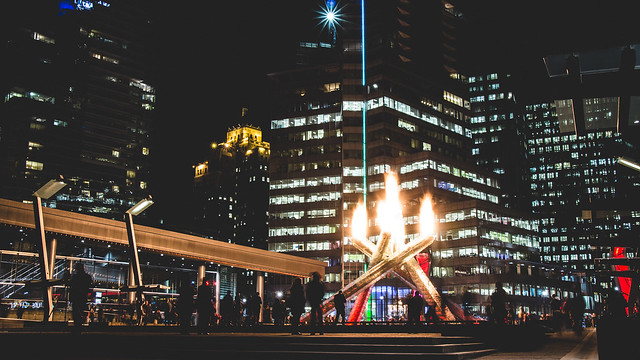 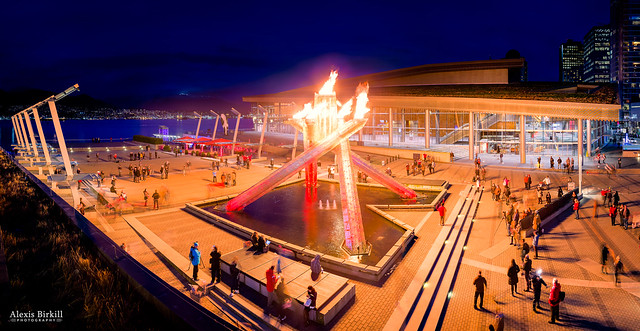 The lighting will take place in the morning following the conclusion of the final sporting event through to the end of the Closing Ceremony. In addition, the Cauldron will be re-lit from 4pm to 8pm. Join us in singing our national anthem at 4pm on the Jack Poole Plaza. Go Canada!”