Last week the logo was revealed for the 102nd Grey Cup Festival in Vancouver where the best of the CFL will face off for the season’s top prize on November 30, 2014. The logo — designed by the BC Lions’ own Keron Williams — features BC Place, the North Shore mountains, and this year’s slogan: “The Roar on the Shore”. 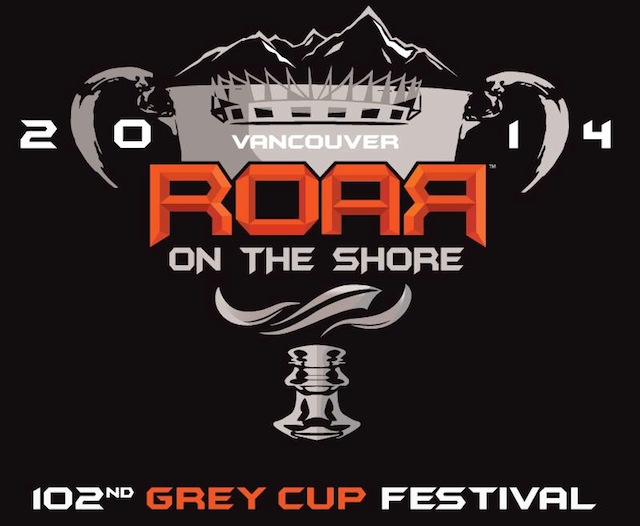 Vancouver hosted the 99th Grey Cup Festival back in 2011 and it was great fun, leaving me very excited for the event in November. It felt great to welcome fans from across the nation and to take part in a variety of fan events. The Grey Cup Festival will run from November 26th until November 30th, 2014.

There are four ways to get your tickets for the big game in Vancouver: