Brent Butt — comedian, actor, writer, and Emmy Nominee — will be heading across Canada for a stand-up comedy tour ahead of the release of his movie No Clue.

No Clue premiered at the Whistler Film Festival in December and it will be in theatres on March 7th. Brent Butt’s Hiccups and Corner Gas are also the two highest-rated Canadian shows in the history of the Comedy Network. Dates for his national tour are: 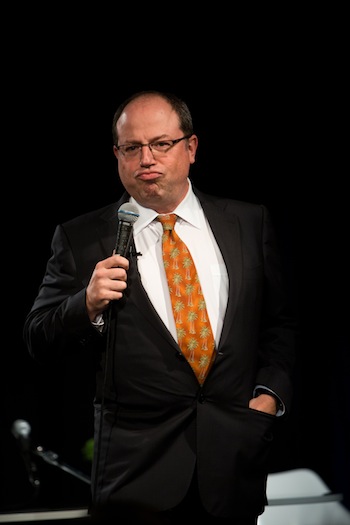 Tickets are available at each venue’s box office and also via Brent Butt’s website. I also have a pair to give away thanks to Paul Mercs Concerts. Here’s how you can enter to win tickets to see Brent Butt in Vancouver on February 6th at the Vogue Theatre:

I will draw one winner at random from all entries at 12:00pm on Monday, January 27, 2014. Follow Paul Mercs Concerts on Facebook and Twitter to learn more about upcoming shows and artist events in your area.

Also on Miss604.com
« Hockey Night in Canada Punjabi Hosts in Langley
Game of Thrones at the PNE in Vancouver »