Showcasing his signature wit, the show chronicles McCulloch’s journey from his wild early days as a ‘young punk’ in 80’s Alberta, to his flannel plaid days in 90’s Toronto, to becoming a ‘pajama-clad dad’ in the Hollywood Hills. 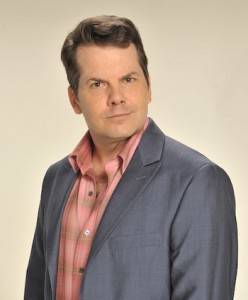 Tickets for the Vancouver show are $35 and can be purchased from the Firehall Arts Centre or by calling (604) 689-0926. McCulloch will do a post-show talkback on Thursday, January 29th. If you would like to win your way in, I have a pair of tickets to give away to see Bruce McCulloch on January 29th. Here’s how you can enter to win:

RT to enter to win tickets to Bruce McCulloch live in Vancouver from @FirehallArtsCte + @Miss604 http://ow.ly/sQj3u

Follow Firehall Arts Centre on Facebook and Twitter for more information about these shows and others this season in Vancouver. I will draw one winner at random from all entries at 12:00pm on Sunday, January 26, 2014. Update The winners is Liz Kalt!