The popular hosts of Punjabi Hockey Night in Canada will make a public appearance in Langley on January 26th. Hosted by Preston Chevrolet, announcers Harnarayan Singh, Bhola Chauhan and Inderpreet Cumo will participate in hockey-themed activities and you can bring the whole family to join the fun. 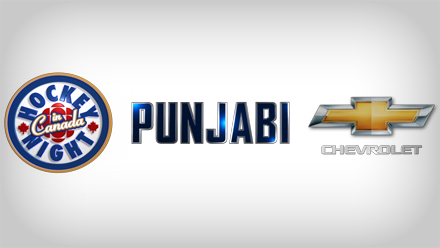 Full bios are available online courtesy of Indo-Canadian Voice and at the CBC Media Centre.

This event is part of the Chevrolet “Meet and Greet” series with the trio that will also take place March 9th at Barnes Wheaton Chevrolet in Surrey, and then April 12th at CMP Automotive Dealership in Calgary. Follow the Hockey Night in Canada Punjabi Blog for more updates.