Holiday craft season is in full swing and Got Craft? is a must-see event if you love to shop handmade and shop local. Got Craft? aims to bring together a community that fosters handmade and D.I.Y. culture. Founded in 2007, Got Craft? is held twice a year in May and December featuring handmade designers, craft workshops, tasty treats, DJs, FREE swag bags, and everything from chocolate to cards and clothes. 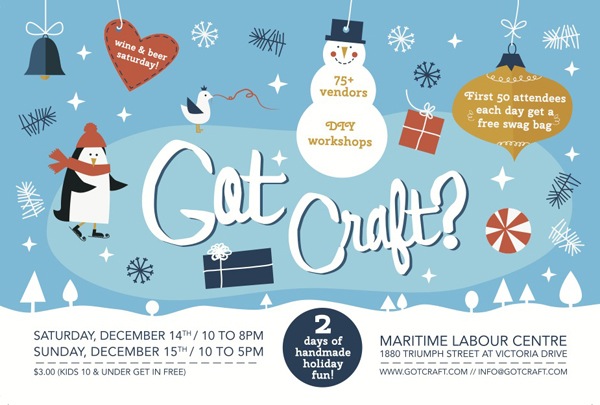 The first 50 people in line each day receive a swag bag. Designed by The Beautiful Project and hand printed by Locomotive Clothing, each bag is stuffed with a selection of goodies from our vendors and sponsors including MailChimp and UPPERCASE magazine. 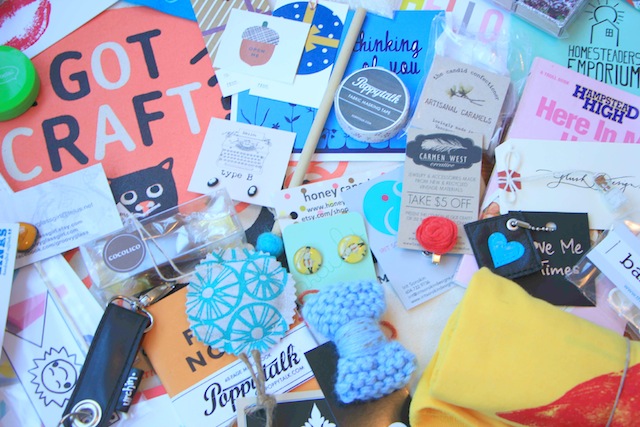 If you would like to check out Got Craft? I have a 4-pack of tickets to give away. My contest winner will also receive one of the coveted Got Craft? swag bags AND these special items exclusive to my contest:

The winner plus three guests will be added to the guest list at the show. Here’s how you can enter to win tickets and this gigantic gift bag giveaway:

Update The winner is Brent!

Also on Miss604.com
« Things to do in Vancouver This Weekend
Ice Skating on a Farm in Surrey »