There have been some pretty remarkable structures erected in Vancouver and one of them has to be the ski jump that was installed in April of 1958 at Empire Stadium. Constructed for the Centennial Invitational Tournament, it was the fourth-largest ski jump in the world at the time. 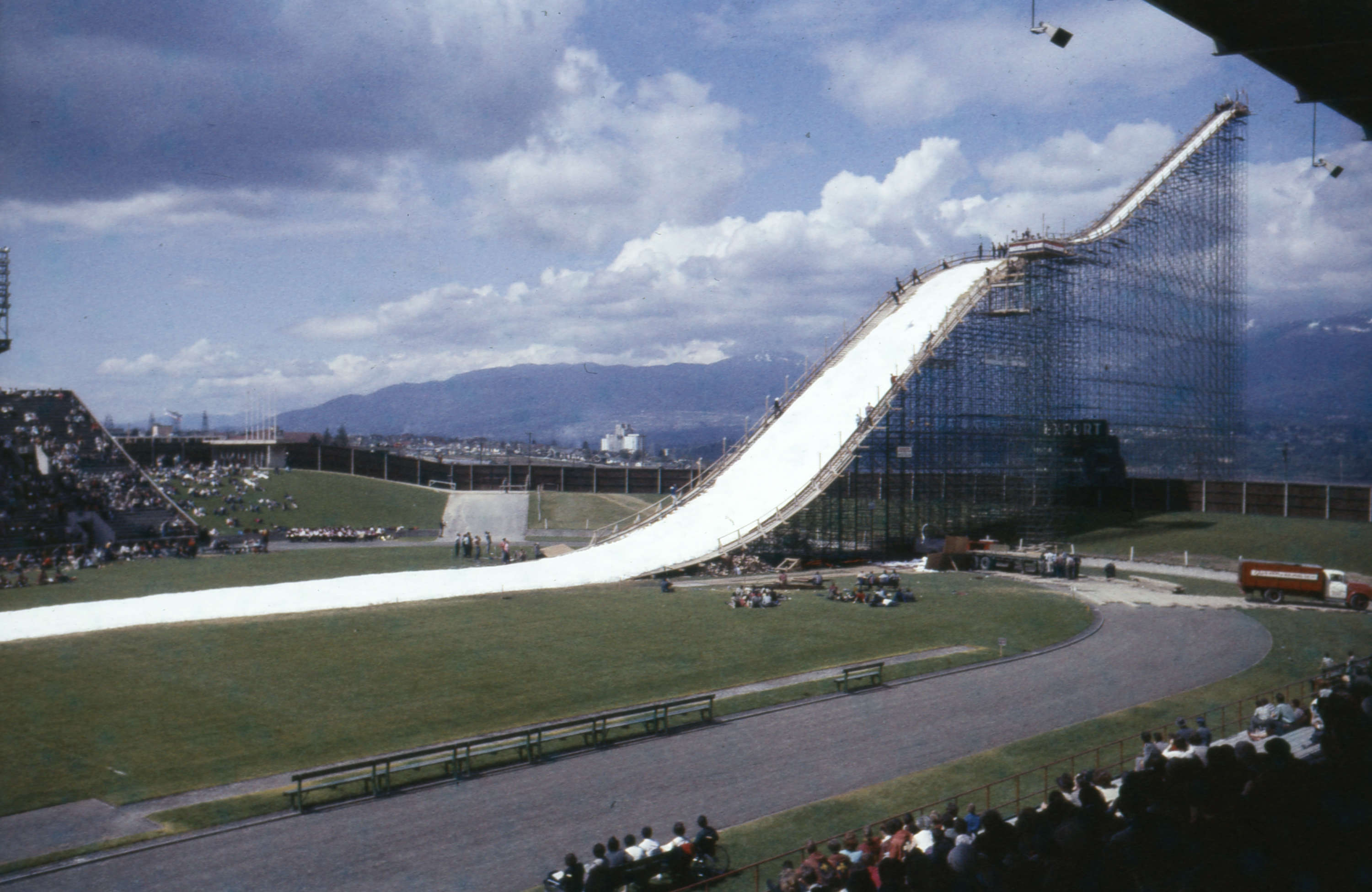 Using 22.5 kilometres (14 miles) of tubular steel, it reached 50 metres (165 feet) above ground with a landing area measuring 12 metres (40 feet) wide and 27 metres (90 feet) high. “That tower was quite high,” jumper Rudy Maki of Ishpeming, Mich., recalled in an interview. “It was quite spooky walking up there. I didn’t really care for the heights, but it was a spectacular sight. It was majestic when you think about it.”

The top jumpers in the three-day event soared 43 to 46 metres (140-150 feet), among them Finnish star and world champion Juhani Karkinen, who captured two of the four competitions and the aggregate crown. While the event, held over three nights and a Saturday afternoon, attracted 24,928 paying customers, The Vancouver Sun reported more than 60,000 “free-loaded from parked cars, camp chairs and apple boxes. Sloping streets above the [east side of the] stadium provided strategic locations for field glasses.” [Vancouver Sun]

Searching the City of Vancouver Archives, I found a few other photos of a pop-up ski jump that did not appear to be at Empire Stadium and it was not as large. However, these photos — also from 1958 — are still pretty great. 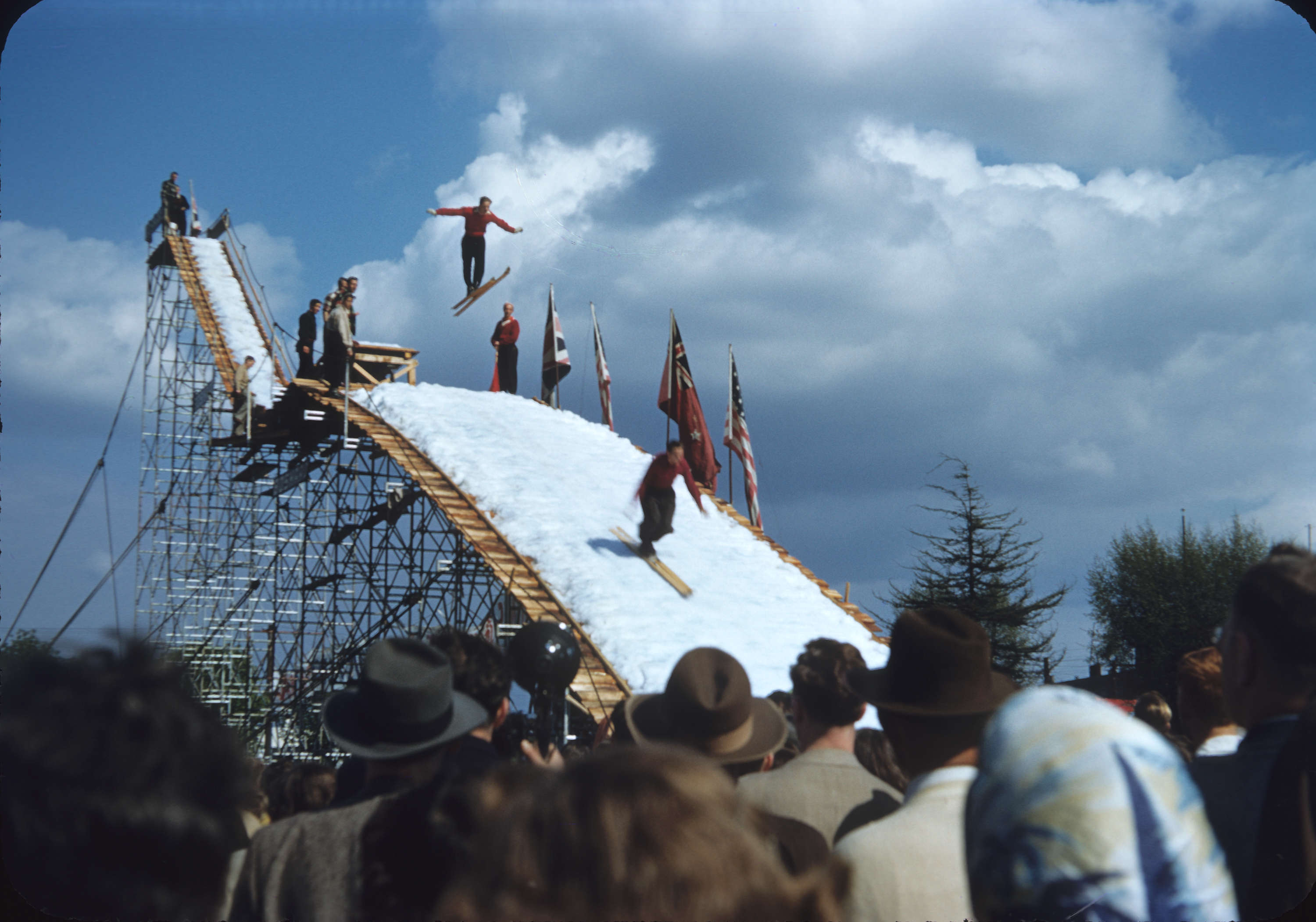 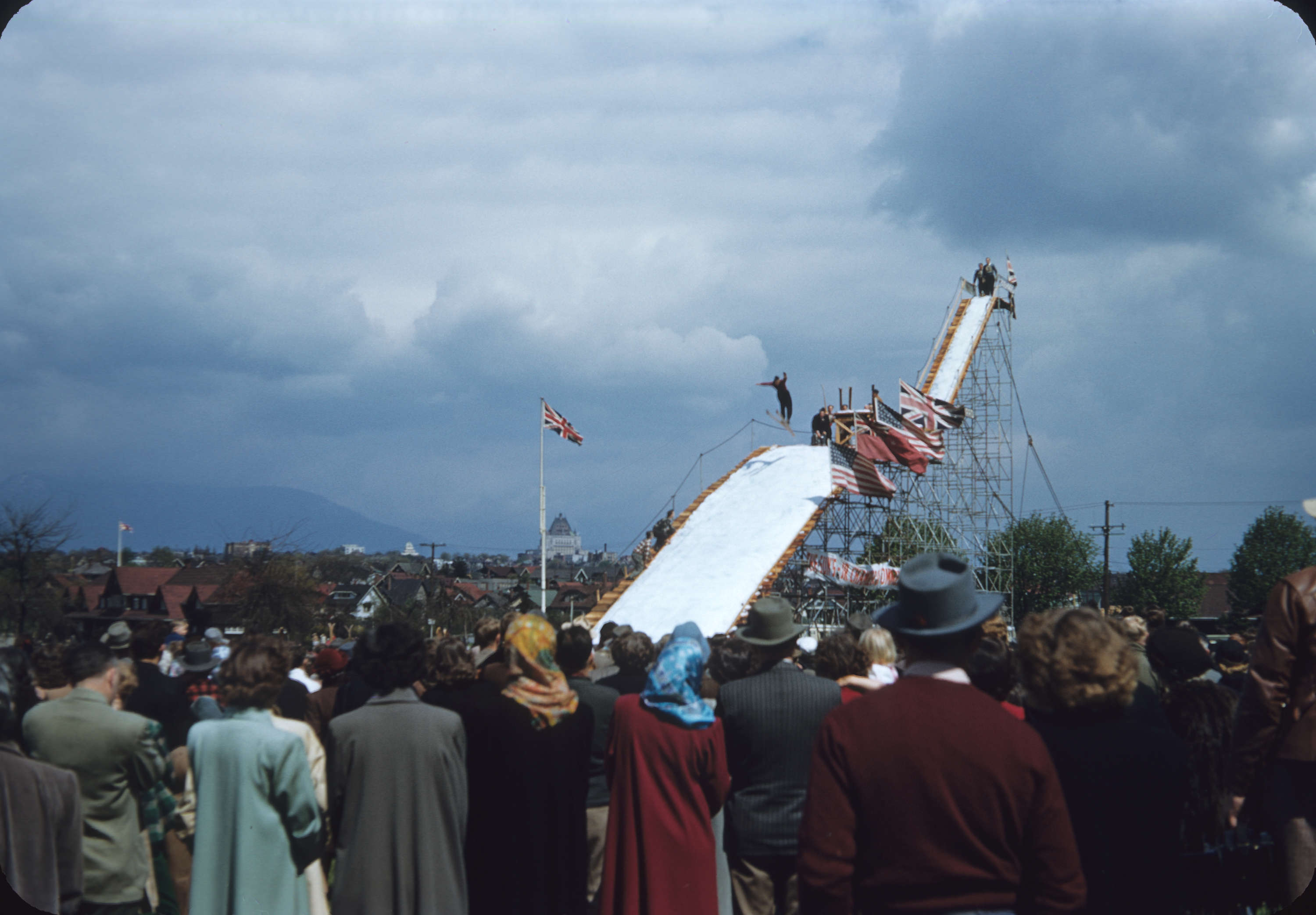 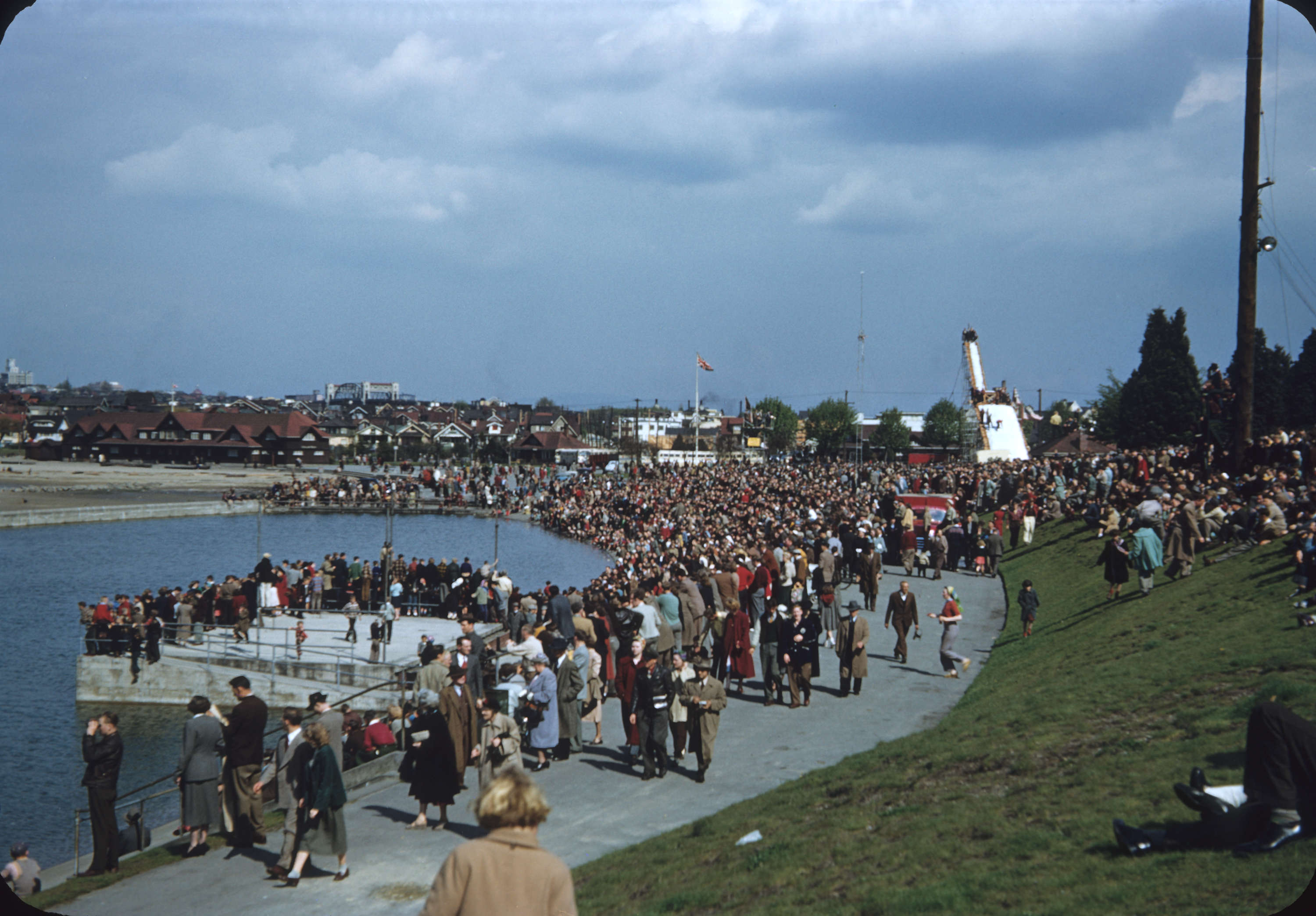