Doreen Reitsma was the first woman from BC to enter Canada’s postwar Navy and although I came across her story in a very roundabout way, I am certainly glad that I found it. I was originally searching the Vancouver Archives for photos of hats — one of my very rare fashion posts sourced from scanned historical photos. A result that came up was a picture of Eleanor Roosevelt in Vancouver. This led me to look up more information about the longest-serving First Lady of the United States’ visit to our city and how she inspired a local woman who wore a very important hat: 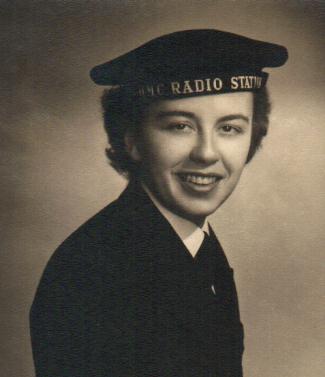 “Doreen Nettie (Patterson) Reitsma was the first woman from BC to enter Canada’s postwar Navy. In 1949, while working at the front desk of the Hotel Vancouver, Doreen Patterson met Eleanor Roosevelt, who inspired her to follow her dream of a career in Canada’s military.

Two years later, in 1951, Doreen Reitsma made history as the first to enlist in the new Women’s Division of the Royal Canadian Navy. She received her basic training at Cornwallis, Nova Scotia and was trained as an elite radio intelligence operator for the top-secret wireless communications base in Coverdale, New Brunswick. (Coverdale was part of the Canada-USA Atlantic High Frequency Direction Finding Network responsible for intelligence collection.) She also served a term at the Naval Radio Station at Churchill, Manitoba in 1953-54.

On January 26, 1955, Doreen Patterson helped inspire Prime Minister Louis St. Laurent and his cabinet to create a permanent and fully integrated regular force for women in the Royal Canadian Navy. This decision—the first in the Commonwealth—paved the way for thousands of Canadian women to follow in her footsteps. Doreen married Gerard “Bill” Reitsma, a Korean War veteran, on August 18, 1960 and was the mother of two adopted children.”