A cast of world-class skaters will bring Disney Pixar’s magical characters to life in Vancouver this month with Disney on Ice: Rockin’ Ever After. This new show will feature moments from Brave, Tangled, The Little Mermaid, Beauty and the Beast, and more. 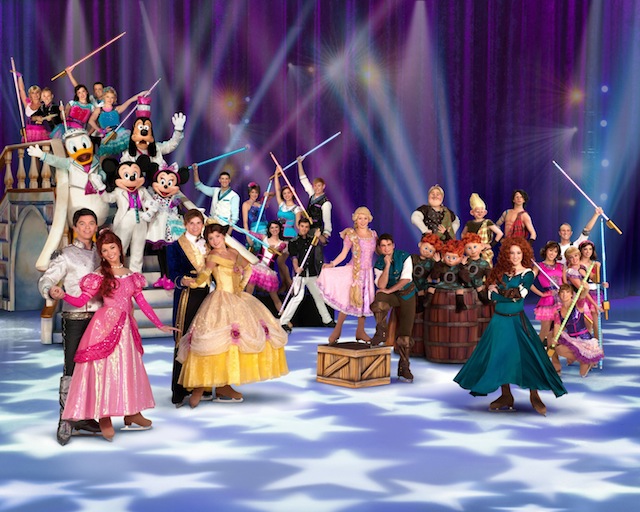 Jam to a Scottish jig as a group of royal contenders from the Academy Award-winning Disney Pixar film Brave competes to win the heart of adventurous, sharp-shooting Merida, making her on-ice debut! Experience a show-stopping performance as Sebastian breaks out of his shell for one night only to make waves with Ariel. A chorus of harmless hooligans from Tangled unleashes musical mayhem when they get a visit from the sassy and spirited Rapunzel and her charming ally Flynn. And, get your feet moving as the Beast and his castle’s enchanted entourage take center stage in a spectacular show for Belle. It will be a rockin’ remix of royalty when Disney On Ice brings this superstar line-up to Vancouver!

Tickets are currently on sale from $24, $32, $55 (VIP) and $80 (Rinkside). Kids tickets available for only $15 each for select seating and performances (discount not valid for Saturday & Sunday 3:30pm shows). Special Opening Night discount tickets available for $14 each (not valid for premium level seating). Purchase tickets online, charge by phone at 604-757-0345 or in person at the venue box office.

I have a family 4-pack of tickets to give away to Disney on Ice: Rockin’ Ever After at the Pacific Coliseum. Here’s how you can enter to win:

RT to enter to win a 4-pack of tickets to @DisneyOnIce in Vancouver from @Miss604 http://ow.ly/qDCAD

Update The winner is janet price!