The site of the first city hospital in Vancouver has been commemorated as part of the Vancouver Heritage Foundation‘s Places That Matter plaque project. On October 9th, the foundation hosted a plaque presentation ceremony at the site, which is now an Easy Park lot. 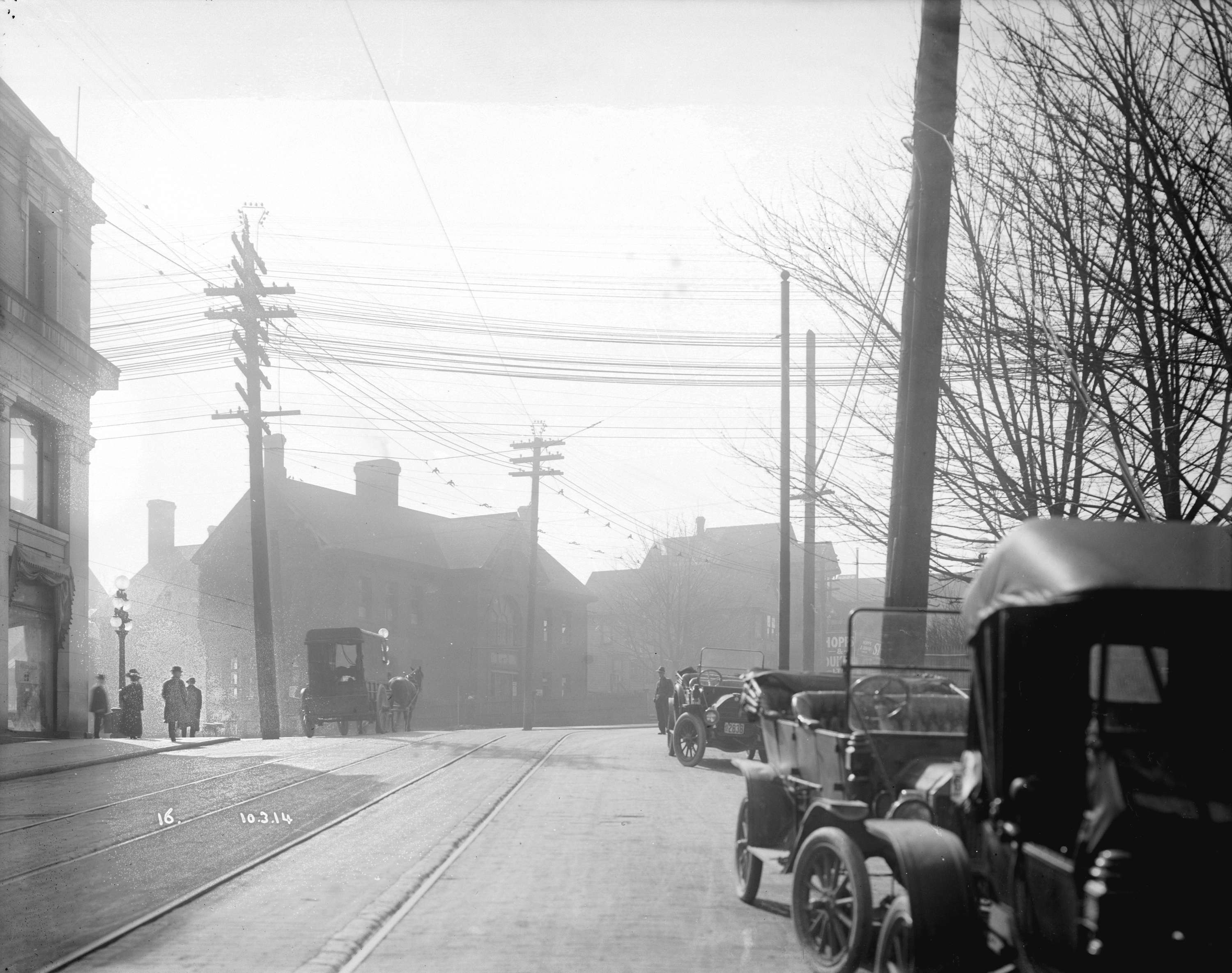 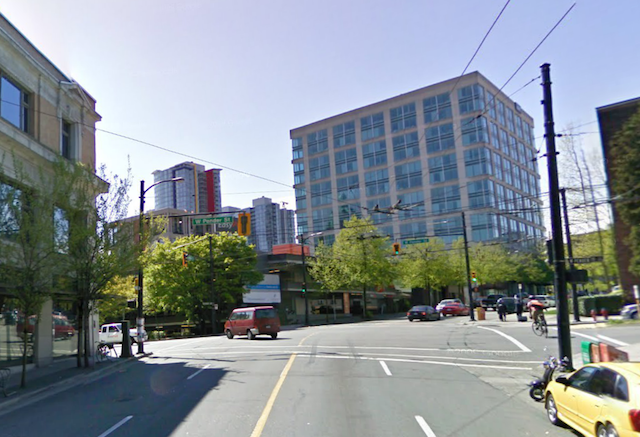 Vancouver’s first city hospital was a tent destroyed during the great fire of 1886 and was replaced by a small 9-bed facility that didn’t meet the needs of Vancouver’s quickly growing population. In 1888 the first city hospital building was erected on Pender, in a corner lot between Beatty and Cambie Streets. 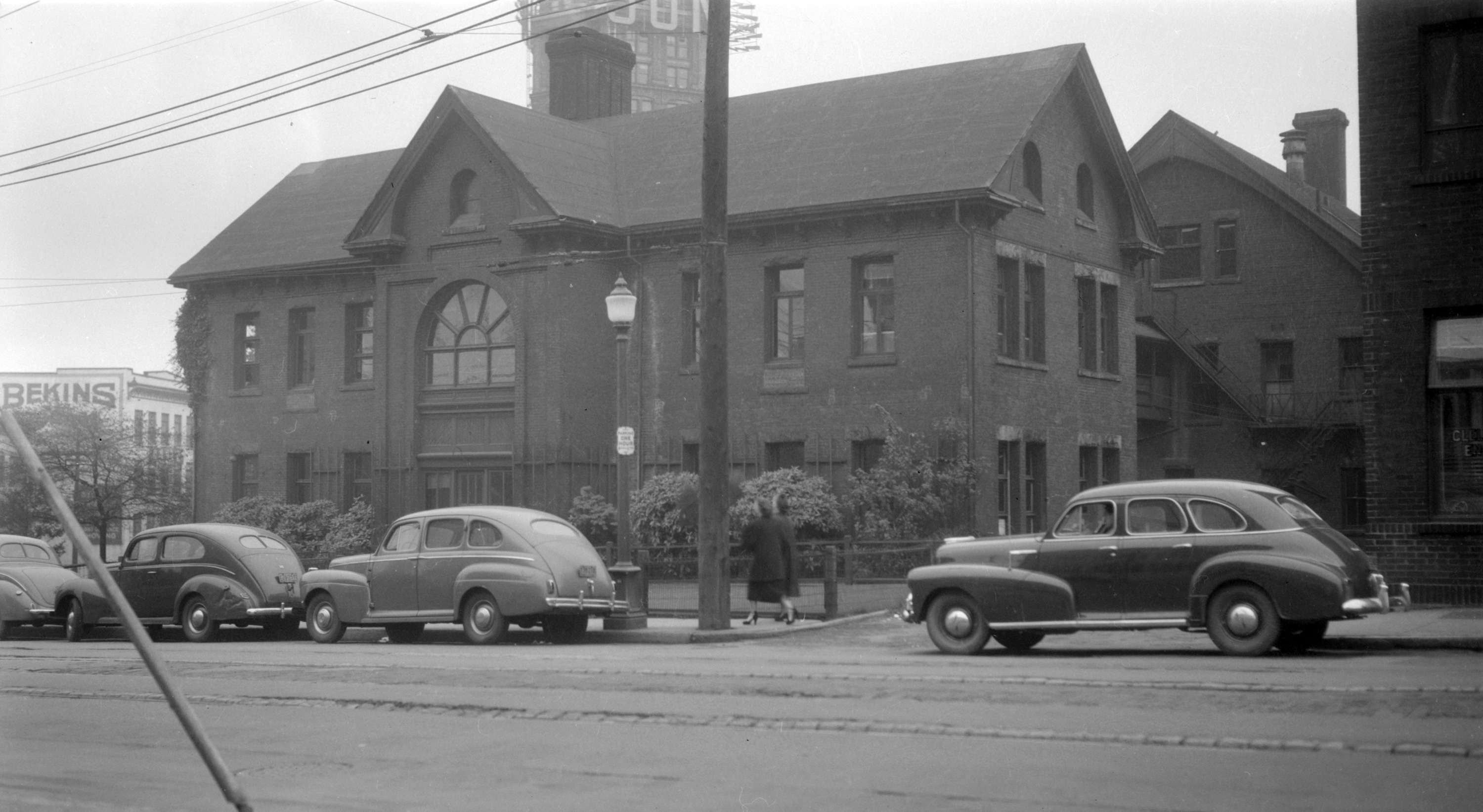 “For a tiny little city of just a few hundred or a thousand people, this was really the beginning of organized medical care in the city, ” explains [Michael] Kluckner. “So, just from that point of view I think it’s pretty significant.” Less than 20 years later, Vancouver had outgrown the 50-bed facility that formed the first city hospital, but the three buildings had a useful life, even after the 1906 opening of VGH. During the Great Depression, Kluckner points out they served as the City Relief Office, where many destitute Vancouverites would seek assistance. “In that era, it wasn’t that you would be handed a cheque. You would be handed a sack of potatoes and a piece of meat to carry home!” [Source: News1130]

The original building was demolished in the 1940s so the Places That Matter plaque has been positioned on the parkade. It seems like that’s the way things go in Vancouver sometimes. We relish the opportunity to get a glimpse of what was here before us as we continue to grow and built up the town around us. Discover more Places That Matter to Vancouver online.