On this day in history (October 9, 1970) the Vancouver Canucks played their first (regular season) game as a National Hockey League team. Today, they took their 43rd team photo on the ice at Rogers Arena and in honour of this, I found an early team photo back from the Canucks’ days in the Pacific Coast Hockey League: 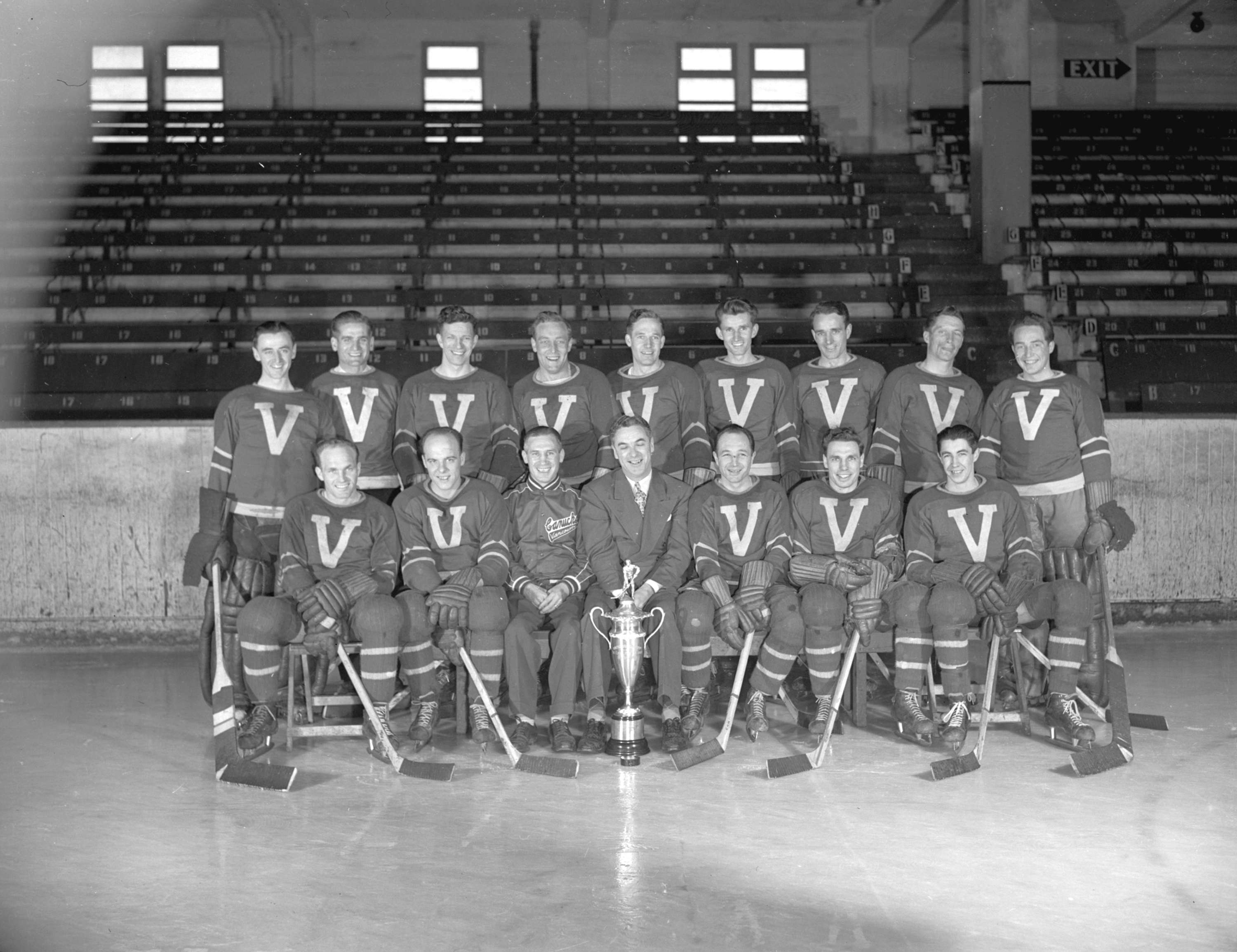 And a few more photos from the Vancouver Public Library archives from the team’s PCHL and Western Hockey League days: View more “Then and Now” photos and Vancouver history in my archives.