The Indigo Girls have been touring the world for the last 25 years and they’re about to embark on a new Canadian Tour this fall. Amy Ray and Emily Saliers are a timeless folk rock duo that has released albums since 1987 both as a group and individually. 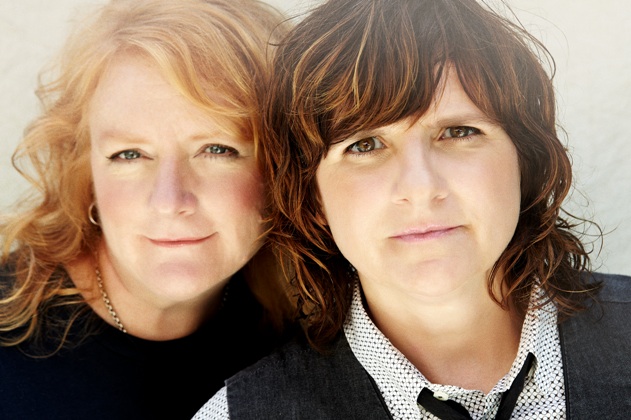 These social-conscious women each have a long list of accomplishments such as setting up a non-profit, restaurant entrepreneurship, and authoring books. The Two North Canadian Tour will kick-off in Vancouver on Saturday, September 21st and will head right across the country, playing from Nelson to Moncton through to October.

Decades into their career, the Indigo Girls still amaze conventional pundits with their ability to grow and thrive despite the changing state of the music industry. Emily Saliers and Amy Ray began performing together in high school. Since then, they have had a recording career that consists of fourteen studio albums, three live records, and three greatest hits compilations. Of these releases, seven reached gold status, four reached platinum, and one hit the double platinum mark, with cumulative sales in excess of twelve million albums in the US.

With the duo’s tour history spanning twenty-five years, as well as their staunch dedication to a number of social and environmental causes, the Indigo Girls have earned a devoted following over the years. So many artists who launched their careers in the late 1980s have slipped from our collective memory. In contrast, the Indigo Girls stand tall, having earned the lasting respect of a multi-generational audience.

If you would like to win your way in to see The Indigo Girls live in Vancouver, I have a pair of tickets to give away thanks to Paul Mercs Concerts. Here’s how to enter the draw:

RT to enter to win tickets to Indigo Girls from @PMConcerts + @Miss604 http://ow.ly/ohY2Z

I will draw one winner at random from all entries at 12:00pm on Monday, September 2, 2013. Follow Paul Mercs Concerts on Facebook and Twitter to learn more about upcoming shows and artist events in your area.

Update The winner is @aeamratlal Glenda!

Also on Miss604.com
« Discovery Day at the Surrey Nature Centre
Archive Photos of the Day: Horses »