With success in theatre, film, television and most definitely as Grammy Award-winning musician, Harry Connick Jr will be taking to the Queen Elizabeth Theatre stage this August in Vancouver. 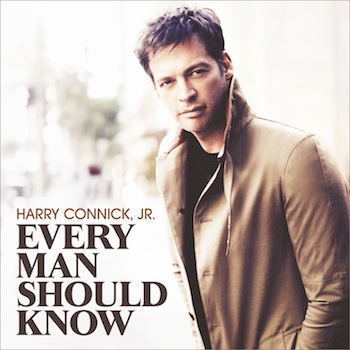 His love of music and performing dates back to his childhood in New Orleans, where he studied piano with such luminaries as James Booker and Ellis Marsalis. He first performed publicly at age five, appeared on his first recording at age nine, and released his self-titled major label debut for Columbia Records at 19, only a year after his high school graduation and his move to New York City.

Harry Connick Jr. has since released 24 albums, totalling more than 28 million in sales, and has received numerous music honours, including three Grammy Awards.

Thanks to Live Nation, I have a pair of tickets available to give away for his concert. Here’s how you can enter to win your way in to see the multi-talented Harry Connick Jr live in Vancouver:

I will draw one winner at random from all entries at 12:00pm on Wednesday, July 31, 2013. Follow Live Nation on Facebook and Twitter for all the latest local concert information.

Update The winner is janice montroy!