Today I’ll be at the BC Children’s Hospital (“BCCHF”) Miracle Weekend broadcast as this annual two-day celebration showcases patients, their families, caregivers and supporters who come from every corner of BC. The Miracle Weekend has been raising funds to support the urgent needs of the BCCHF since 1988 but I thought I would share a little bit more about the hospital’s history:

1923: The Women’s Institute, a province-wide group of community-minded women, sparked the idea of creating a Crippled Children’s Hospital in Vancouver.
[Vancouver History]

1931: The City of Vancouver granted the Crippled Children’s Hospital Society 3.4 acres of land between 59th and 60th Avenues and Manitoba and Columbia Streets.
[Vancouver History]

In 1933, the Crippled Children’s Hospital on West 29th Avenue and Heather opened with 25 beds for children from birth to 14 years of age.

May 13, 1934: Acting Premier A. Wells Gray cut the ribbon on a 25-bed children’s hospital, opened in 1933 at 250 West 59th Avenue. The official opening ceremony had been delayed for months by a scarlet fever outbreak.
[Vancouver History]

The first car used by the Children’s Travelling Clinic was introduced in 1948. This vehicle was used to transport nurses and doctors throughout the province to provide specialist follow-up care and diagnose new patients for referral to the hospital and also to assist local doctors. This is a tradition continuing today in dozens of disciplines at BC Children’s Hospital.

Children’s Hospital began to develop care and treatment plans that kept kids out of hospital or allowed children to heal faster and return home sooner. New clinical and surgical advancements reduced the need for acute care beds in other hospitals, and allowed BC Children’s Hospital to centralize and focus on advanced care. Because of this change in pediatric health care, the province recognized that a new hospital building — with more room for clinical care and research, and to accommodate advancements in technology — was necessary.

The sod was turned at the BCCHF’s current site on Oak and 28th avenue in 1977 and the new hospital opened in 1982. 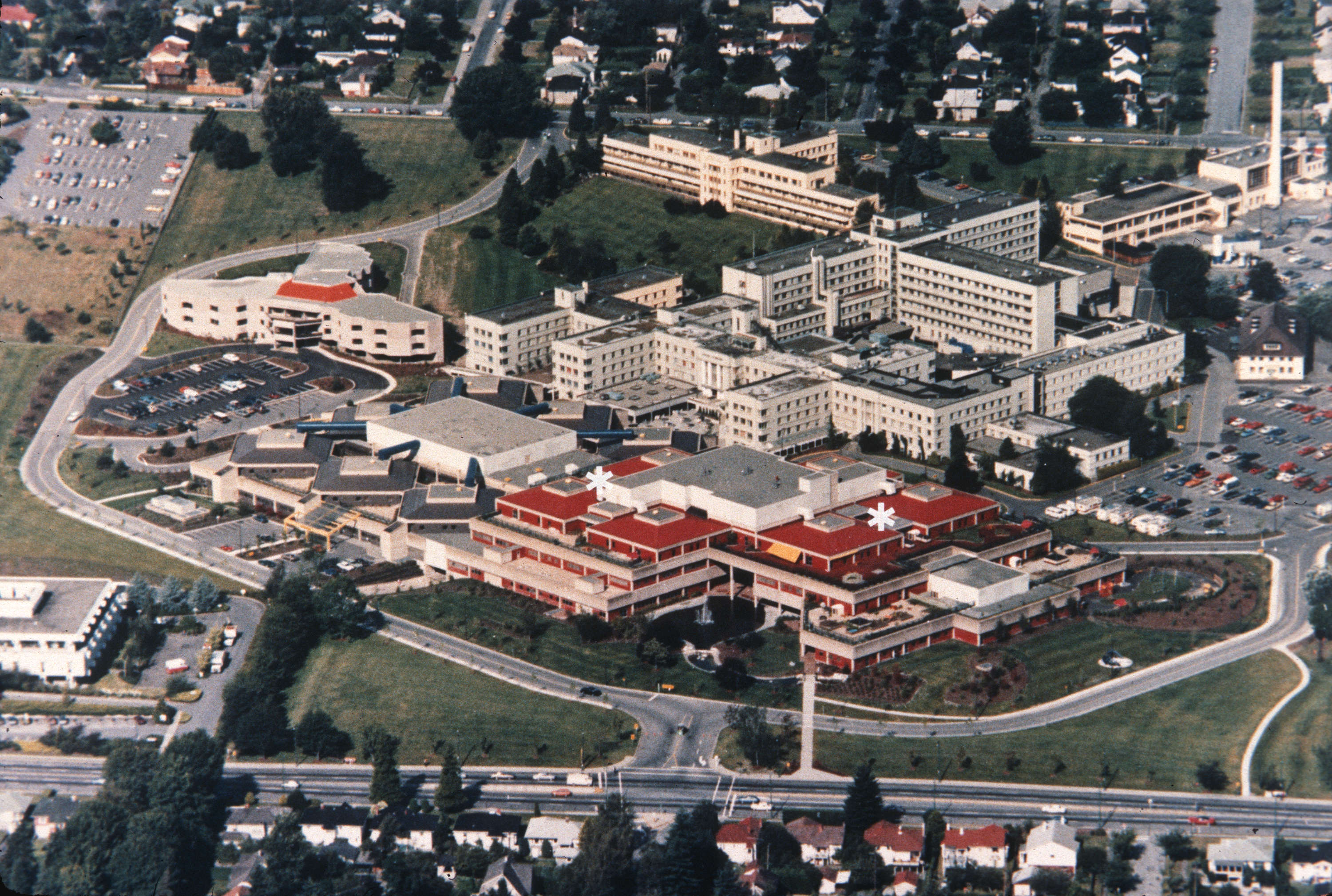 An addition included the Children’s Variety Research Centre, which opened in 1985. However, while this new hospital building was a vast improvement from the old, cuts in the construction budget reduced the size and the flexibility of building design needed to continue to adapt to change. Further construction was needed almost as soon as the doors opened. Miracle Weekend began in 1988.

Construction began on the Ambulatory Care building in 2001, and it opened in 2003 providing room for outpatient clinics such as audiology, dentistry, and Spina bifida and cystic fibrosis clinics. The construction of a Mental Health building began in 2005 and it opened in 2006, serving children and adolescents with serious mental health challenges from across the province.

Today, the BC Children’s Hospital needs more space. A new state-of-the-art health facility is the 7-floor Acute Care Centre that will include Children’s Inpatient Units, an Emergency Department, Medical Imaging, a Surgical Suite, Hematology/Oncology and Intensive Care. It will also include an Assessment Room, a High-Risk Labour and Delivery Suite, and a Neo-Natal Intensive Care Unit for BC Women’s Hospital. Some of the existing buildings on the Oak Street campus will be renovated to support the move of the Sunny Hill Health Centre for Children to the site, and BC Women’s Hospital programs will be expanded. You can read more on the redevelopment project website.

You can support my campaign online for the BC Children’s Hospital foundation and tune in to Global BC today until 5:30pm to hear about their work, their stories, and the lives they have touched.

Last year, Miracle Weekend raised over $17 million for the BC Children’s Hospital, setting a new record. In total, these events have raised over $188 million for the hospital since 1988. Donations are used to support the purchase of life-saving equipment, research into the treatment, prevention and cure of childhood diseases, recruitment and educational programs for caregivers, and programs in communities throughout the province.

Share7
Tweet
Share
Pin
Email
Reddit
WhatsApp
7 Shares
Current Contests on Miss604
*All contests are open to residents of Canada only, unless otherwise stated. Contest timelines are published on each individual post along with entry methods. Some contests may only be open to those 19 years of age and older. Winners are announced on the contest blog posts. Contest policy »
Comments are closed on this post
Advertisement